SEOUL, July 9 (Yonhap) -- President Moon Jae-in on Friday expressed gratitude for the support the U.S. Congress has provided in the advancement of the decades-old Seoul-Washington alliance during a meeting with a group of visiting U.S. lawmakers at Cheong Wa Dae.

Moon hosted a reception for the visiting members of the U.S. Congressional Study Group on Korea (CSGK), a bipartisan study group on South Korea, at the presidential office. The CSGK, consisting of about 54 U.S. lawmakers, was launched in 2018 as part of diplomatic efforts to deepen ties between the two allies.

In the meeting, Moon assessed that Seoul-Washington relations were "opening up a new chapter of cooperation as a more comprehensive and mutually beneficial alliance" following his summit with U.S. President Joe Biden in late May. 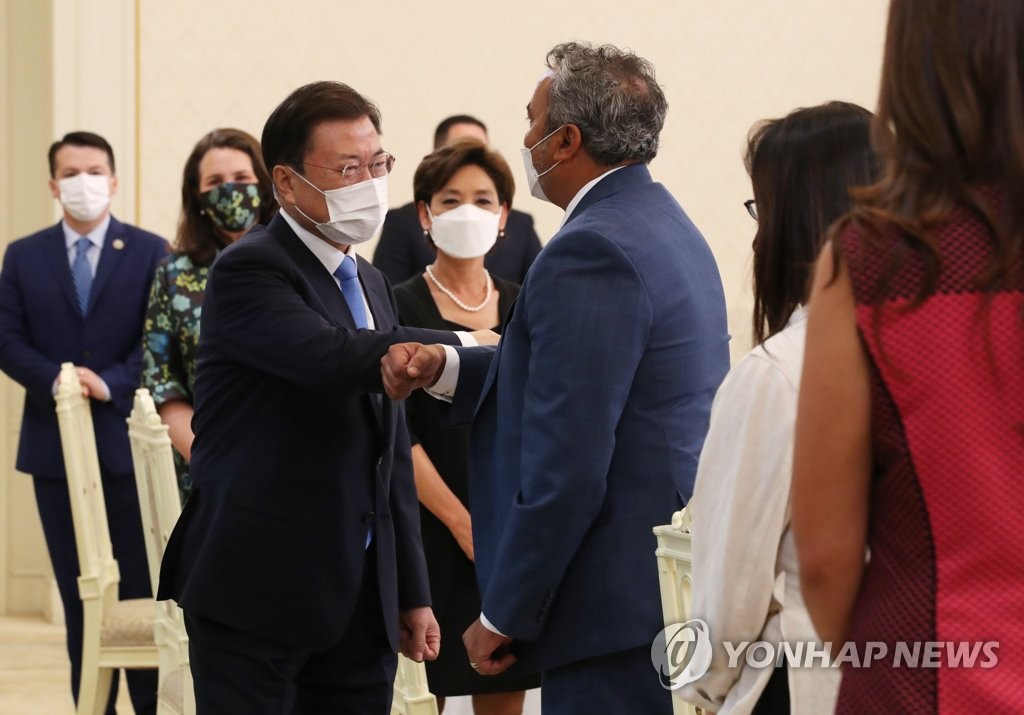 Moon also thanked the U.S. Congress for its role in supporting the advancement of the alliance and asked for continued interest and backing from American lawmakers to push forward the Seoul-Washington alliance into "the most exemplary" partnership and promote "lasting peace for the Korean Peninsula."

Rep. Ami Bera (D-CA) also praised the results of the recent bilateral summit as a success and highlighted that the arrival of the CSGK delegation exemplified the importance of the U.S.-South Korea relationship. He also expressed thanks for Seoul's support to the United States at the early stage of the COVID-19 pandemic.

Korean American Rep. Young Kim (R-CA) told Moon that she is proud of her Korean heritage and praised highly the two country's summit agreement to cooperate in improving the human rights condition in North Korea.

Kim also asked for the South Korean government's help to free two North Korean families that are reportedly in Chinese custody after having escaped from their home country. The congresswoman requested that Seoul contact Beijing to bring the families in question safely to South Korea. 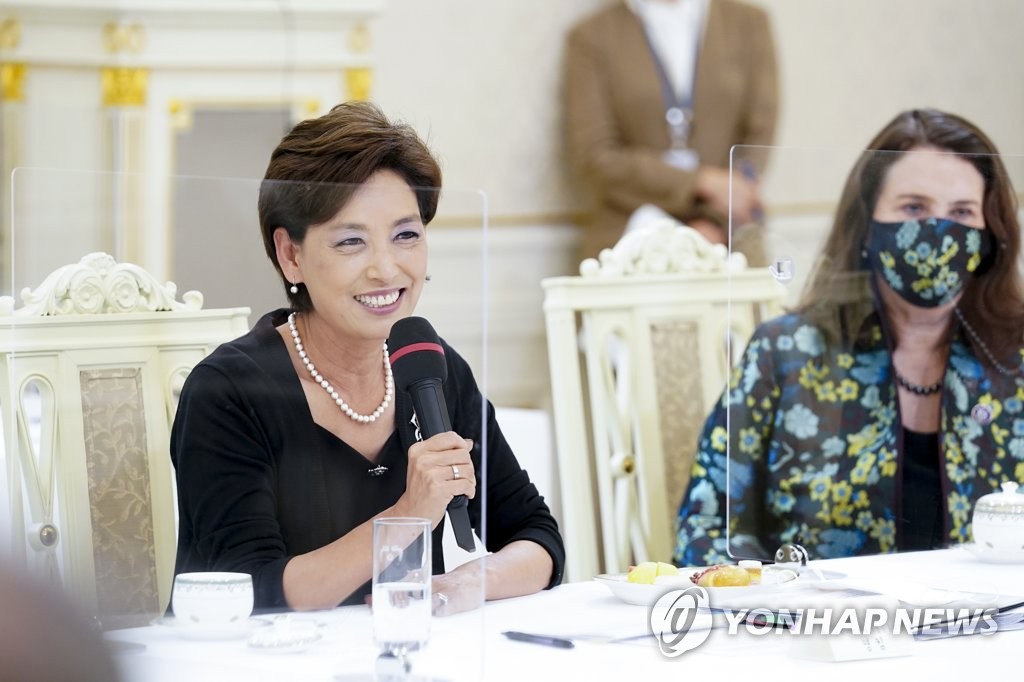 Moon thanks U.S. Congress for support in advancement of Seoul-Washington alliance

Moon thanks U.S. Congress for support in advancement of Seoul-Washington alliance