The pop-disco track, co-written with Sheeran as well as high-profile producers, like Steve Mac, Johnny McDaid and Jenna Andrews, turned out to be another cheerful song aimed at lifting spirits amid the pandemic that is showing no sign of letting up.

If the seven-piece act's November release "Life Goes On" had urged listeners to go ahead with life despite its hardships, this song shares the message in a more fun and casual way through lyrics like "We don't need to worry/ 'Cause when we fall, we know how to land/Don't need to talk the talk, just walk the walk tonight/ 'Cause we don't need permission to dance." 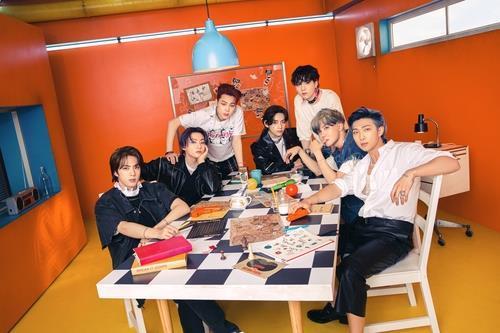 The music video for the new release is proof of this.

The nearly 5-minute clip shows the seven members dancing to the song in a carefree and energetic manner while showing people of various ages and nationalities also dancing in everyday settings.

Big Hit Music, the act's label, explained that the choreography for the song incorporates international sign language for words like "fun," "dance" and "peace," which all have positive meanings and are easy to follow for everyone.

The positive vibe of the music video explodes as the seven members and a large crew dance in front of scores of purple balloons that float upward to the sky. Purple is the color that symbolizes BTS and its powerful fan base -- also known as Army.

The music video has racked up more than 16 million views on YouTube as of 14:53 p.m., less than two hours following its premiere at 1 p.m. 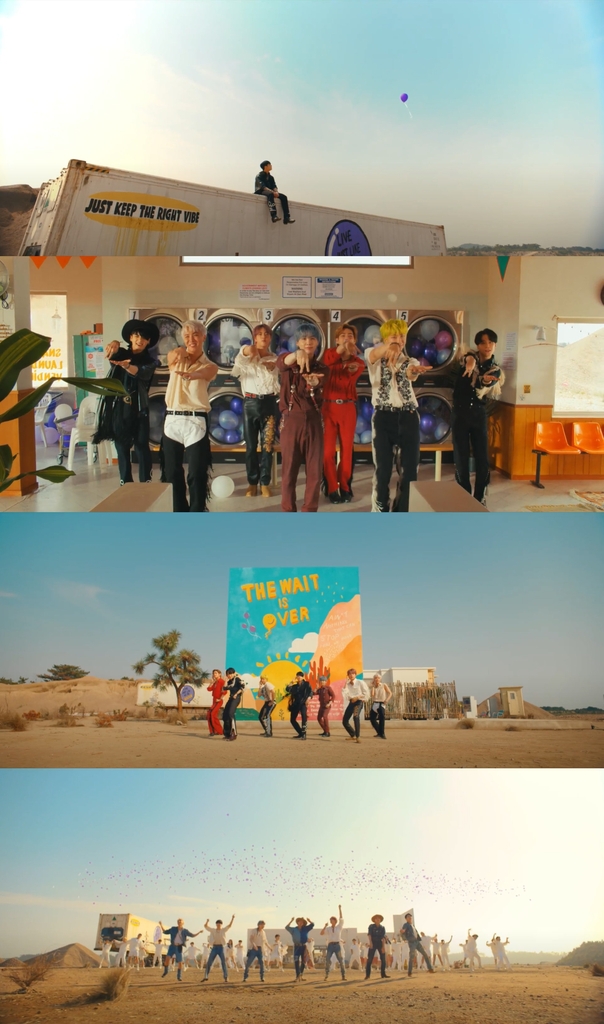 "Permission to Dance" is part of the group's new album "Butter" released Friday.

The physical album carries four tracks, including the May release that has topped Billboard's main singles chart for six straight weeks in the group's best music chart record. It also carries "Permission to Dance" and instrumental versions for the two songs.

BTS is set to perform the song for the first time in "A Butterful Getaway with BTS" that is scheduled to be livestreamed on South Korean internet platform Naver at 9 p.m.

The group will also appear on the popular American talk show "The Tonight Show Starring Jimmy Fallon" on Tuesday and Wednesday (U.S. time) to perform the two songs. 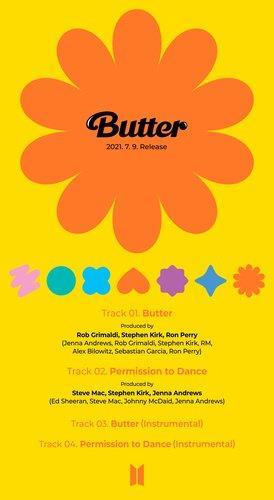