SEOUL, July 10 (Yonhap) -- South Korea has rebutted concerns expressed by a group of U.N. special rapporteurs that a new law that bans the launching of anti-Pyongyang propaganda leaflets across the inter-Korean border could restrict freedom of expression, a government document showed Saturday.

In April, Tomas Ojea Quintana, special rapporteur on North Korea's human rights situation, along with three other rapporteurs, voiced concerns in a letter towards South Korea's so-called anti-leafleting law passed late last year. They expressed concerns that the ban may "negatively impact the enjoyment of the right to freedom of expression" and the "legitimate activities" of nongovernmental organizations in Seoul.

The law prohibits the launching of anti-Pyongyang leaflets across the border, with violators subject to a maximum prison term of three years or a fine of 30 million won (US$27,400).

In response, the South Korean government delivered a written response on the matter to the Office of the U.N. High Commissioner for Human Rights on Friday, according to the U.N. rights office. In it, Seoul argued that the law restrains freedom of expression to the minimum level to protect public safety and is in line with levels permitted by international human rights agreements.

The government also stressed the need to control leafleting activities through the law, as such actions have brought about continuous threats to the lives of residents living in the border area despite repeated administrative measures against the actions.

The government also explained that the nature of the law wasn't about the restriction of freedom speech but rather centered on applying minimum limitations to a specific method in expressing one's opinion.

South Korea has stressed that the leafleting ban is necessary to protect the lives and safety of residents living in the border areas as such leaflets could provoke the North to take bellicose action. 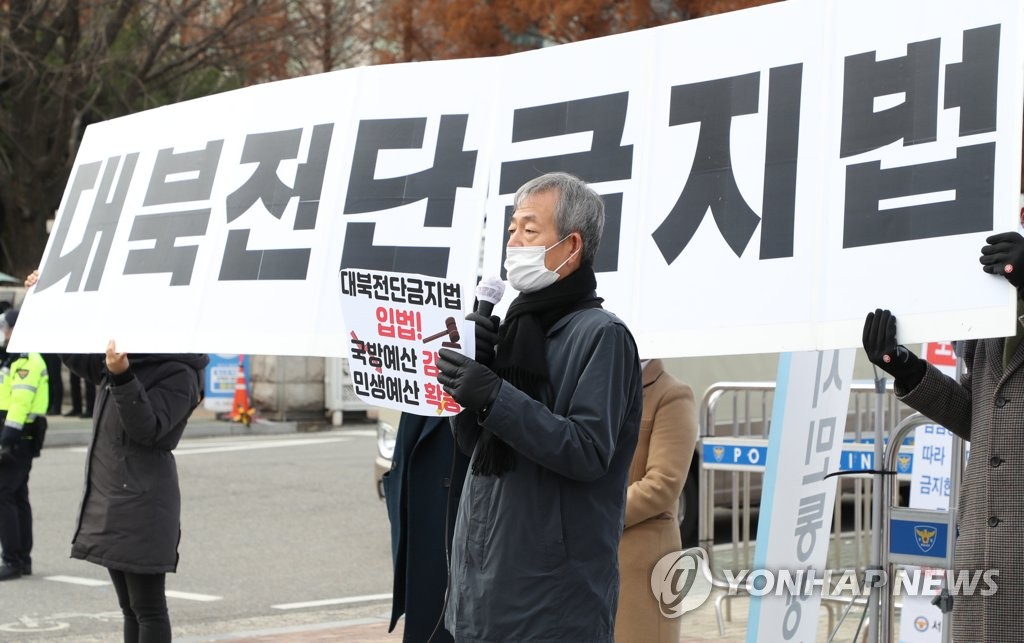