SEOUL, July 11 (Yonhap) -- South Korea's daily new COVID-19 cases rose above 1,300 for the third straight day Sunday, as health authorities were set to impose the toughest virus curbs in the greater Seoul area to bring the fourth wave of the outbreak under control.

It is the first time that the nation's daily infections have risen above 1,300 for three straight days since the beginning of the pandemic. Sunday's figure compares with 1,275 on Thursday, 1,316 on Friday and 1,378 on Saturday.

As of 6 p.m. Sunday, South Korea reported 921 new cases, down one from the same time the previous day, including 702 cases detected in Seoul and its adjacent areas, according to health authorities and local governments.

Daily cases are counted until midnight and announced the following morning, and the daily tally for Monday is again expected to surpass the 1,000 level. 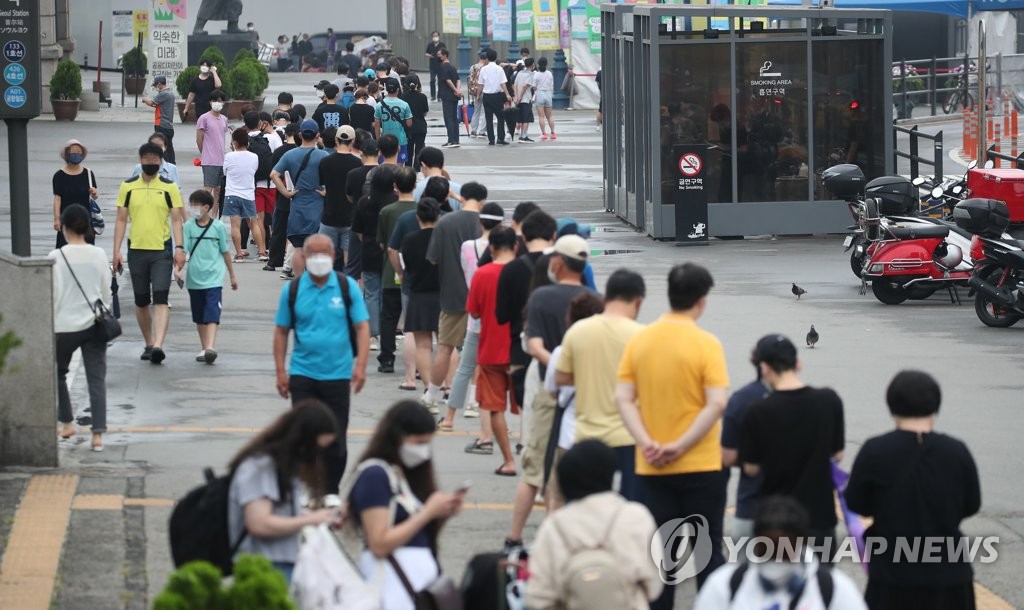 Starting Monday, the government will raise virus curbs to the toughest level in Seoul and its neighboring Gyeonggi Province and Incheon for two weeks.

Under the Level 4 rules, private gatherings of three or more people will be banned after 6 p.m. and in-person classes will be closed. Weddings and funerals can only be joined by relatives. Entertainment establishments, including night clubs and bars, will be ordered to shut down, while restaurants will be allowed to have dine-in customers until 10 p.m.

If vaccinations gain pace and people strictly comply with virus curbs, the number could drop to between 260 and 415 in September, the KDCA said. 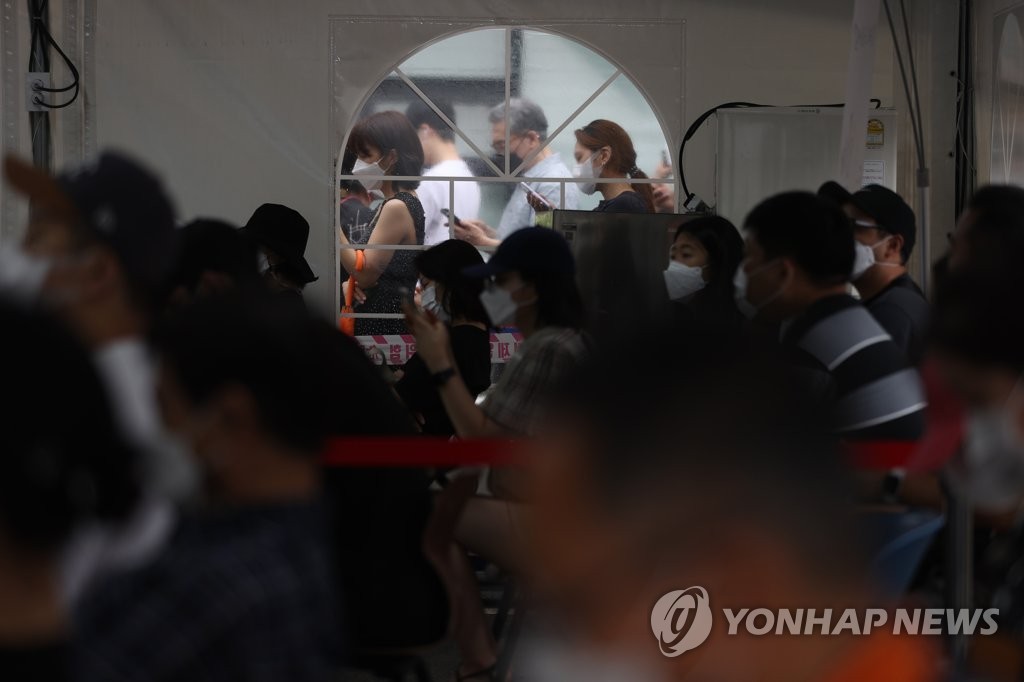 Authorities said the number of delta variant cases confirmed last week in the greater Seoul area was twice that of the alpha variant.

"Mutated virus variants themselves have yet to become the dominant coronavirus strain that makes up more than half (of total infections)," Sohn Young-rae, a senior health ministry official, said in a press briefing. "Coronavirus variants of several kinds are being found in one third of (new coronavirus patients currently)," he said.

As of midnight Saturday, the rate of positive tests was 6.42 percent, up from 3.68 percent a day earlier.

The higher positivity rate means that the number of confirmed infections was higher despite fewer tests over the weekend.

About 500 people tested positive each day in Seoul. A cluster infection at a department store in Gangnam Ward has reported 109 cases so far. There were 60 infections linked to a restaurant in Seoul's Yeouido.

Of the newly confirmed domestic cases, 501 were from Seoul, 399 from the surrounding Gyeonggi Province and 65 from the western port city of Incheon.

There were 44 additional imported cases, with 40 of them from Asian nations.

The total number of people released from quarantine after making full recoveries was 153,760, up 607 from a day earlier.