SEOUL, July 11 (Yonhap) -- South Korea expresses strong regrets over the "unilateral" leak of talks with Japan over a possible bilateral summit on the occasion of the upcoming Tokyo Olympics, a Seoul official said Sunday, calling for Tokyo to respond "prudently."

The official's remarks followed Japanese media reports that Seoul and Tokyo are in talks over President Moon Jae-in's possible visit to Japan to attend the opening ceremony of the Olympics later this month and for talks with Japanese Prime Minister Yoshihide Suga.

"We express strong regrets over the fact that the content of consultations between the two countries' diplomatic authorities has recently been leaked unilaterally to media that cited Japanese officials based on Japan's position and perspective," the foreign ministry official said in a text message to reporters.

"It may be difficult to see the consultations continue under such circumstances, and we urge the Japanese side to respond prudently," the official added.

The official confirmed that Seoul and Tokyo have been looking into the possibility of the summit between Moon and Suga "on the premise that momentum will be created for the resolution of bilateral pending issues and appropriate formalities will be observed."

The pending issues include long-running issues of Japan's wartime forced labor and sexual slavery as well as its export curbs against South Korea.

Seoul has steadily been pushing to arrange a summit between Moon and Suga, hoping to find resolutions to the thorny issues and enhance cooperation in tackling shared challenges, such as North Korea's nuclear problem, amid a U.S. push to bring its two Asian allies closer. 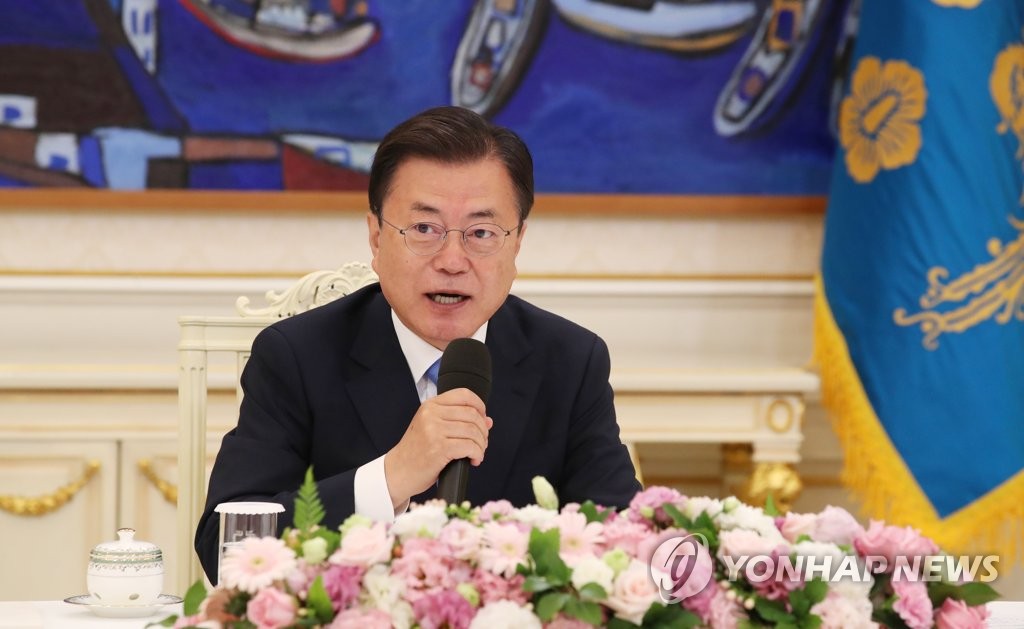