SEOUL, July 12 (Yonhap) -- President Moon Jae-in's job approval rating climbed back to above 40 percent for the first time in 18 weeks, thanks to increased support from 30-something voters and independents, a poll showed Monday.

In the survey conducted by Realmeter on 2,519 people over the age of 18 from July 5-9, Moon's job approval rating was recorded at 41.1 percent, up 3.1 percentage points from the previous week.

The result marked Moon's highest performance in public polls since the 40.1 percent figure in the first week of March, just before the administration was hit by a massive real estate speculation scandal involving public officials at Korea Land and Housing Corp.

The president saw his approval grow especially strong among those in their 30s and independent voters, up 13.5 percentage points and 9.1 percentage points, respectively, according to the survey. 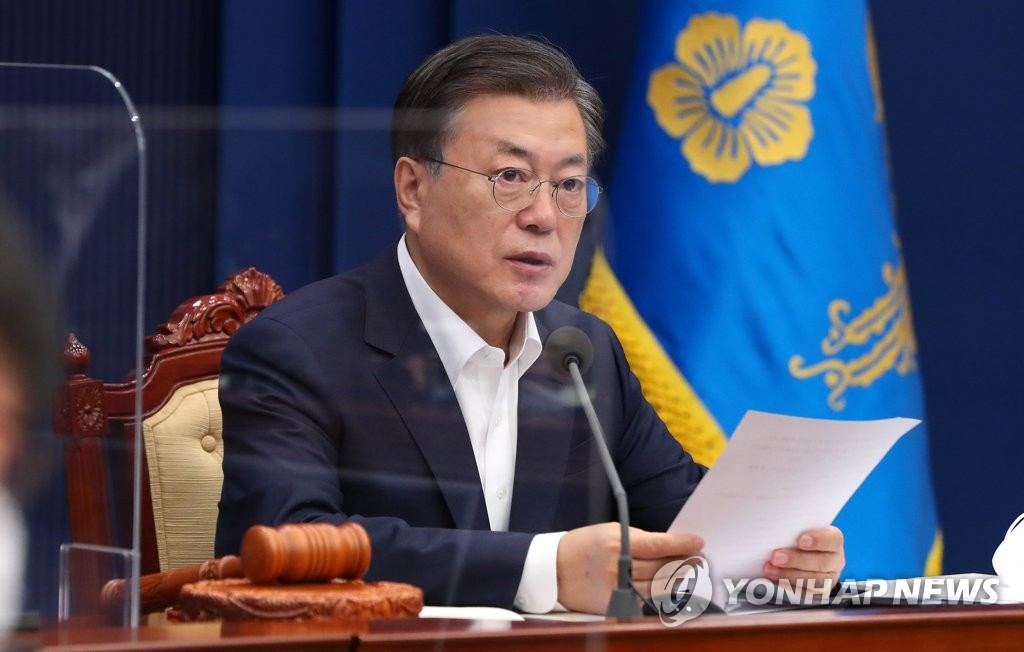 The approval rating of the ruling Democratic Party (DP) also climbed 3.3 percentage points to 32.9 percent, while the rating for the main opposition People Power Party slid 0.6 percentage point to 37.1 percent.

The poll showed the DP's rating rebounding to above 30 percent for the first time in six weeks. The party also saw its support among those in their 30s climb significantly, up 12.1 percentage points, as well as among voters in the southwestern Jeolla provinces, up 6.4 percentage points.

Realmeter cited the public's interest in the DP's ongoing primary to pick its presidential candidate and controversies surrounding former Prosecutor General Yoon Seok-youl, the leading opposition presidential contender, in the growth of both the president and the DP's ratings.

The poll commissioned by cable news network YTN has a 95 percent confidence level, with a margin of error at plus or minus 2 percentage points.

Moon's approval rebounds back to above 40 pct for 1st time since early March: poll

Moon's approval rebounds back to above 40 pct for 1st time since early March: poll