SEOUL, July 12 (Yonhap) -- Registration for preliminary presidential candidates opened Monday, kicking off what appears to be one of the most crowded presidential races in the nation's history.

The National Election Commission began the seven-month early registration period for candidates hoping to run in the March 9 election to pick a successor to President Moon Jae-in, whose term ends on May 9.

Registrants are allowed to conduct limited campaign activities ahead of an official registration set for mid-February.

Yoon was the first to submit his candidate application early Monday. 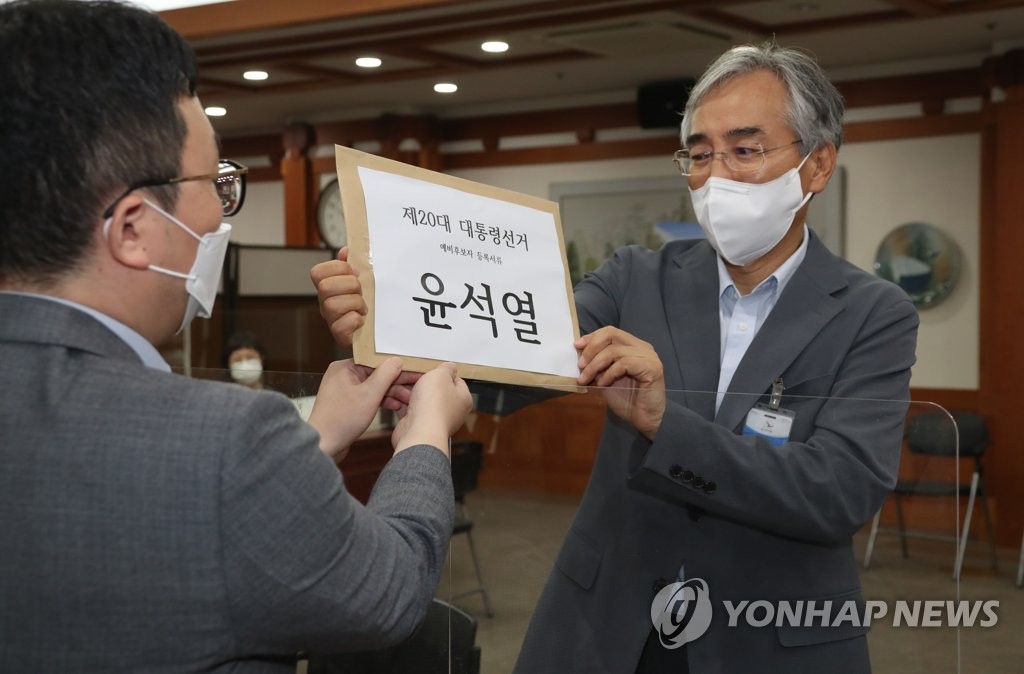 The liberal party plans to pick its candidate in September.

In the main opposition People Power Party (PPP), four prominent members, including former Prime Minister Hwang Kyo-ahn, have thrown their hats into the ring, and three others, including former presidential candidates Hong Joon-pyo and Yoo Seong-min, plan to declare their candidacy soon.

Former Prosecutor General Yoon, the front-runner among the pack of conservative hopefuls, is pondering whether to join the PPP or launch his own party.

Observers also expect two other former members of the Moon administration -- former Board of Audit and Inspection Chairman Choe Jae-hyeong and former Finance Minister Kim Dong-yeon -- to enter the conservative party, seeking its ticket to run for president.

The PPP launched its primary committee Friday and plans to pick its flag-bearer in November.

They are allowed to conduct campaigns through phone calls, text messages and emails and distribute name cards and books of election pledges.
(END)