Last month, SsangYong workers agreed to the company's offer of two-year rotational unpaid leave for 4,700 employees, an extension of a cut in wages and suspended welfare benefits until June 2023.

In the first year through June 2022, 50 percent of assembly line workers in the Pyeongtaek plant, 70 kilometers south of Seoul, and 30 percent of office workers will take turns going on unpaid leave, a company spokesman said over the phone.

The workers also agreed to the company's plan to not hire employees to replace about 150 employees set to retire each year in the next five years.

The SUV-focused carmaker has been in the debt-rescheduling process since April, as its Indian parent Mahindra & Mahindra Ltd. failed to attract an investor amid the prolonged COVID-19 pandemic and its worsening financial status.

It filed for court receivership in December after failing to obtain approval for the rollover of 165 billion won (US$148 million) of loans from creditors. 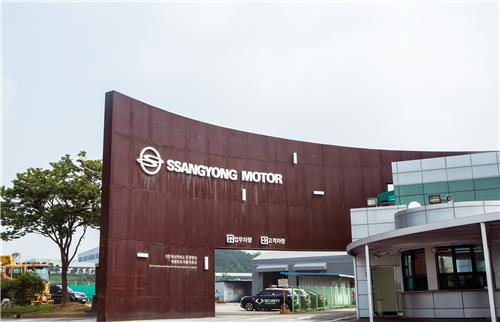