SEOUL, July 12 (Yonhap) -- The head of the main opposition People Power Party on Monday reiterated his call for the abolishment of the gender equality and unification ministries, claiming they have outlived their lifespans as special missions ministries or had no roles from the outset.

"The Ministry of Gender Equality and Family and the Ministry of Unification are given special missions, and it is time to evaluate the missions as more than 20 years have passed since their establishments," Lee Jun-seok, chairman of the People Power Party, said during a meeting of the party's supreme council.

Lee argued the gender equality ministry was pursuing misguided projects, pointing toward a 2.5 billion-won (US$2.2 million) overseas development assistant program for women in Indonesia while South Korea was supposedly experiencing a severe conflict in gender-related issues. 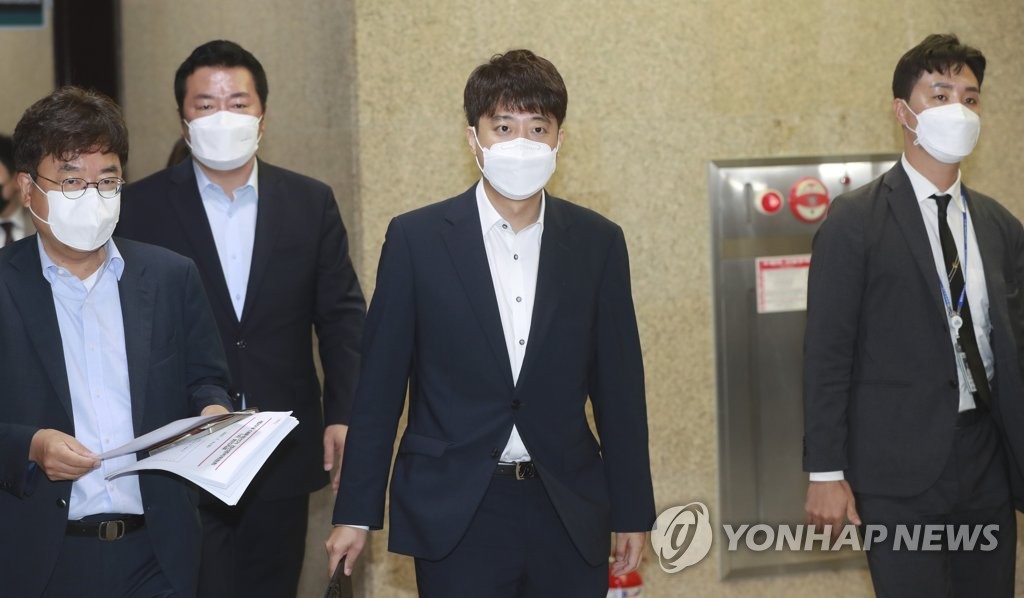 He also chastised the unification ministry for having stayed virtually mum when North Korea blew up an inter-Korean liaison office in June 2020 and when a South Korean fisheries official was shot to death in North Korean waters in September of last year.

Lee stressed that keeping in check the role of the government was a key responsibility given to the opposition and the legislative branch, and downplayed strong critiques from the ruling bloc thrown toward opinions questioning the role of the two ministries.

The political debate over the roles of the two ministries was prompted last week when high profile opposition figures publicly called for the abolishment of the agencies.

Last week, Yoo Seong-min and Ha Tae-keung, both competing to win the PPP's ticket to run in the March 9 presidential election, pledged to dissolve the gender equality ministry as part of their campaign promises.

Lee also said last week it was necessary to abolish the unification ministry, arguing a government organization "remaining in place for decades without clear results and job jurisdiction" is essentially "reckless state management and a waste of taxpayer money."