The helicopter made an emergency landing on the airstrip at an Army aviation battalion in Pocheon, 46 kilometers north of Seoul, at 10:35 a.m. while on its way to pick up a patient there, according to the Army and the local fire department.

Five crewmembers were injured, two seriously, and were moved to a nearby hospital. None of them are in a life-threatening condition, they said. The tail of the medevac chopper was partially destroyed.

"We have suspended the operations of the same type of the aircraft as of 11:10 a.m. Medical evacuation missions will be carried out by UH-60 jets," the Army said in a statement, adding they will look into the exact cause of the accident. 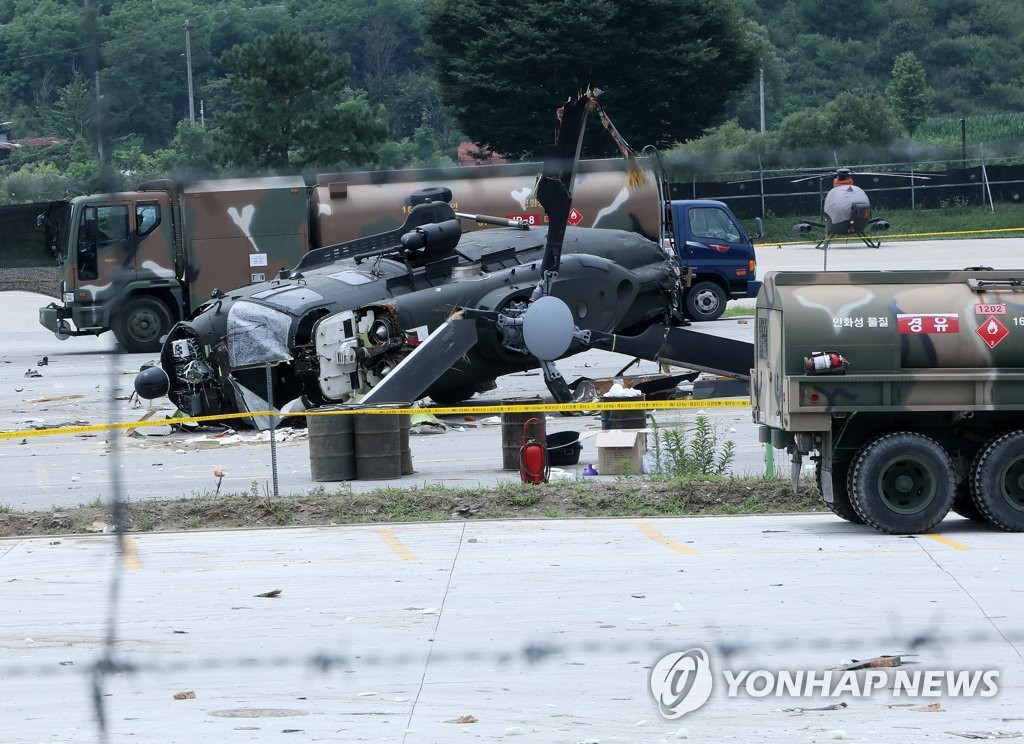