SEOUL, July 12 (Yonhap) -- Unification ministry officials expressed frustration Monday after the leader of the main opposition People Power Party called for dismantling the ministry that has overseen efforts toward reconciliation and unification with North Korea for over half a century.

Lee lumped the unification and gender equality ministries together as bodies "whose lifespans were up or which had no role to play in the beginning" and should be scrapped as part of efforts to make the government smaller.

PPP leader Lee took the issue even further in a Facebook post on Saturday, calling the presence of the unification ministry a "waste of tax money" and accused it of failing to make progress in inter-Korean reconciliation, leading to the North's blowing up of a joint liaison office last year.

These attacks rattled the ministry, with Minister Lee In-young accusing the PPP leader of demonstrating a lack of "historical awareness." The opposition leader struck back, saying the ministry should have the guts to confront the North when the South's interests are hurt.

"(Such remarks) are unfortunate and a great disappointment considering that unification is dictated in the Constitution based on a consensus among the people and that the unification ministry is in charge of this task," an official said.

"Each employee here is taking it in all differently ... there are those emotionally exasperated but we are watching the situation with concern as civil servants," he said.

The ministry came into being in 1969 as the Board of National Unification under then President Park Chung-hee. The agency was later upgraded into a full ministry responsible for all issues related to inter-Korean relations and unification.

Ministry officials stressed the role of the ministry in handling cross-border cooperation and promoting dialogue between the two Koreas given the unique situation of the Korean peninsula.

They pointed out that the opposition leader's remarks show a lack of regard for the "special" relationship between the two Koreas put forward in the Constitution and inter-Korean agreement.

In December 1991, the two sides signed the Inter-Korean Basic Agreement to facilitate inter-Korean exchanges and cooperation. The agreement dictates that the two Koreas are not in a relationship between "states" but constitute a "special interim relationship" stemming from the process towards unification.

Article 4 of South Korea's Constitution also dictates that the country shall "seek unification" and "formulate and carry out a policy of peaceful unification based on the basic free and democratic order."

The unification ministry said that the organization is necessary in realizing this "constitutional spirit" toward a peaceful unification and to advancing peace between the two Koreas. 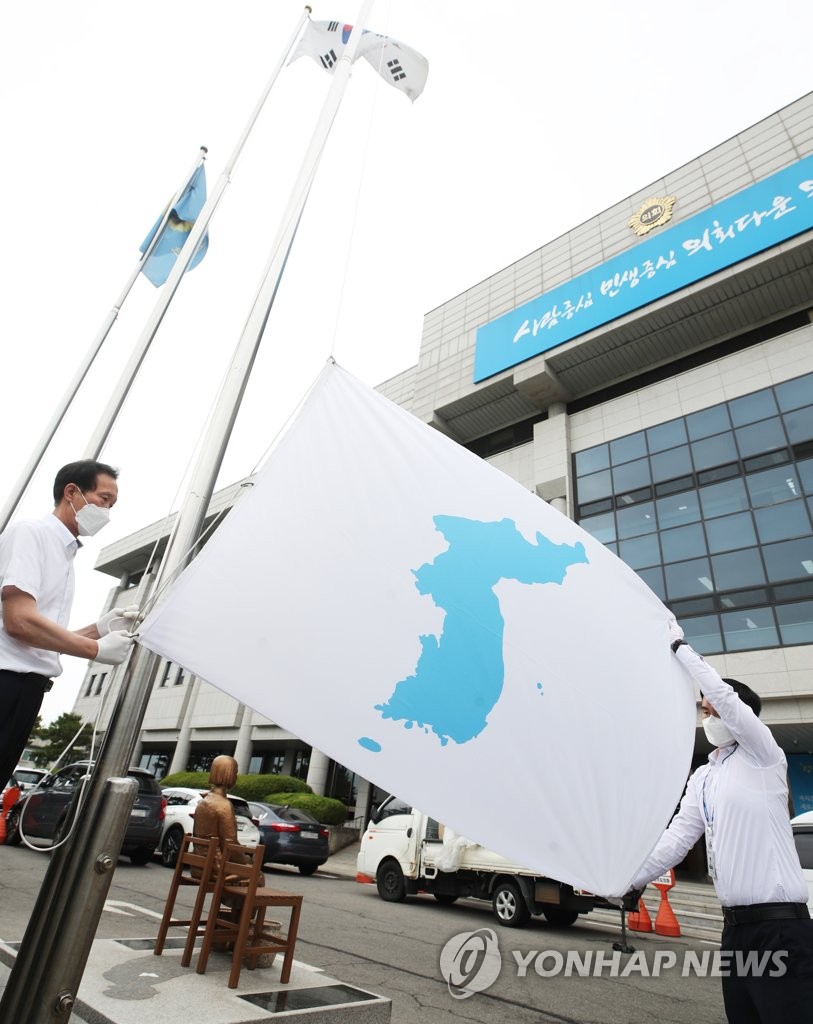 Officials also noted that the foreign ministry cannot play a sufficient role in advancing inter-Korean relations, stressing the different approach and characteristics of the two ministries.

"The basic task of the foreign ministry is in the form of diplomacy between countries, including close cooperation with the U.S. and neighboring countries as its top priority," an official said.

"Improving and developing inter-Korean relations take a different form. If we're talking about improving relations and not neglecting it, I believe that is something difficult for the foreign ministry to carry out," the official said.

He stressed that officials at the unification ministry have expertise and actual experience meeting with North Koreans, while diplomats at the foreign ministry have their own expertise in dealing other countries, such as the U.S.

"If the government gets rid of this organization, we are putting to waste at least 50 years of expertise built through inter-Korean dialogue and exchange," the official said.

Yang Moo-jin, a professor at the University of North Korean Studies, stressed that the unification ministry must remain as a government body independent of the foreign ministry.