He pledged to mobilize every possible resource to bring the fourth wave of the COVID-19 pandemic here under control as early as possible.

He was speaking at the outset of an emergency interagency meeting on the rapid spread of the coronavirus, especially the delta variant, in Seoul and nearby areas. 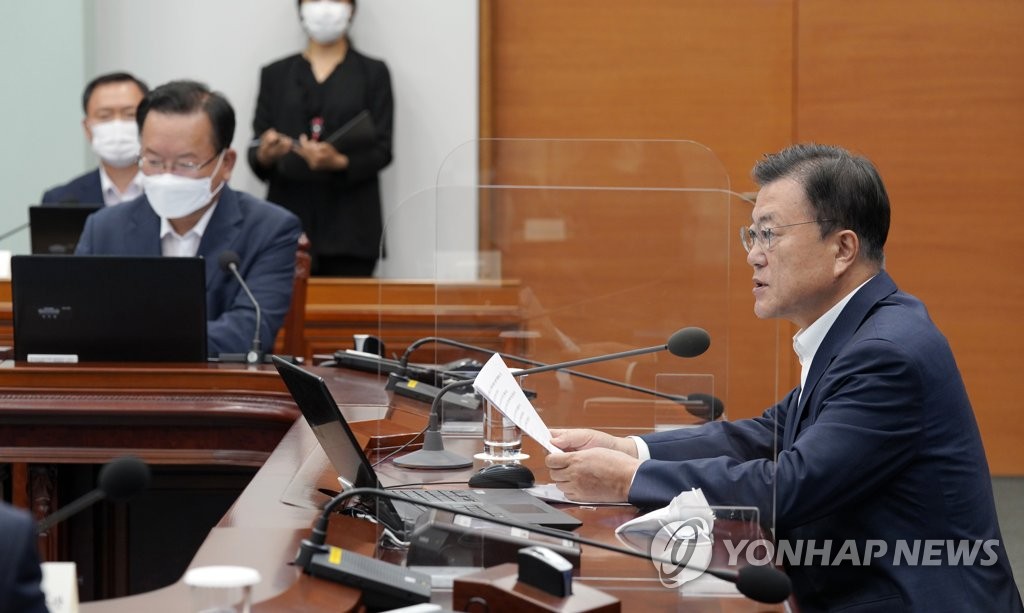 South Korea is confronted with the "biggest crisis" since the outbreak of the virus early last year, he noted.

Earlier in the day, the government implemented the highest level of social distancing restrictions in the Seoul metropolitan area. It will be effective for two weeks.

The president described it as an "emergency prescription" to stabilize the situation speedily without lockdowns and prevent greater damage and losses.

Ending the virus crisis through the strong measures would be a shortcut to minimize damage and advance the normalization of daily lives, Moon stressed.

"The government will act with extraordinary determination that it would have its back to the wall if it fails to halt the spread here," he said.

He added, "The government will establish a tighter web of virus control and prevention system, such as massive testing and thorough infection tracing, by mobilizing all available resources along with the local governments of the greater Seoul area."

Moon also said the government will accelerate inoculations, with 700,000 doses of the Pfizer vaccine shipped from Israel under a vaccine swap to be administered starting Tuesday to those in more urgent need, including couriers and the drivers of buses and taxis, as well as workers in the education and child care sectors. 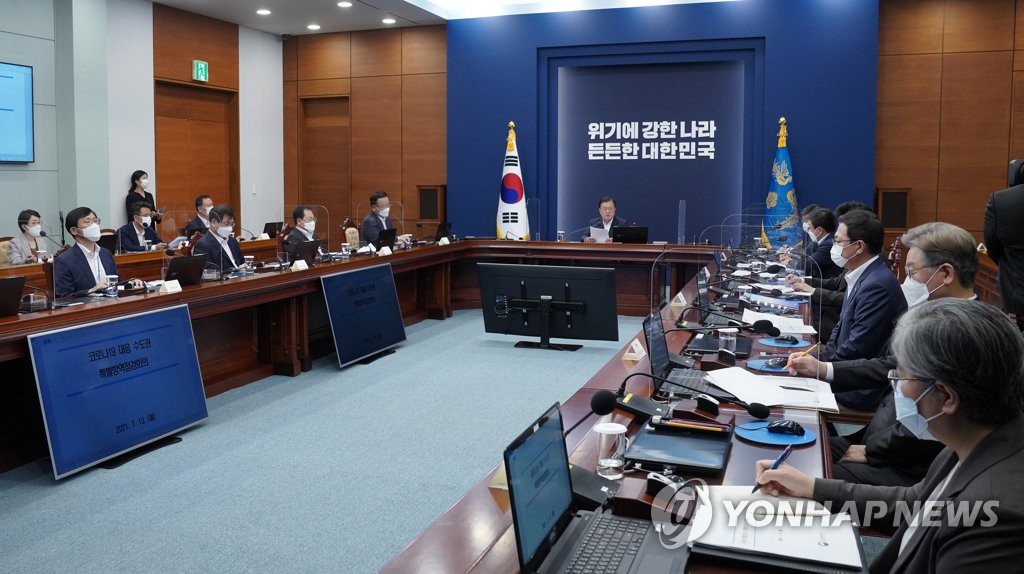 It is the first time that the facility has closed as a precautionary measure against infectious diseases since its establishment in 1990.