The vice chairman of Samsung Electronics has been on trial over a controversial merger of two Samsung affiliates and alleged accounting fraud since October last year.

In September, he was charged with unfair trading, stock manipulation and breach of trust in relation to the 2015 merger between Cheil Industries Inc. and Samsung C&T, seen as a key step toward his succession, and alleged accounting fraud at the pharmaceutical unit of Samsung Biologics.

The trial, slated for Thursday, was rescheduled to July 22 but it remains unclear whether it can proceed as scheduled.

Lee has been serving time since Jan. 18, when he was sentenced to 2 1/2 years in prison by the Seoul High Court in a retrial of a bribery case involving former President Park Geun-hye. 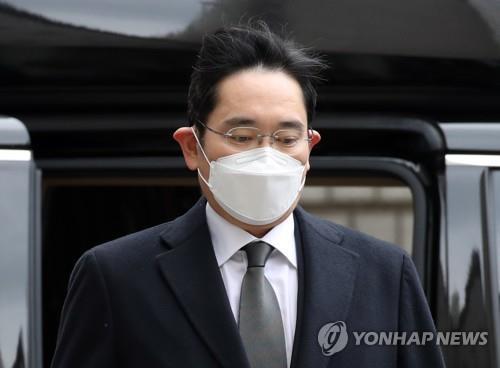