SEOUL, July 12 (Yonhap) -- Prosecutors on Monday sought a seven-year prison sentence for the wife of former Justice Minister Cho Kuk at an appellate trial over academic fraud and financial misconduct.

Chung Kyung-sim, whose husband was President Moon Jae-in's close aide and a former senior secretary for civil affairs, was sentenced in December by the Seoul Central District Court to four years in prison, a fine of 500 million won (US$436,000) and forfeiture of 140 million won. 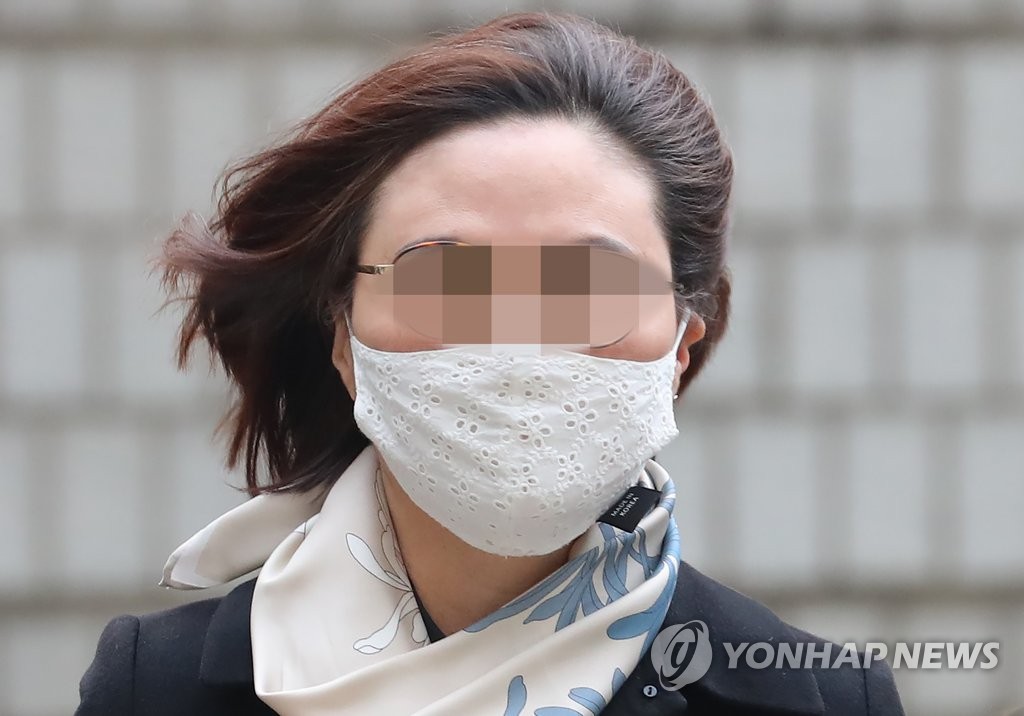 The court found her guilty of forging a presidential citation from Dongyang University, where she is a professor, and a separate internship certificate to use for her daughter's college admissions.

Chung was also convicted of using insider information on WFM, a KOSDAQ-listed battery business, to earn profits and opening an account under a false name to conceal her assets.

Prosecutors asked the Seoul High Court Monday to hand Chung a seven-year prison sentence, a fine of 900 million won and forfeiture of about 160 million won, the same punishment they demanded during the initial trial.

"This case damaged the values of fairness, trust and rule of law in our society," the prosecution said.

"It is time to let go of the time of lies and unfairness and restore the time of truth and fairness," it said, apparently referencing the title of Chung's husband's memoir, "Cho Kuk's time."

Chung appeared emotional as she expressed her regret for causing pain to her daughter. The professor, who was immediately taken into custody after the December ruling, said she has lost 15 kilograms.

Her defense reiterated her innocence.

The court scheduled her sentencing hearing for Aug. 11.

Cho, who resigned as justice minister in October 2019 just one month after taking office, was later indicted on a dozen charges, including bribery, in connection with their daughter's academic credentials and school scholarship, as well as his family's suspicious private equity investments.
(END)