SEOUL, July 12 (Yonhap) -- The ruling Democratic Party (DP) on Monday tentatively decided to expel one of its sitting lawmakers from the party over sexual abuse allegations raised against her former aide.

The DP's ethics committee made the decision against Rep. Yang Hyang-ja in a closed-door meeting earlier in the day. The decision, however, will be finalized if more than half of the party's sitting lawmakers assent to it.

A female employee at Yang's regional office in the southern city of Gwangju accused one of the lawmaker's Gwangju-based aides last month of sexually harassing her for months following the lawmaker's election last year. The accused aide is also known as Yang's relative and was subsequently dismissed from his seat.

"That Yang appeared to have inflicted secondary damage (on the victim) by denying the occurrence of sexual abuse in her media interview ... has been taken into consideration," the party committee said.

The committee added it considered the severity of the alleged abuse, as seen in the arrest warrant being sought for the former aide, as well as his attempt to cover up the case when making the decision. 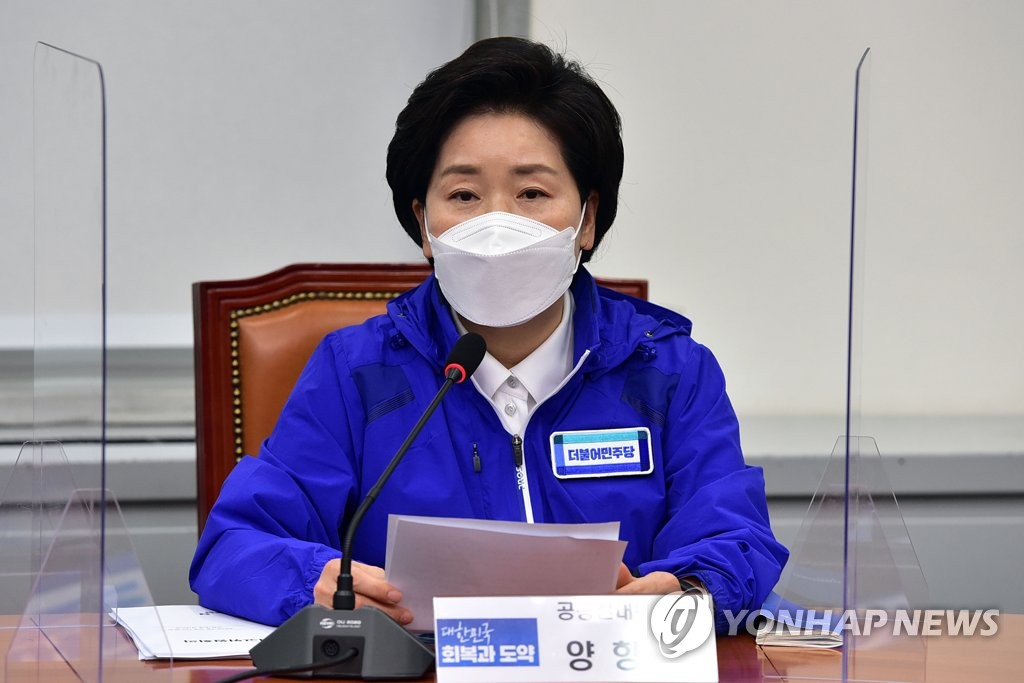