The Minimum Wage Commission, which is composed of nine members each from labor, business and the general public, struck the agreement around midnight during a plenary session held at the government complex in Sejong. 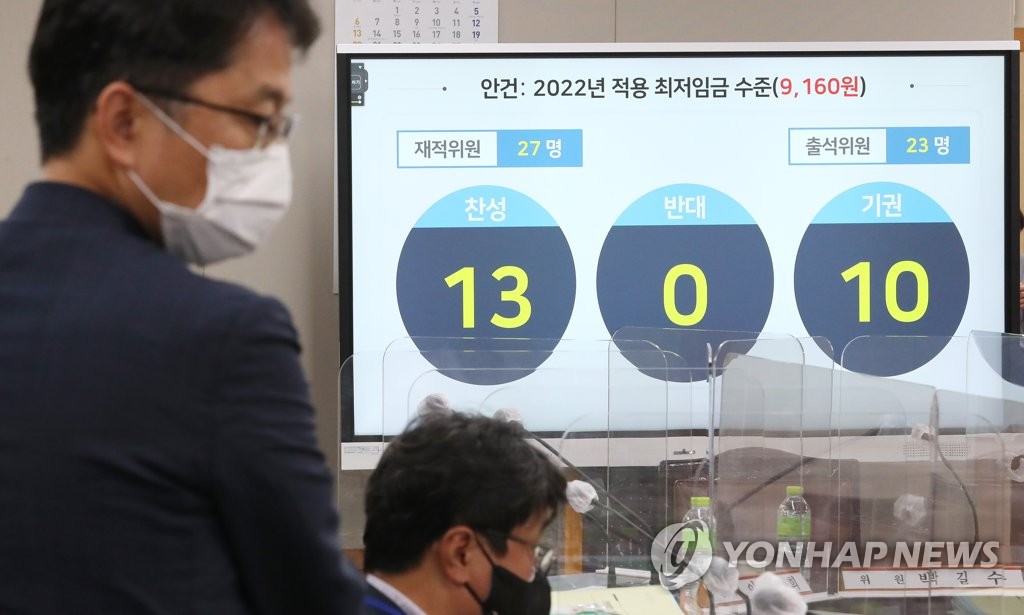 The final figure was proposed by the commissioners representing public interests after the labor and business commissioners failed to bridge their gap, and confirmed by a 13-0 vote. One person abstained.

All nine business commissioners and four labor commissioners recommended by the Korean Confederation of Trade Unions left the room in protest before the vote.

The increase of 440 won is equivalent to 5.046 percent, but the commission asked that 5.1 percent be used as the official figure.

The 5.1 percent increase is seen as a reflection of the commission's optimism about the country's economic recovery from the pandemic.

The Bank of Korea has forecast the economy will grow by 4 percent this year, while the number of the employed has increased by more than 600,000 for two consecutive months since April.

Still, next year's minimum wage is lower than the 10,000 won level demanded by labor commissioners, likely due to considerations for small business owners who have been hit hard by COVID-19 restrictions.