SEJONG, July 13 (Yonhap) -- South Korean archbishop Lazzaro You Heung-sik said Tuesday he will make "cultivating Catholic priests the era calls for" his top priority as the new prefect of Congregation for the Clergy of the Holy See.

Last month, You was named to the post responsible for overseeing education and other matters regarding about 500,000 priests and deacons across the globe.

The 69-year-old Catholic priest is the first South Korean appointed to a secretary position at the Vatican.

"I will foster priests who can communicate and converse with the underprivileged in difficult times, like the COVID-19 pandemic," You said in an interview with Yonhap News Agency, unveiling his future plans to look after priests and take care of seminarians on behalf of Pope Francis.

"I think the unconditional brotherhood encompassing different nationalities and religions is the cure for COVID-19," he said. "My first and foremost task will be cultivating priests the era calls for."

Kim was persecuted and executed for practicing Christianity during the Joseon Dynasty (1392-1910) in the mid 19th century. He was canonized as a saint in 1984. 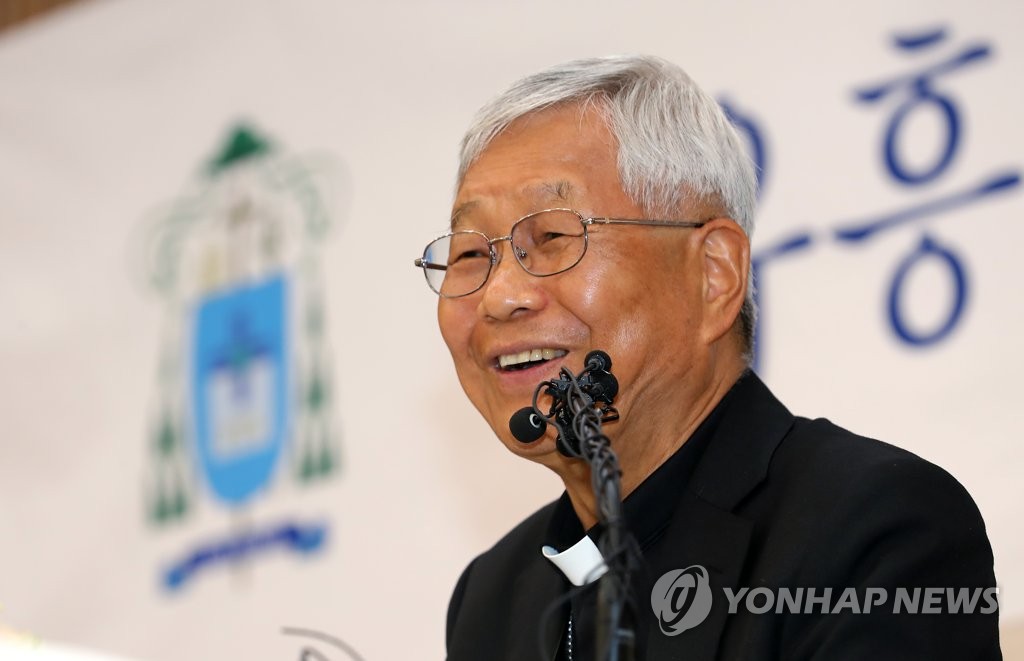 On the matter of Pope Francis' possible visit to North Korea, You again expressed his willingness to arrange the rare trip.

"I know that Francis wishes peace on the Korean Peninsula, and his visit to Pyongyang will have several merits for the North, such as gaining a foothold in the international society and potential economic help," he said.

The Pope has expressed his intention to go to North Korea several times, saying that he wants to play a role in establishing peace on the Korean Peninsula, where the Korean people have been suffering the pain of separation for 70 years.

Since his appointment as a Vatican secretary, You has shown his determination to support Pope Francis' North Korean visit in the future if he is consigned to do so.

The Korean archbishop also said he wants to help North Korean Catholics lead a religious life in the country where there are reportedly only Buddhist monks and Protestant pastors in active duty.

You also said he would like to look for ways to support COVID-19 vaccines to Pyongyang, should it ask for the Vatican's help.

He will leave for the Vatican on July 29 to start his five-year service next month.