The country's export price index, in terms of the local currency, rose 0.7 percent in June from the previous month, according to the preliminary data from the Bank of Korea (BOK).

The reading marked the seventh consecutive month of an on-month rise. In May, the index rose 1.8 percent on-month.

From a year earlier, the index jumped 12.7 percent, the BOK data showed.

South Korea's exports jumped 39.7 percent on-year in June to extend their gains to an eighth consecutive month on the back of a recovery in global business activities, which led to stronger demand for chips and automobiles. 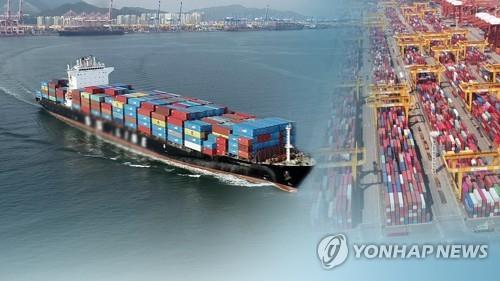 Export prices up for 7th month in June

Export prices up for 7th month in June