BTS and Ed Sheeran, who participated in the writing of the group's new song "Permission to Dance," will join the broadcast show. 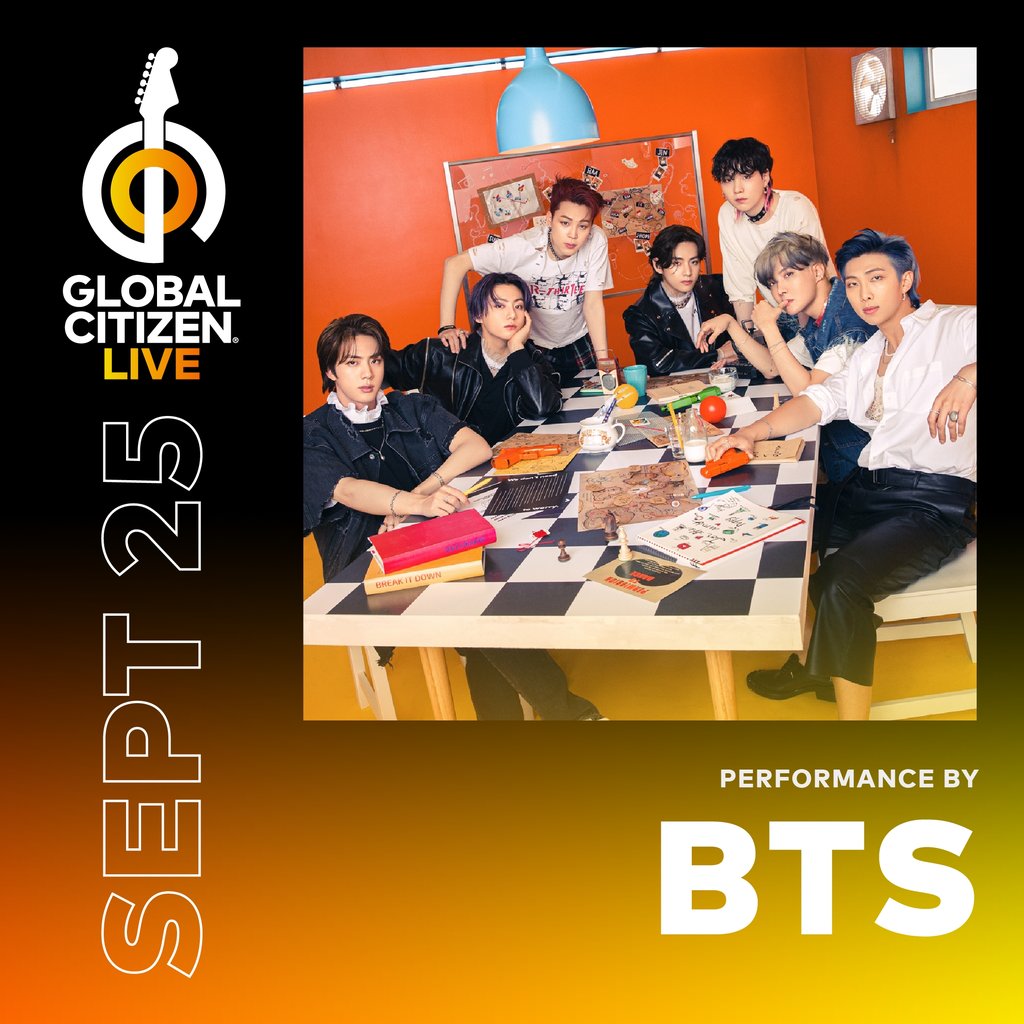 More artists and locations will be announced in coming weeks, it said. The show will air on ABC, BBC, FX, iHeartRadio, Hulu, YouTube, Twitter and more.

Global Citizen Live is part of the group's Recovery Plan for the World, a yearlong campaign launched in February to help kick-start an equitable recovery from COVID-19, defeat extreme poverty and protect the planet from climate change.

"Ahead of the G-20 Summit in October and the major climate conference COP26 in November, Global Citizen is calling on world leaders, major corporations, and foundations to defend the planet and defeat poverty by making financial commitments to equitable and inclusive COVID-19 recovery efforts," Global Citizen said in a press release.
(END)