SEOUL, July 14 (Yonhap) -- A South Korean baseball player infected with the novel coronavirus apologized Wednesday for an illegal gathering in his hotel room with his teammates and two outside guests, an incident that led to an outbreak on the team and an abrupt suspension of the league play.

Park Sok-min of the NC Dinos in the Korea Baseball Organization (KBO) said he decided to come forward and clear the air on the situation, amid rumors of a drinking party involving four NC players and others inside a Seoul hotel room while the team was in town for a road series. 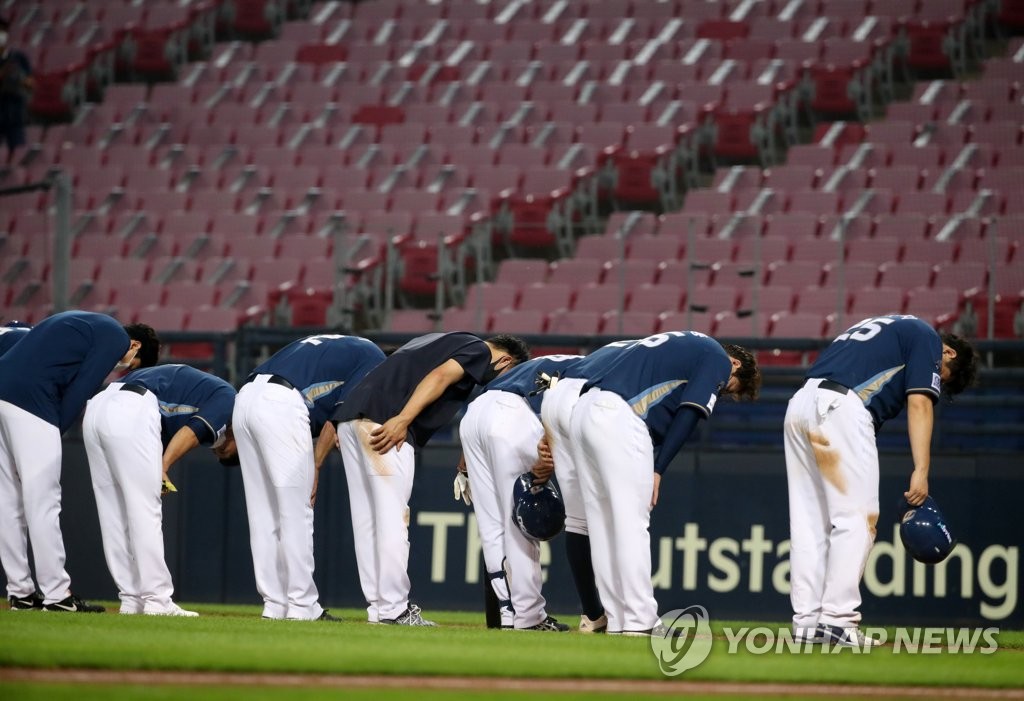 Earlier in the day, the Dinos acknowledged that four of their players met with two guests inside the hotel room, which was a violation of social distancing rules that banned private gatherings of more than four people. Rules have since tightened in Seoul, and meetings of more than two people are prohibited after 6 p.m.

Hours later, Park admitted that he and three of his teammates, Kwon Hui-dong, Lee Myung-ki and Park Min-woo, were the four players in question and that they met with an acquaintance of his and that person's friend.

According to Park Sok-min, the players arrived at their Seoul hotel past 10 p.m. on July 5. The four players gathered in Park Sok-min's room for late night snacks.

Park then got a call from the acquaintance who, while staying at the same hotel, had spotted the Dinos' team bus in the parking lot. He was with another friend who happened to be a Dinos fan. Park then invited them to his room, where they shared beers and room service fried chicken. 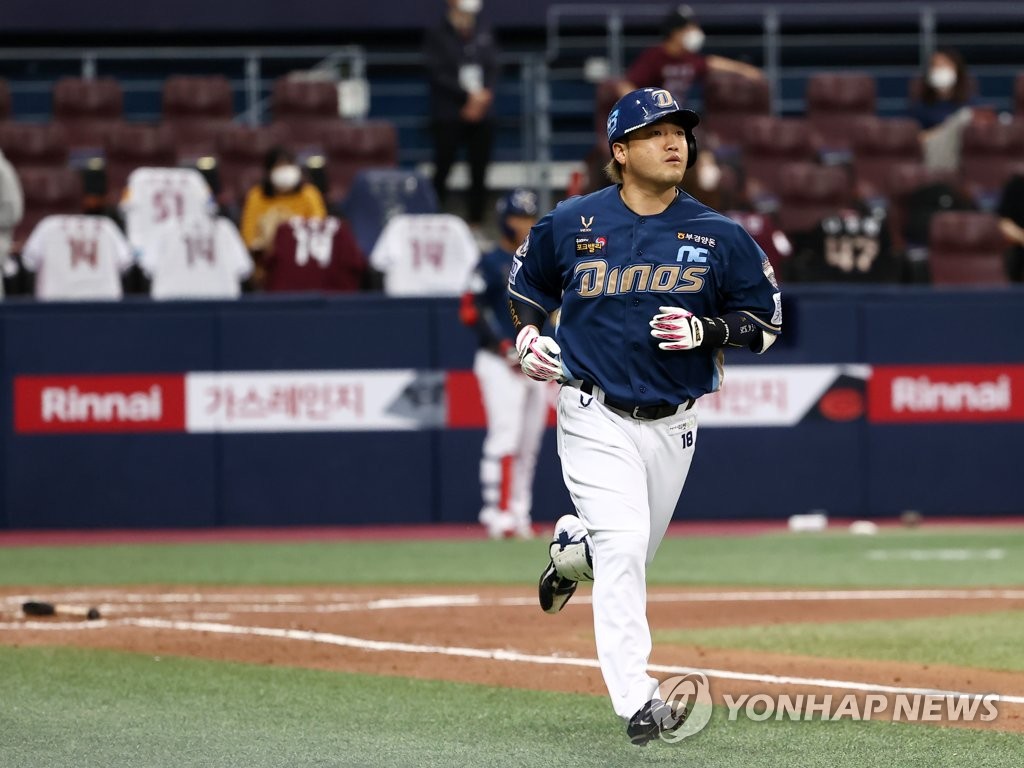 "Just because we were all in the same hotel, I called them over into my room without thinking twice about it," Park said in a statement released by the Dinos. "I am really sorry for what I did."

That acquaintance told Park that he'd tested positive for COVID-19 on Thursday. The player said he immediately reported the situation to his club, which then informed the league office.

Soon, Park, Kwon and Lee all tested positive for the virus. Park Min-woo had been fully vaccinated as a member of the Olympic baseball team traveling to Tokyo and tested negative. 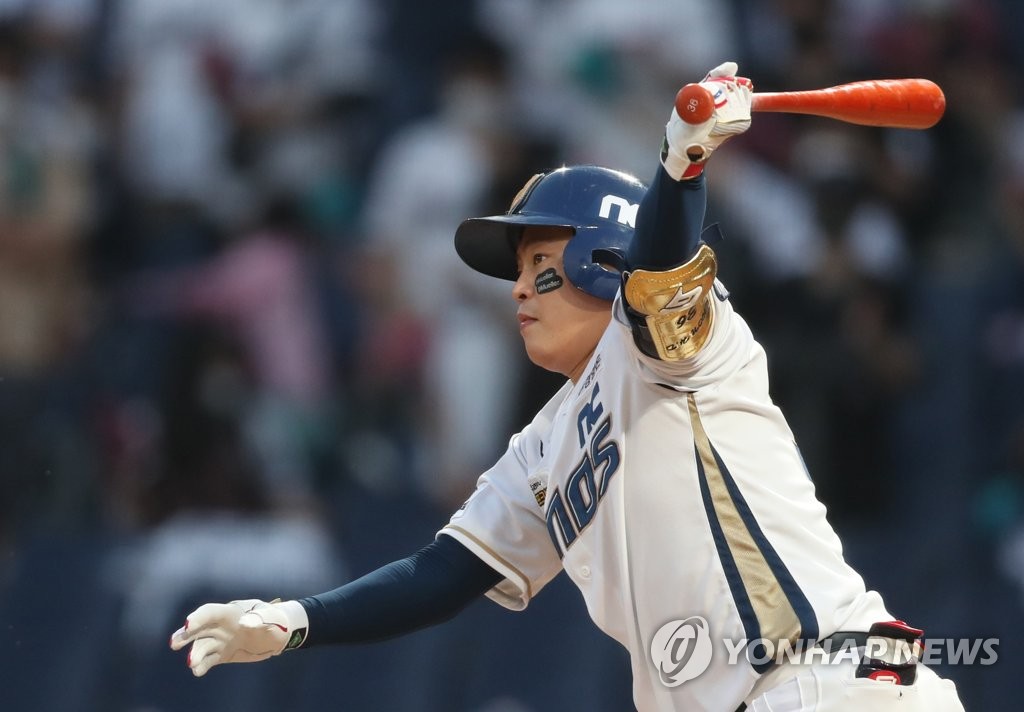 "I was careless. There's absolutely nothing I can say to make this right," Park said. "I am really sorry for what I did. I felt I had to apologize because my innocent teammates and their families, plus players and fans of other clubs, had to put up with hurtful rumors."

The Dinos said Park Min-woo took himself off the Olympic team in light of the incident. Their general manager, Kim Jong-moon, will remain suspended from duty until further notice.
Dinos' CEO Hwang Soon-hyun also apologized Wednesday, holding himself accountable for the club's lack of oversight on players.

"Once health officials complete their investigation, players and team executives will take responsibility as necessary," Hwang said. "We'll fully cooperate with health authorities in their investigation. We'd like to apologize once again to baseball fans and to everyone experiencing difficulties during the COVID-19 pandemic."

Despite the Dinos' initial acknowledgment, Park Yu-mi, a Seoul health official, said earlier in the day she had not been officially informed of any violation by the baseball players. Park said an epidemiological study conducted by the Gangnam ward office in southern Seoul, where the team's road hotel is located, found nothing suspicious. 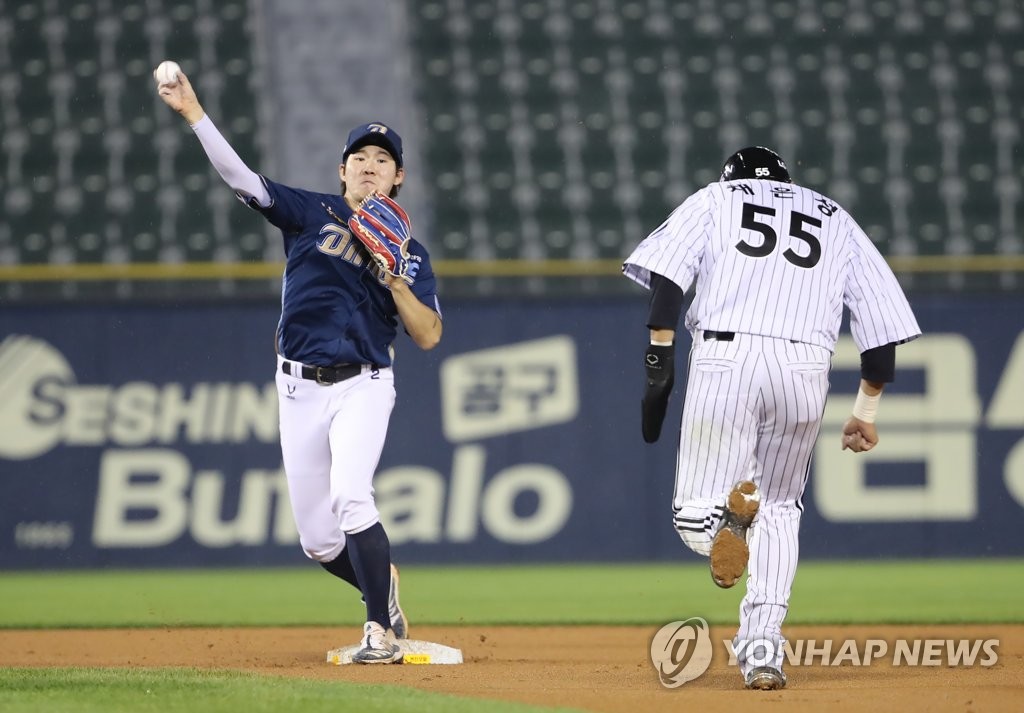 Gangnam officials said later in the day that they will ask police to open an investigation into the Dinos' players and their guests for allegedly giving false details during contact tracing.

According to the Gangnam ward office, Park, the city health official, was not made aware of the players' potential breach of protocols because they'd lied about their whereabouts. A new round of epidemiological investigation is under way on NC players and the hotel staff, the office added.

Along with the three Dinos players, two players from the Doosan Bears have tested positive for the coronavirus. The KBO convened an emergency board meeting with club CEOs on Monday to discuss league scheduling, and they agreed to put the season on hold starting this week. The KBO had already scheduled an Olympic break from next Monday to Aug. 9. Should the KBO be able to resume its season on time on Aug. 10, teams will only have missed one week of action. 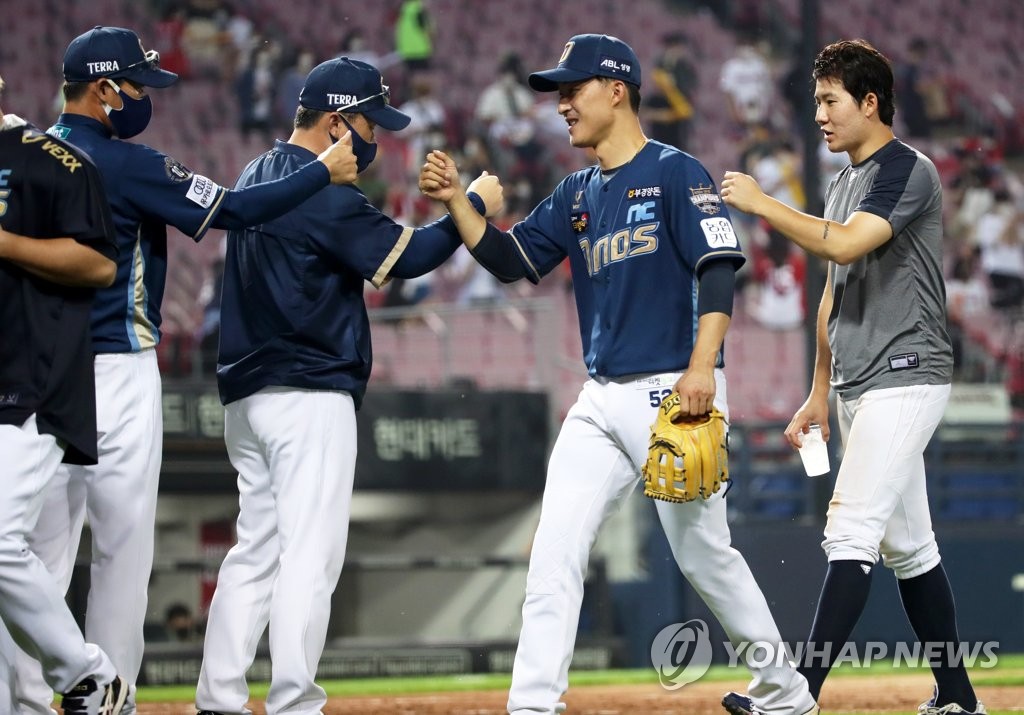 Under the KBO's health and safety protocols, five positive cases from two teams, while not insignificant, wouldn't have been considered serious enough to warrant suspending the season. Normally, the Dinos and the Bears would have been asked to call up minor league players to fill in gaps left by ailing players or those required to self-isolate as close contacts with infected teammates.

Instead, the Dinos and the Bears pushed hard for the suspension, rather than having to play at least a handful of games with compromised rosters. They ended up getting what they wanted, but the Dinos, at least, still have a lot of issues to address.