SEOUL, July 15 (Yonhap) -- South Korea's central bank on Thursday held its benchmark policy rate unchanged at a record low of 0.5 percent amid a recent spike in COVID-19 infections but strongly hinted it may conduct its first post-pandemic rate hike by the end of this year.

Bank of Korea (BOK) Gov. Lee Ju-yeol said the central bank will review whether a policy adjustment is needed at next month's rate-setting meeting, maintaining his hawkish stance on inflation and financial imbalances.

The monetary policy board of the Bank of Korea (BOK) voted to leave the base rate steady at this year's fifth rate-setting meeting. 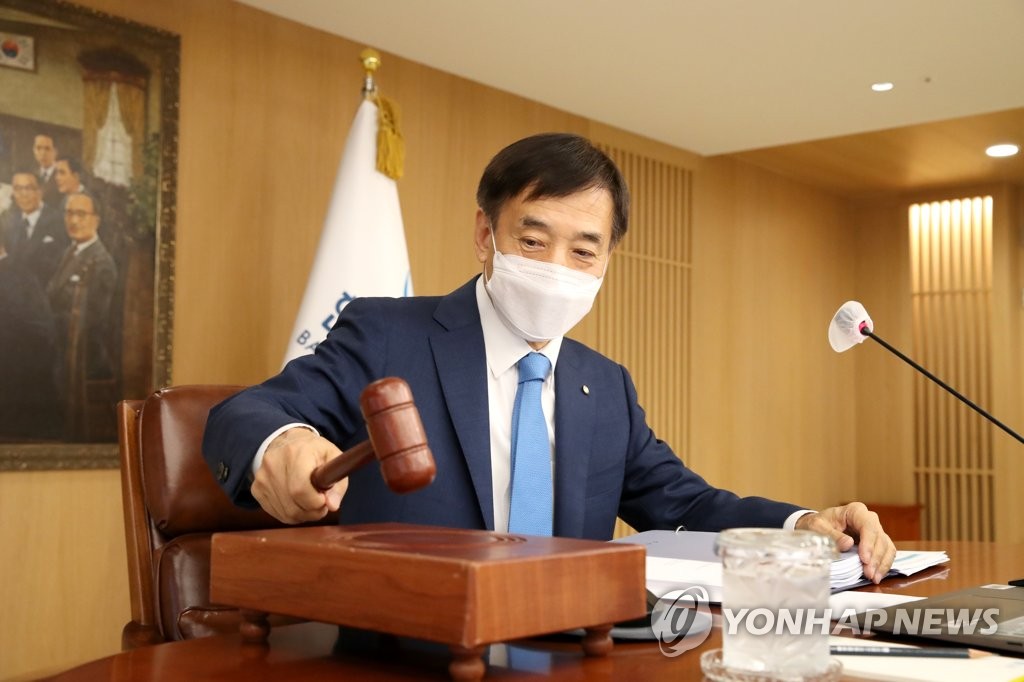 The BOK's decision came as the nation was battling against its worst-ever COVID-19 outbreaks, with daily new infections rising above 1,000 for more than a week.

Lee told reporters that the pace of an economic recovery is unlikely to be significantly undermined by the fourth wave of the pandemic because of vaccination efforts and an extra budget.

Despite the fourth wave, the Korean economy is expected to expand in line with the projection in May, Lee said.

This year's economic growth is projected to be around 4 percent, consistent with the forecast in May, he said.

"The Korean economy has continued its sound recovery. Exports and facilities investment have sustained their buoyancy and private consumption has shown improvement," the BOK said in a statement.

"Going forward, exports and investment will sustain their buoyancy, while private consumption is forecast to temporarily weaken affected by the coronavirus resurgence but then return to the path of recovery supported by the execution of a supplementary budget. GDP growth this year is projected to be around 4 percent, consistent with the forecast in May," it said. 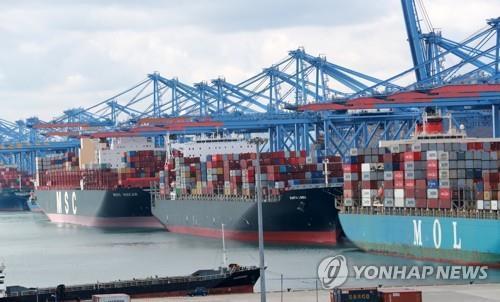 Investors will closely watch Lee's press conference, which will provide details on whether there were any dissenters.

Exports, which account for about half of the nation's gross domestic production, jumped 39.7 percent in June from a year earlier, extending their gains for an eighth consecutive month, as demand for chips and automobiles stayed strong amid the improving global economy.

Outbound shipments came to US$54.8 billion last month, according to government data.