SEOUL, July 15 (Yonhap) -- South Korea's daily coronavirus cases continued to spike to just shy of a record high Thursday as the country implements stronger virus curbs in regions outside of the broader Seoul area to slow down the nationwide spread of the virus.

The country added 1,600 new COVID-19 cases, including 1,555 local infections, raising the total caseload to 173,511, according to the Korea Disease Control and Prevention Agency (KDCA).

The latest figure is the second-highest daily tally after a record 1,615 cases reported a day earlier as the country battles the spread of the more contagious delta variant with toughened virus curbs amid a slow vaccine rollout.

The greater Seoul area, home to half of the country's 51.3 million population, has been under the highest social distancing measures since Monday, while most other regions have increased restrictions starting Thursday.

The country added two more COVID-19 deaths, raising the death toll to 2,050 and leading to a fatality rate of 1.18 percent.

As of 6 p.m., the country reported 1,192 new cases, down by 71 from the same time the previous day. Seoul had 487, and the surrounding Gyeonggi Province and the adjacent city of Incheon combined for 429 cases. 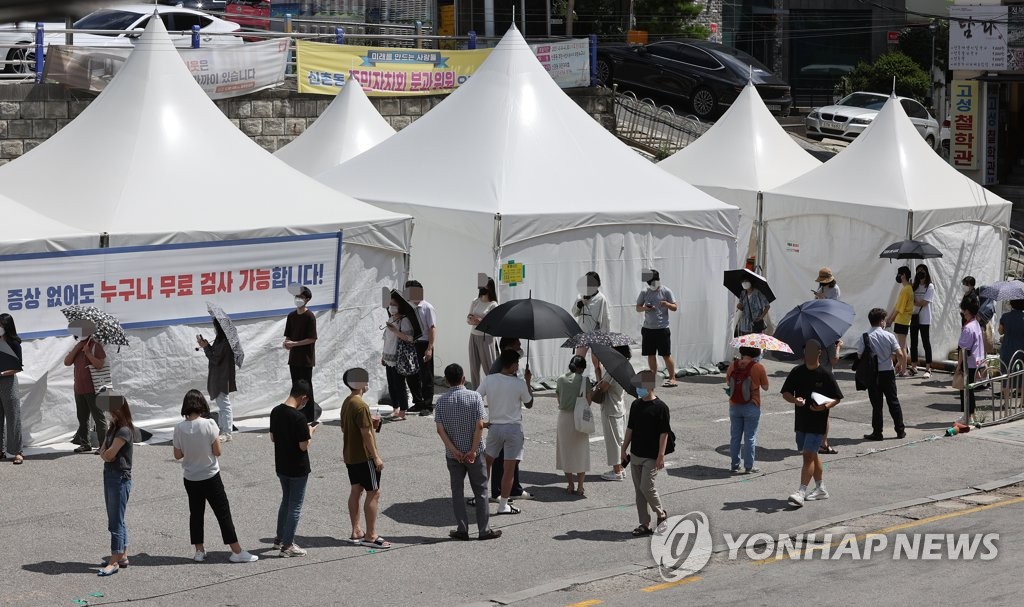 The country has implemented a semi-lockdown in the greater Seoul area by banning gatherings of more than two people after 6 p.m., as new cases in the region had accounted for 80 percent of the daily caseload.

Under the toughest Level 4 social distancing measures, entertainment establishments, including nightclubs and bars, are ordered to shut down, while restaurants are allowed to have dine-in customers until 10 p.m.

Starting Thursday, most regions outside the wider capital area have been placed under Level 2 measures, in which gatherings of more than eight people are banned. The regions, which had previously been under the lowest social distancing scheme with no ceiling on gatherings, have accounted for a larger share of the cases this week, indicating the growing spread of the virus nationwide.

Despite the growing number of cases outside of the wider capital area, health authorities said it would not be desirable to further raise the social distancing level in the regions altogether, citing the discrepancies in the number of cases by region.

The recent spike in new virus cases comes as the country's vaccination drive has recently lagged due to tight vaccine supplies.

A total of 15.84 million people, or 30.8 percent of the country's population, have received their first shots of COVID-19 vaccines -- almost unchanged from 29.8 percent tallied at end-June.

The KDCA said 6.18 million people have been fully vaccinated, accounting for 12 percent of the population.

Health authorities expect the vaccination drive to pick up later this month when it starts inoculating people in their 50s. Around 35 million doses of vaccines from AstraZeneca, Pfizer, Moderna and Janssen will start to be shipped in from Friday until the end of next month.

They are also reviewing shortening the interval between the doses for the AstraZeneca vaccine from the current 11 weeks to up to eight weeks, considering the recent surge in cases. The World Health Organization has recommended an interval of eight to 12 weeks for AstraZeneca's two-dose vaccine. 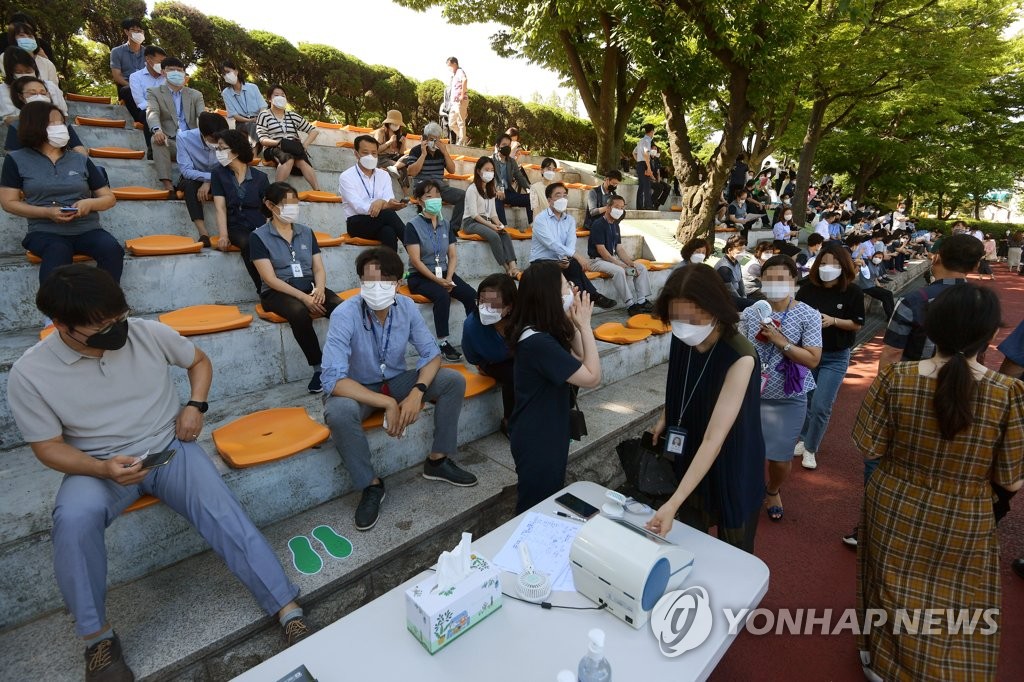 Untraceable cases have also hampered the country's virus fight, with a record 31.6 percent of infections reported over the past two weeks having unknown transmission routes.

Of the newly confirmed domestic cases, 518 were from Seoul, 491 from the surrounding Gyeonggi Province and 89 from the western port city of Incheon.

There were 45 additional imported cases, of which 19 came from Indonesia and five from the Philippines.

The total number of people released from quarantine after making full recoveries was 156,509, up 1,018 from a day earlier.

The number of patients in critical condition came to 167, up four from the previous day.