(ATTN: UPDATES number of cars in 1st para, police response and plans for another rally in last 2 paras)

The merchants, who united under the banner of a national emergency committee for small business owners, drove around 11 kilometers from Yeouido Park in western Seoul to Daehangno near the city center flashing their hazard lights as a sign of protest.

Police stood at checkpoints along the road to turn back the cars, but traffic got heavy around Daehangno after midnight. 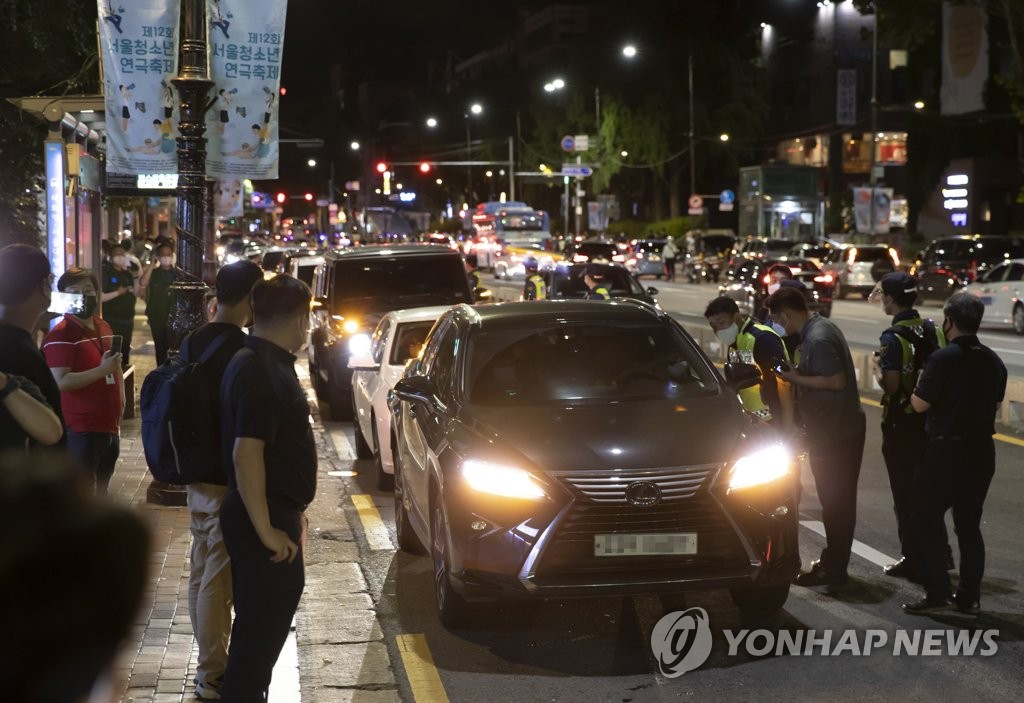 "Small business owners are closing their shops and sitting on a pile of debt, but the government still isn't talking about how they will compensate us," Kim Gi-hong, the committee leader, said at a press conference in front of Yeouido Park.

The government has drawn up an extra budget partly to finance compensation money for small business owners under a recently passed bill. Compensation will be provided for business losses incurred due to COVID-19 restrictions after the law took effect July 7, not before.

"We demand that the government enforce a new social distancing scheme, remove the caps on gatherings, and compensate our losses," Kim said. 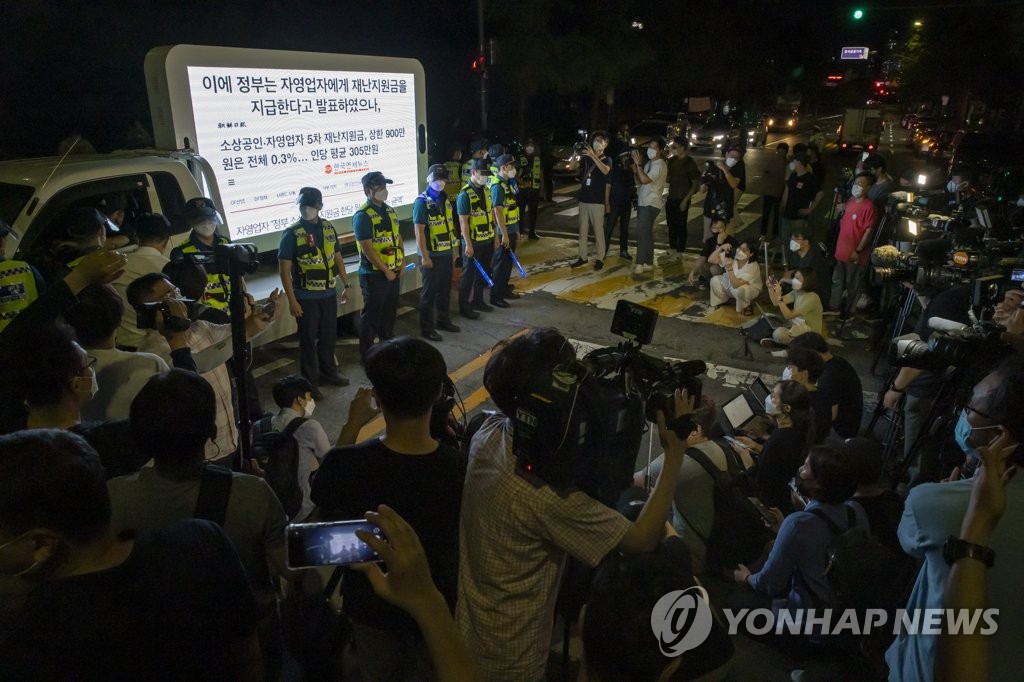 Under the government's social distancing rules, many small businesses from restaurants and cafes to gyms and karaoke establishments have been subject to curfews or assembly bans for months.

On Monday the government imposed the strictest Level 4 rules on the capital area amid a record-breaking surge in COVID-19 cases, banning private gatherings of more than two people after 6 p.m.

Hundreds of people, including protesters, police officers and members of the press, crowded the entrance to Yeouido Park, leading to congestion on nearby roads. 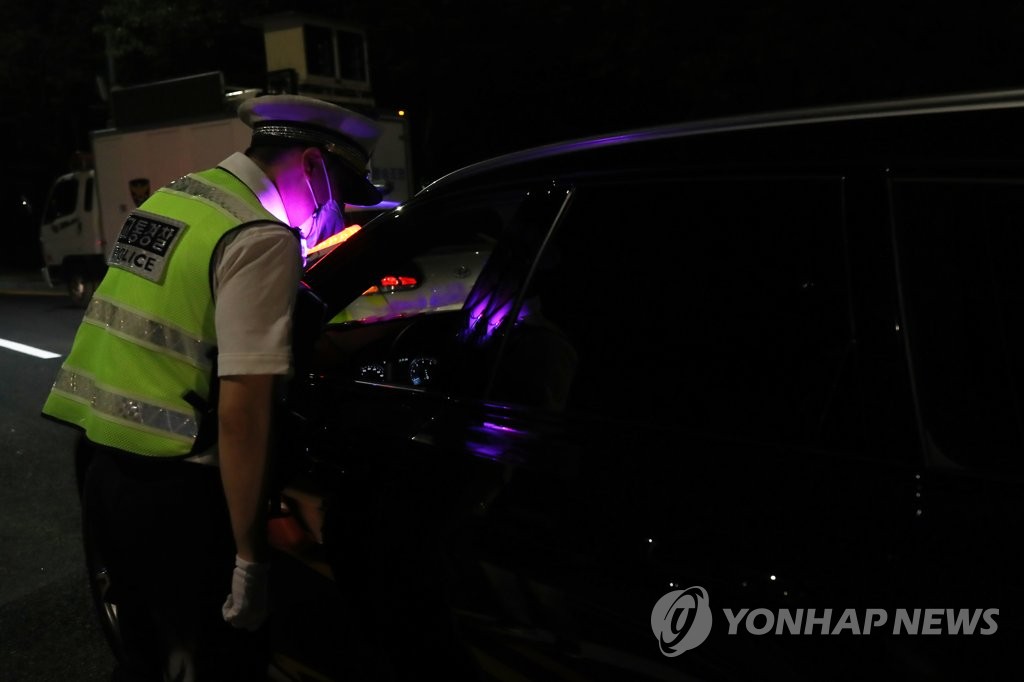 Police broadcast warnings that all rallies involving more than one person are banned under Level 4 and blocked the protesters' cars.

Some people protested verbally, but no physical clashes were reported.

The committee announced plans to hold the protest earlier this week. Police warned it would be deemed illegal and participants would be punished accordingly.

"We are reviewing evidence and relevant laws to determine whether the act of the cars moving in a line can be considered an undeclared protest," a police official said Thursday after the rally, noting that any illegalities will be handled in accordance with the law.

Kyeong Gi-seok, a committee co-leader, said the rally was held at night to minimize any spread of COVID-19 and inconvenience to the public and added that a similar rally will be held Thursday night at a place yet to be determined. 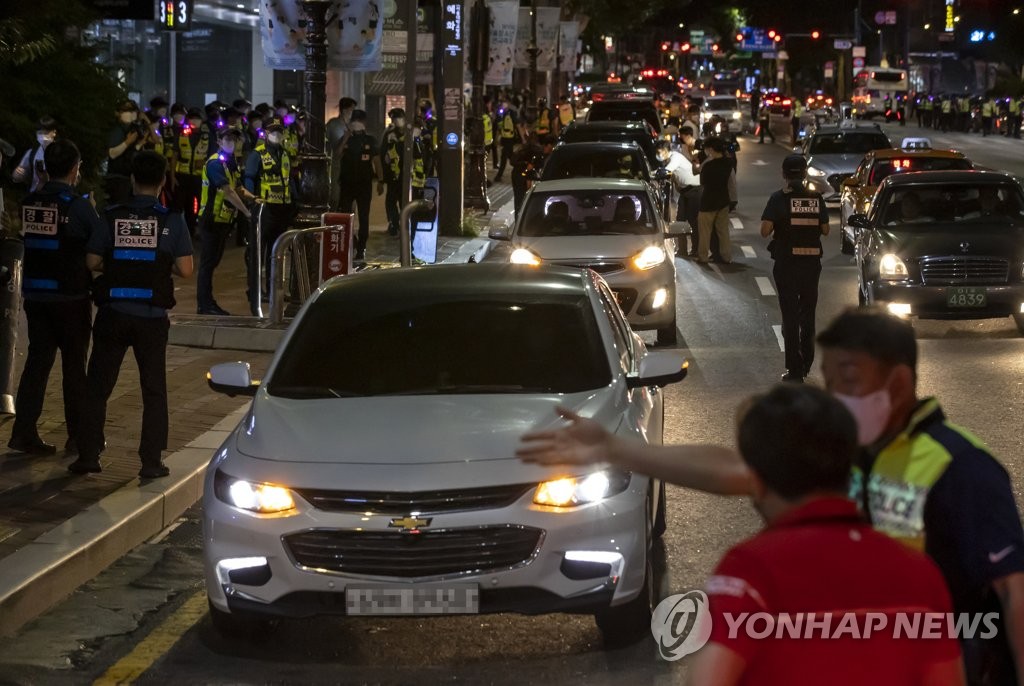