The number of international migrants, referring to those who stay for more than 90 days here, declined 15.9 percent from a year earlier, according to the data compiled by Statistics Korea.

It marked the fastest on-year decline since the statistics agency began compiling related data in 2000.

The data is calculated based on cross-border movements of both South Korean nationals and foreigners, excluding short-term visitors.

The number of such incoming Koreans reached 440,000 last year, up 41.5 percent from the previous year. The number of Koreans who left the country declined 31.9 percent on-year to 190,000.

This resulted in a net incoming migration by 241,000 Koreans, marking the largest-ever net inflow.

Last year, the number of foreigners who visited the country declined as the government temporarily suspended visa-free entry and visa waiver programs with countries imposing entry bans on Koreans.

In April last year, the government imposed entry restrictions for foreigners traveling for reasons that are not essential and urgent in a bid to stem imported COVID-19 cases.

This resulted in the largest-ever net outflow of 128,000 foreigners, the data showed. 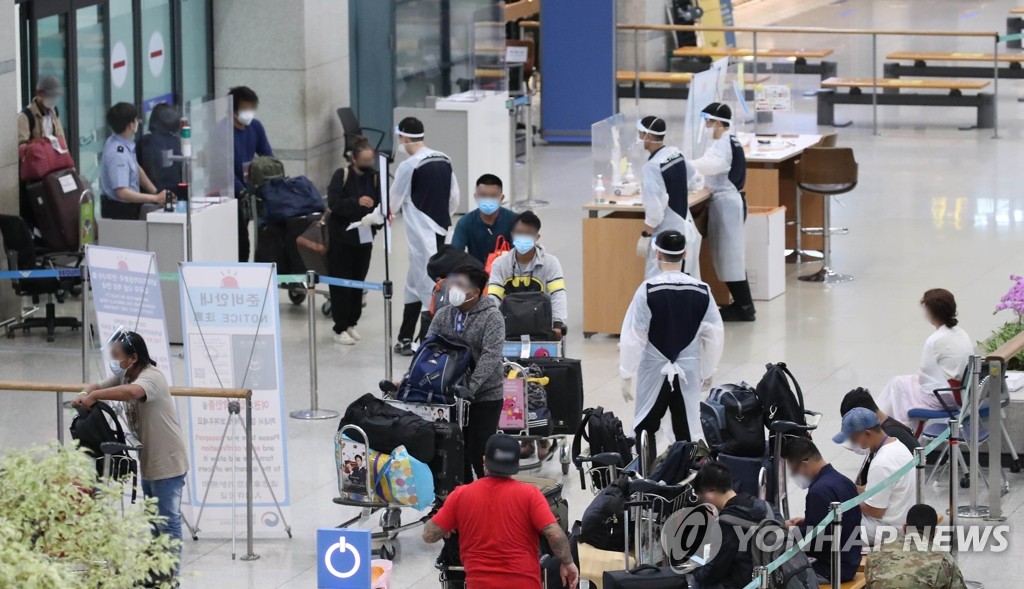 No. of int'l migrants falls at fastest-ever pace in 2020 amid pandemic

No. of int'l migrants falls at fastest-ever pace in 2020 amid pandemic