SEOUL, July 15 (Yonhap) -- Acting U.S. Ambassador to South Korea Rob Rapson announced in a tweet Thursday that he was leaving the post and returning home this week.

"Farewell Seoul – It's been a great 36-year run for US-ROK relationship with more to come! Proud to have been a part of it, especially the last 6 months as CDA (charge d'Affaires)," his tweet read. He will return Friday.

ROK is the acronym for the Republic of Korea, South Korea's official name.

Christopher Del Corso, current deputy chief of the mission at the embassy, will serve as the charge d'affaires ad interim, according to Rapson's tweet. The U.S. has yet to name the new ambassador to Seoul.

Rapson, previously the deputy chief of mission, took over as acting ambassador in early February after former Ambassador Harry Harris left the post following the inauguration of President Joe Biden.

Rapson has spent a considerable part of his career working in Korea. He first served in the U.S. Consulate in the second-largest city of Busan in 1984-86 and has worked as a deputy economic counselor at the embassy in Seoul in 1997-2000.

Back home, he also served as director of the Office of Korean Affairs at the State Department in 2012-15 and came to Seoul again as a minister and acting deputy chief of mission at the embassy in Seoul in 2015. 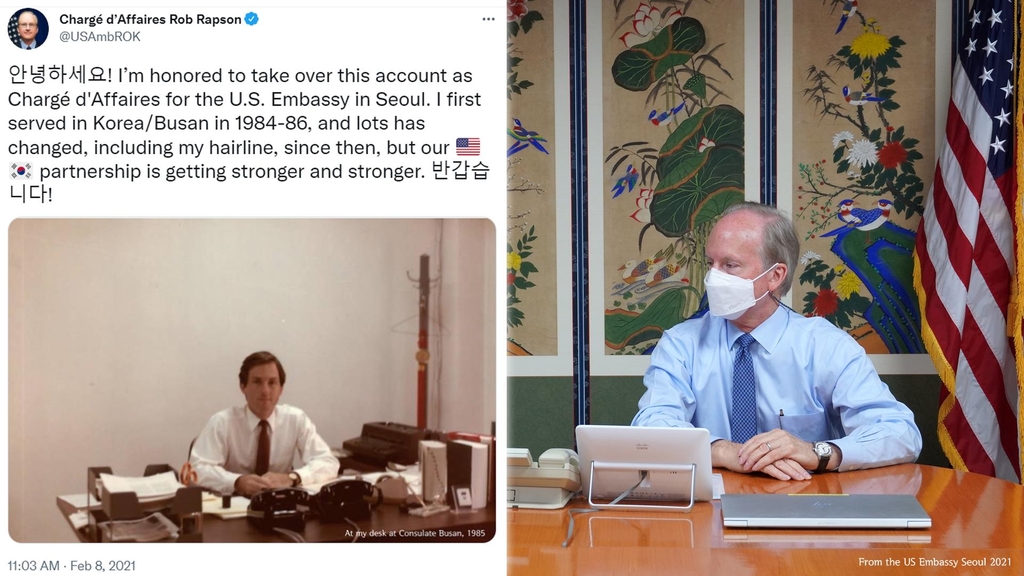