In May, the archdiocese sent the Vatican US$1 million it raised during a donation campaign. Cardinal Yeom started the fundraising on Easter Sunday in April, responding to the pope's call to distribute the life-saving doses to the poor and vulnerable. 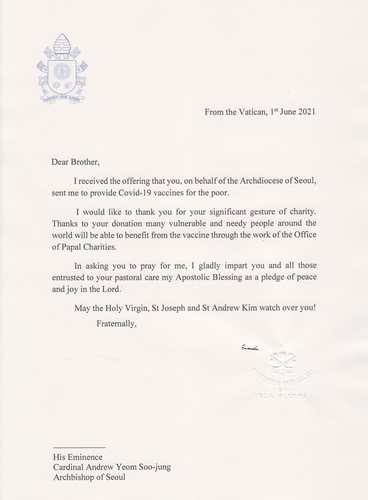 "I received the offering that you, on behalf of the Archdiocese of Seoul, sent me to provide COVID-19 vaccines for the poor," Pope Francis said in a letter sent to Cardinal Yeom on June 1.

"I would like to thank you for your significant gesture of charity. Thanks to your donation many vulnerable and needy people around the world will be able to benefit from the vaccine through the work of the Office of Papal Charities," he said.

Catholic dioceses across the country will continue to raise funds for the vaccine-sharing campaign through Nov. 27, the last day of the Jubilee of the 200th anniversary of the birth of St. Andrew Kim Tae-gon, the first native Catholic priest and patron saint of Korea, the Archdiocese of Seoul said. 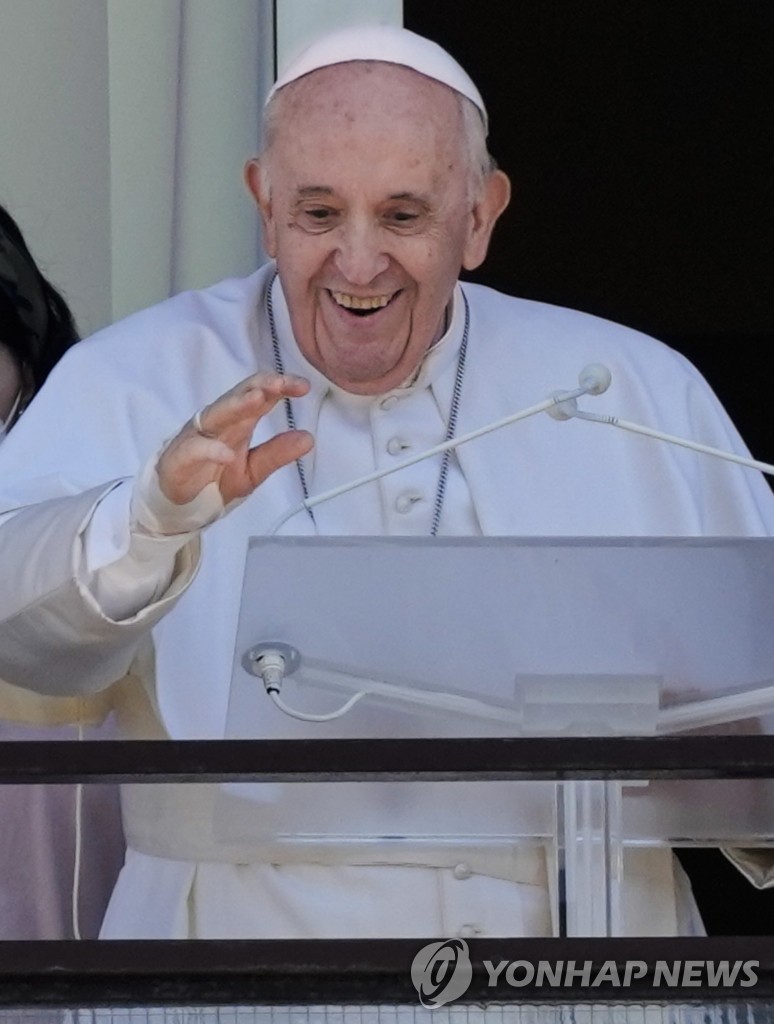