SEOUL, July 19 (Yonhap) -- Kim Tae-han (alias), a 27-year-old former restaurant owner in southern Seoul, said one of his most important daily routines was checking reviews of his store on food delivery platforms.

Kim, who has now quit his restaurant business, said that one day he had to drive his car to visit a reviewer during the busiest hours as that person wanted to return "overcooked" kimchi pancake, which Kim claimed was just fine.

"When I got a bad review, sales from that app normally crashed by 30 to 40 percent the following day," Kim said in a recent interview with Yonhap News Agency. "For us, it is like terrorists holding restaurants as hostages with reviews."

Last month, a restaurant owner died of a stroke after having an argument with a picky customer, an incident that illustrated the growing frustration among restaurant owners over apps' review systems.

Picky clients leaving hateful comments are not a new phenomenon around the globe.

Some said the deep-rooted hierarchical culture in South Korea, which sometimes leads to "gapjil," has further complicated the issue here.

Gapjil is a Korean term that refers to when a person behaves oppressively against those on the weaker end of a power relationship. It can be observed at workplaces or even occur between customers and shop owners. 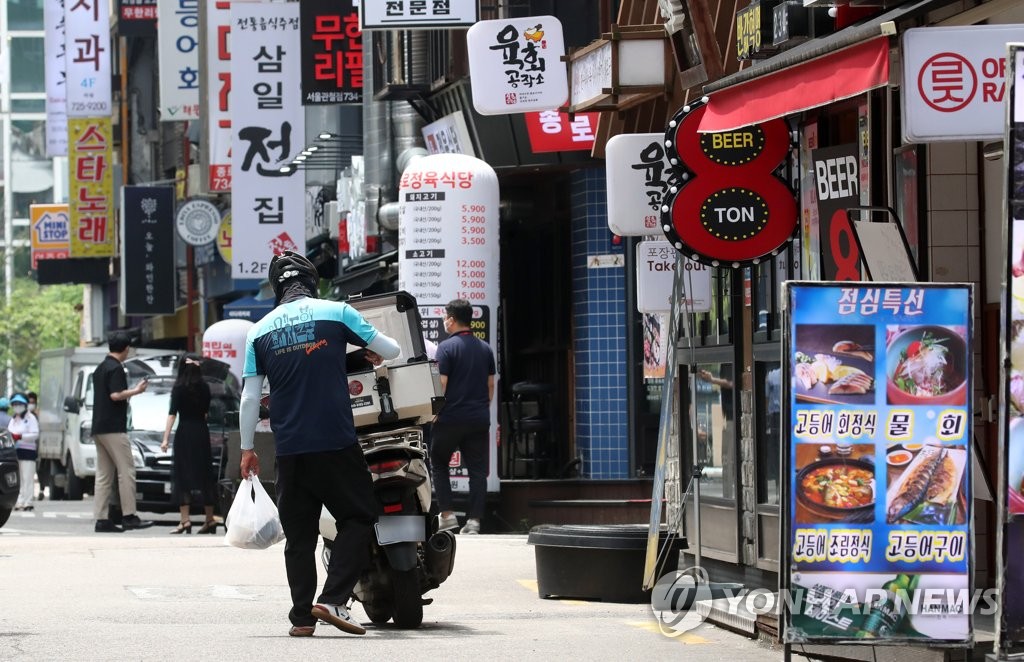 "Some customers just ask for free stuff, saying they will give good reviews. But with such a low margin, we can lose money for every order received when we start giving out unexpected freebies," Kim added.

Demand for food delivery services in South Korea has been skyrocketing amid the COVID-19 pandemic and social distancing rules.

Owners especially rely heavily on delivery orders, with restaurants not allowed to have dine-in guests after 10 p.m. in the capital area.

Last week, the government banned gatherings of more than two people after 6 p.m., making delivery platforms even more important for the owners.

According to the latest survey by the Ministry of Agriculture, Food and Rural Affairs, around 20 percent of local restaurants joined food delivery platforms in 2020, up 8.7 percentage points from a year earlier.

The combined size of South Korea's food delivery app market was also estimated at 11.6 trillion won (US$10 billion) in 2020, soaring from 7 trillion won tallied in 2019, according to a recent report by Hyundai Motor Securities.

Up to 30 million of South Korea's 52-million population are using delivery services, it added.

Despite the boom of the industry, restaurant owners say that they are marginalized in the platform industry, as they are also, in a sense, clients for the operators.

A growing number of restaurant owners complain about the review systems of the platforms, in which they have limited chances to defend themselves when a few customers give undeserved feedback. 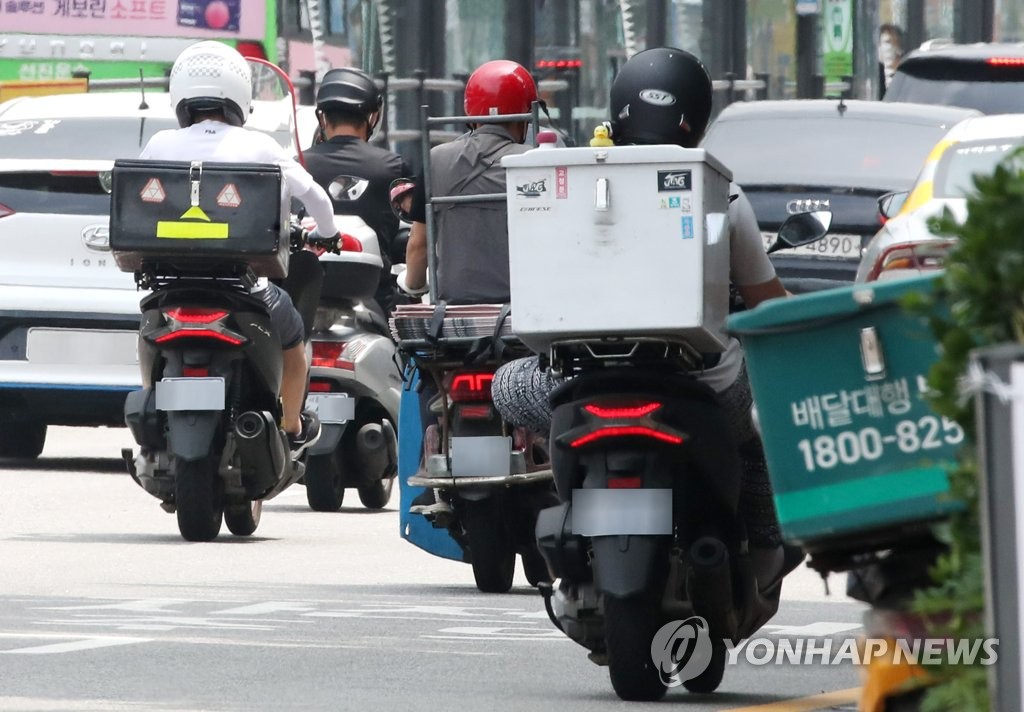 Such issues came under the spotlight recently when a restaurant owner died of a stroke last month after having an argument with a customer, who demanded a refund for a piece of fried shrimp as its "color had changed" a day after receiving the food. The customer left a spiteful review as well.

During an interview with a local radio station, the victim's daughter said Coupang Eats, a platform under South Korean retail giant Coupang, continued to demand that the shop apologize to the customer even when her mother was unconscious in a hospital bed.

After the incident sparked a public outrage, Coupang decided to establish a new division under its wing to cope with complaints from restaurant owners. The company said it also plans to revamp its reviewing system, though it did not yet provide a detailed schedule.

Park Seung-mee, a policy official from the Korea Franchise Union, told Yonhap that not only do shop owners need to have their rights protected in terms of the law but there also needs to be a new rule in which restaurants can form a union to negotiate with delivery platforms.

"We need to come up with more reliable and balanced measures to grade a restaurant rather than just on subjective stars," Park said, suggesting shops could alternatively be graded based on how many regular customers they have. 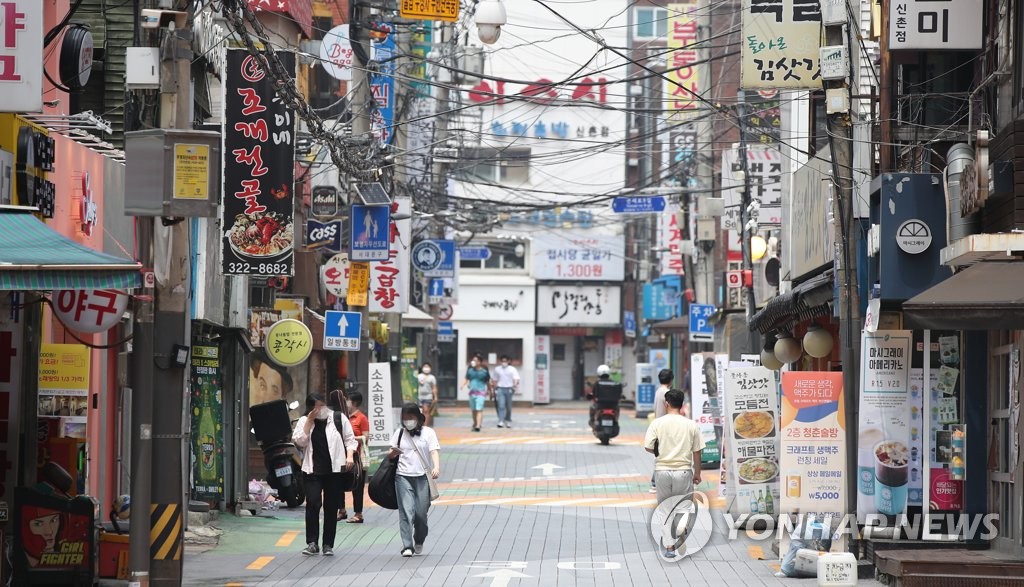 In the face of the controversies, the Korea Communications Commission (KCC) announced earlier this week that it is currently preparing to release guidelines on how platform operators should manage their review systems.

"We plan to initially induce operators to voluntarily follow the guidelines. In the longer run, we will revise the telecommunications business act to offer more details," the KCC said in a statement.

Platform operators will be obligated to manage reviews that are "clearly misguiding" or "expected to cause irreparable damage."

Rep. Bae Jin-kyo of the minor Justice Party recently also proposed a new bill to revise the electronic commerce law, in which platforms are obligated to notify users that they can be punished for posting malicious reviews.

Nevertheless, Yoo Ji-man (alias), a 32-year-old man who runs a Chinese restaurant in southeastern Seoul, says he plans to immediately leave delivery platforms once the COVID-19 pandemic is over.

"For now, we need to join delivery platforms, as there are not as many eat-in customers as there used to be," Yoo said.

"It is very stressful. For instance, a reviewer gave me one star out of five for including pieces of squid in a bowl of noodles, just because that person did not like seafood," Yoo said. "I know customers come first, but what about us?"