SEOUL, July 16 (Yonhap) -- Sales of short-term corporate bonds in South Korea rose 12 percent in the first half of the year from a year earlier amid the coronavirus pandemic, data showed Friday.

Local companies issued 577.4 trillion won (US$505 billion) worth of bonds maturing within one year in the January-June period, up from 515.5 trillion won a year earlier, according to the data from the Korea Securities Depository (KSD).

Compared with a year earlier, the amount was also up 11.9 percent.

Sales of bonds maturing within three months came to 572.9 billion won, accounting for 99.2 percent of the total. The issuance of short-term bonds with a rating of A1 stood at 540 trillion won, taking up 93.5 percent of the aggregate.

Securities firms sold the largest amount of short-term bonds with 327.1 trillion won, followed by special purpose companies with 106 trillion won, according to the data. 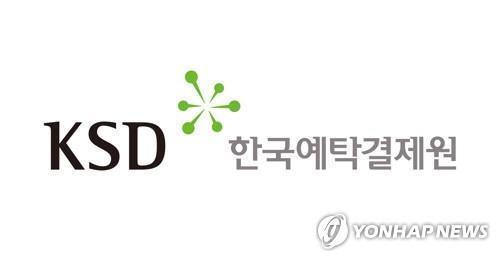