The ministry issued an air operator certificate (AOC) to Air Premia to allow it to use aircraft for commercial purposes.

"Air Premia needs to report its routes to the aviation authority before it begins flight services," a ministry official said.

Air Premia plans to start services on mid-and long-haul routes initially with a 309-seat B787-9 passenger jet, a company spokeswoman said, adding it will later decide flight schedules, depending on the pandemic conditions. 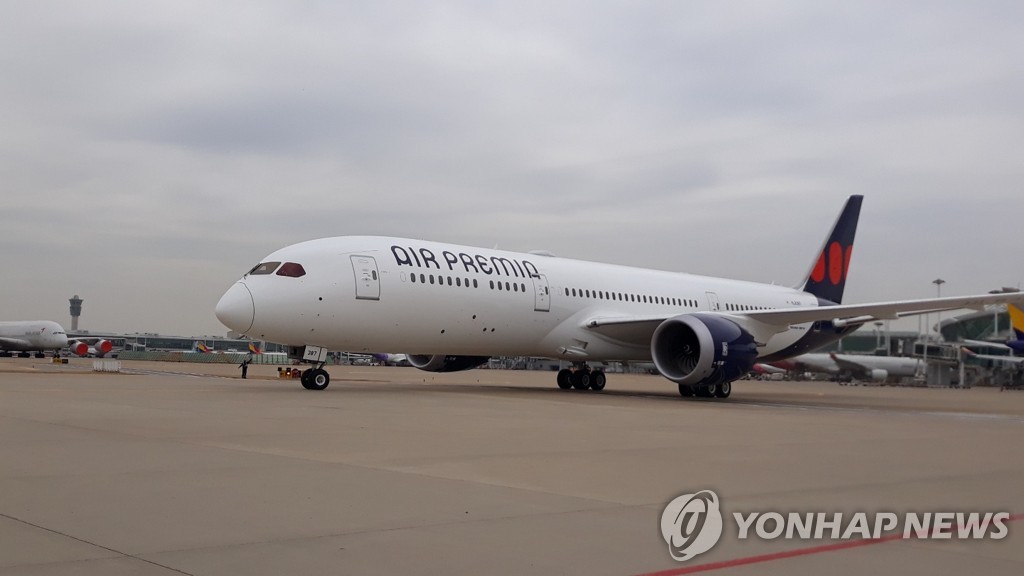