SEOUL, July 16 (Yonhap) -- The Bank of Korea (BOK) is preparing to begin normalizing its pandemic-era easing of monetary policy as it seeks to ease side effects of low interest rates, BOK Gov. Lee Ju-yeol said Friday.

The remarks came a day after Lee strongly hinted it may conduct its first post-pandemic rate hike by the end of this year, despite a recent spike in COVID-19 infections.

The BOK has "notified markets in advance that it could start normalization to ease side effects of low rates for too long if the economic condition improves," Lee told lawmakers. 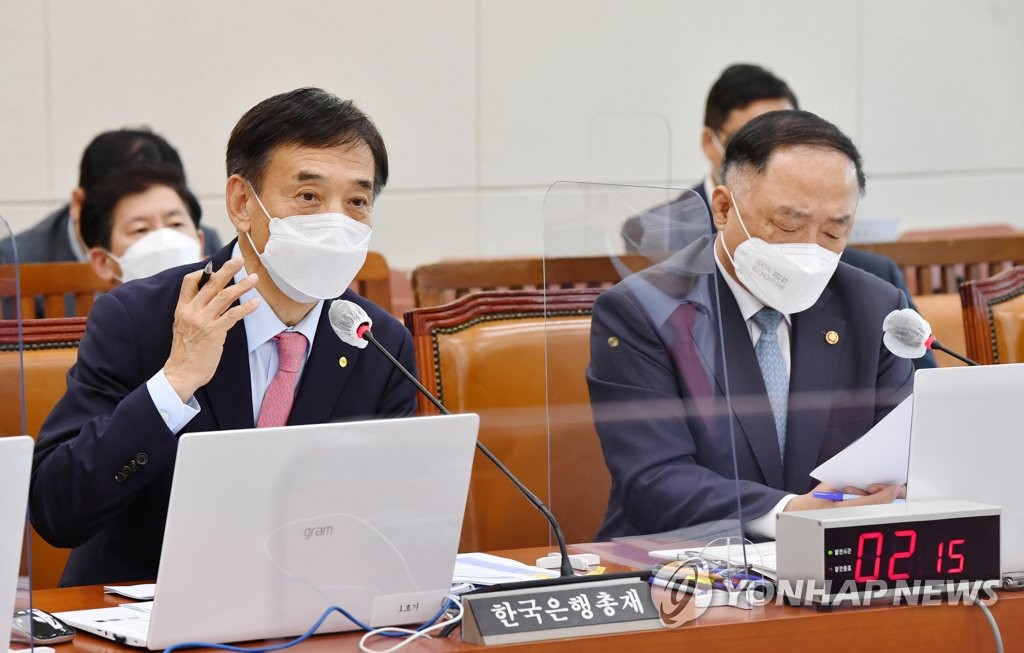 While Lee kept his hawkish stance, Lee said the timing of a rate hike depends on the impact of a resurgence of COVID-19 cases.

The BOK "delivered a message (of a rate hike) within this year and the timing of its beginning needs to be watched due to the new coronavirus," Lee told lawmakers.

On Thursday, the BOK's monetary policy board voted to leave the base rate steady at this year's fifth rate-setting meeting, but Lee adopted a more hawkish tone.

Thursday's decision came as the nation was battling against its worst-ever COVID-19 outbreaks, with daily new infections rising above 1,000 for more than a week.

Lee said the pace of an economic recovery is unlikely to be significantly undermined by the fourth wave of the pandemic because of vaccination efforts and an extra budget.

This year's economic growth is projected to be around 4 percent, consistent with the forecast in May, Lee said.