TOKYO, July 16 (Yonhap) -- Officials of a far-right Japanese political party protested banners with a nod to history hung outside South Korean quarters at the Olympic athletes' village on Friday, accusing the visitors of making an overtly political display of anti-Japanese sentiment.

Members of the minor National Party of Japan brought the Rising Sun Flag, formerly used by the Japanese imperial army, and called on South Korean athletes to leave Tokyo.

They took umbrage at the message written across a few banners hung on balconies at South Korean athletes' rooms at the village. It translates as: "I still have support from 50 million Korean people." 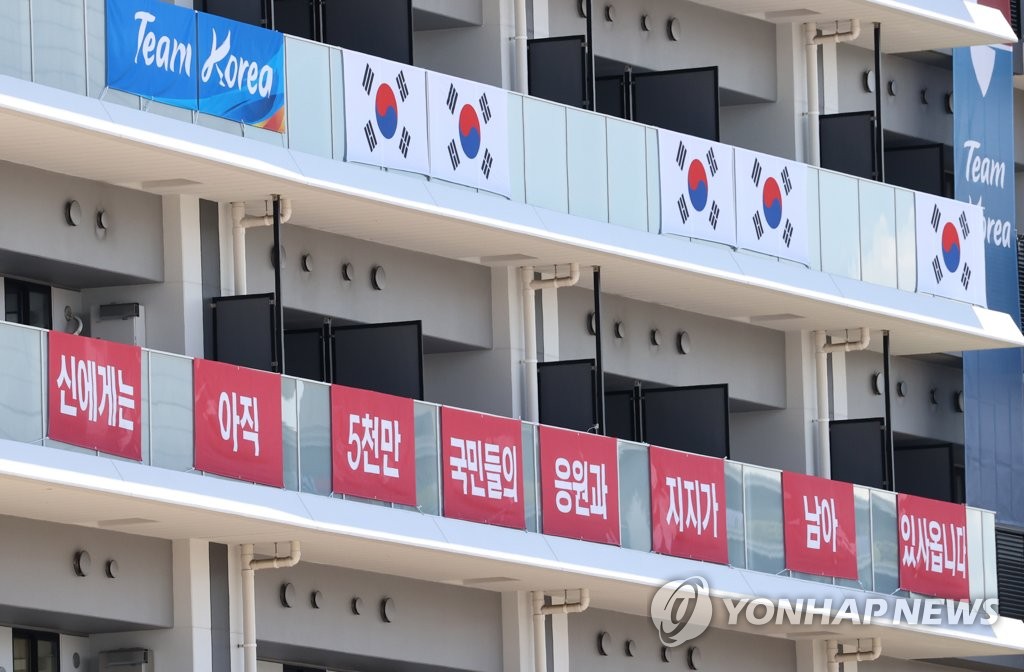 This was in reference to the famous words left by Admiral Yi Sun-sin before he and his undermanned fleet took on Japan in a naval battle in 1597. Yi, one of the most revered historical figures in South Korea, told King Seonjo of Joseon Dynasty: "I still have 12 battleships left," and then maneuvered those dozen vessels to take down some 300 enemy ships.

The rallying cry for the Korean Olympians has now irked the far right in Japan.

One party member said, "South Korean athletes must leave Japan. If they don't want to go home, they should get rid of the banners. If not, the Japanese people will take them down."

The party is headed by Nobuyuki Suzuki, who was once indicted by South Korean prosecutors on charges of defaming former Korean wartime sex slavery victims. He was accused of putting up a wooden stake beside the Statue of Peace commemorating those victims, in front of the Japanese Embassy in Seoul in June 2012. The stake had the message, "Takeshima is Japanese territory," using the Japanese word for South Korea's easternmost islets of Dokdo. 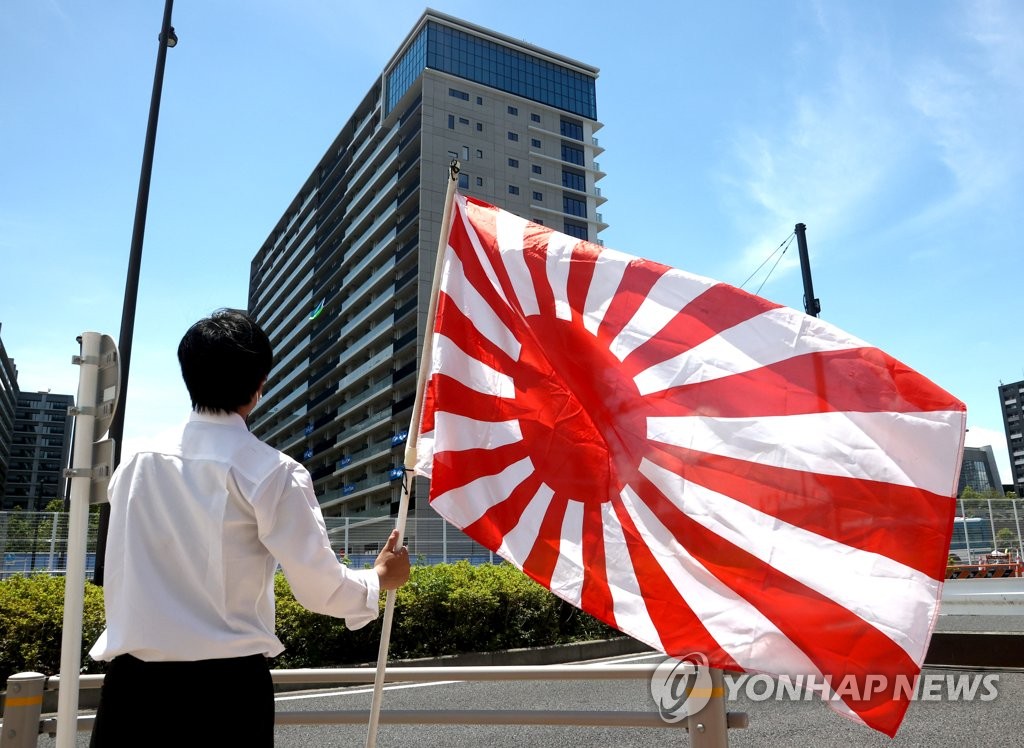 Suzuki has refused to appear in a Seoul court for a hearing on the case 20 times, most recently in April this year.

The Rising Sun Flag, hoisted during Japan's invasion of Asian nations in the late 19th century, is viewed by South Koreans and other Asian countries as a symbol of Japan's militaristic and imperialistic past. It continues to be used by extreme right-wing organizations in xenophobic demonstrations.

FIFA has already banned the use of the flag. In the leadup to the Olympics, KSOC President Lee Kee-heung, also a member of the International Olympic Committee (IOC), said he believed Tokyo's organizing committee and the IOC will come down hard on the display of the Rising Sun Flag at venues.

Earlier in the year, Japan's depiction of Dokdo as its own territory on an Olympic map irked South Koreans.

The IOC's Olympic Charter states, "No kind of demonstration or political, religious or racial propaganda is permitted in any Olympic sites, venues or other areas." 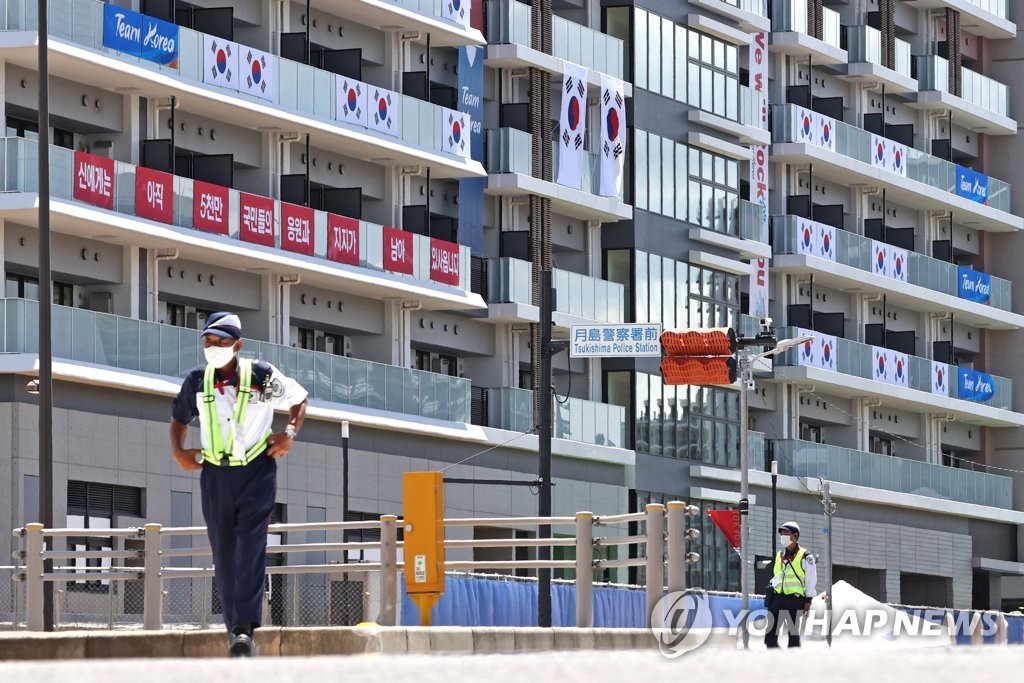