SEOUL, July 17 (Yonhap) -- South Korea's daily new coronavirus retreated to the 1,400s on Saturday, but authorities are considering slapping tighter social distancing rules outside the capital area amid the spiraling number of infections nationwide coupled with the concerns over the delta variant.

The country added 1,455 COVID-19 cases, including 1,404 local infections, raising the total caseload to 176,500, according to the Korea Disease Control and Prevention Agency (KDCA).

On the previous day, South Korea added 1,536 cases, which slightly fell from the record high of 1,615 tallied Wednesday. Daily cases have been staying above the 1,000 mark since July 7. 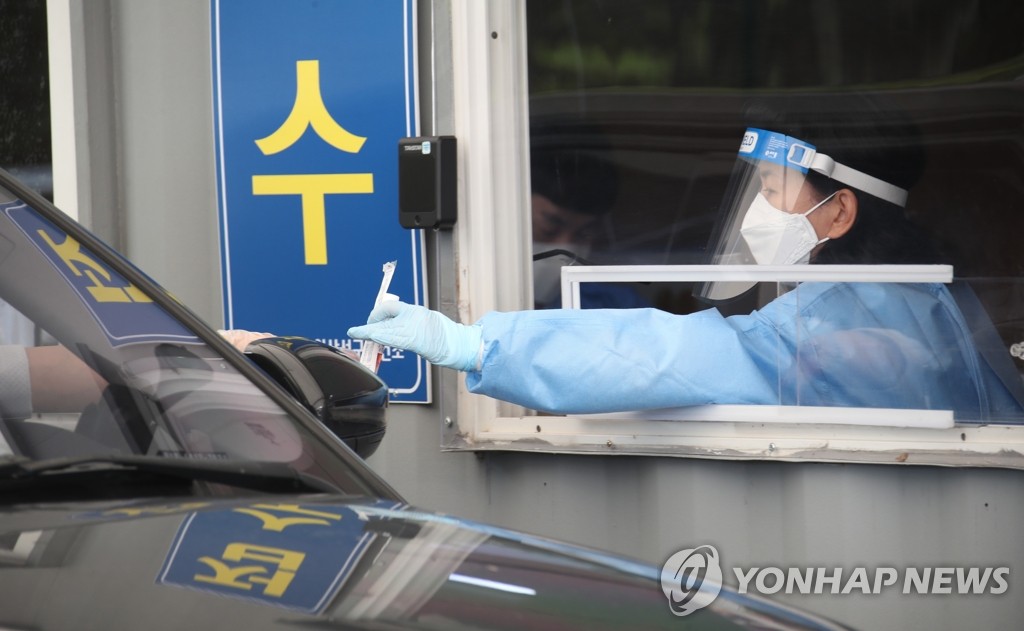 The greater Seoul area, home to half of the country's 51.3 million population, has been under the highest level of social distancing measures since Monday.

Under the toughest virus curbs, gatherings of more than two people are banned after 6 p.m., and entertainment establishments, including nightclubs and bars, are ordered to shut down, while restaurants are allowed to have dine-in customers until 10 p.m.

Other regions were placed under the lowest social distancing rule of Level 1 throughout this month, before authorities decided to raise the guideline to Level 2 earlier this week amid the looming nationwide spread of the virus.

While gatherings of up to eight would be allowed in principle under Level 2, Prime Minister Kim Boo-kyum urged on the previous day regional governments to adopt further toughened restrictions with the cap at just four amid growing concerns over the nationwide spread of the virus.

The country plans to provide details Sunday on the ceiling that will be applied outside the capital area.

South Korea, which has been considered one of the most successful countries in coping with the COVID-19 pandemic, is currently at a critical juncture, with authorities expecting the daily figure to jump up to the mid-2,000s by mid-August.

While health authorities say the country's inoculation program is set to flatten the curve soon, the number of people being vaccinated has remained sluggish over the past few weeks amid the supply shortages of jabs. 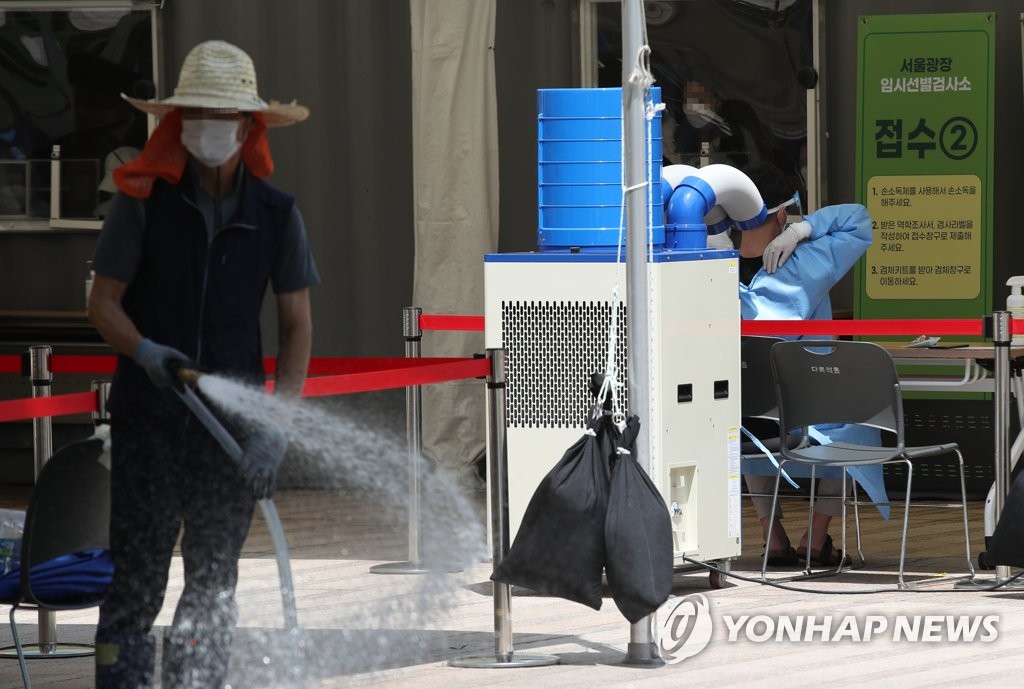 A total of 16 million people, or 31.3 percent of the country's population, have received their first shots of COVID-19 vaccines as of Saturday.

The KDCA added that 6.35 million people have been fully vaccinated, accounting for 12.7 percent of the population.

The number of potential side effects reported among those vaccinated has reached 105,509 since the country launched the inoculation program in late February, although 95 percent of them had mild symptoms. There were 414 deaths, although their correlations are not confirmed.

Of the newly confirmed domestic cases, 556 were from Seoul, 385 from the surrounding Gyeonggi Province and 77 from the western port city of Incheon.

Cases continued to pile up in other areas as well.

Imported cases, which also include South Korean nationals from overseas, came to 51.

By country, 14 cases came from arrivals from Uzbekistan, trailed by those from the Philippines and Indonesia with seven each.

The total number of people released from quarantine after making full recoveries was 157,960, up 847 from a day earlier. This indicates around 89.5 percent of the patients reported here being fully cured.

The number of patients in critical condition came to 185, up 14 from the previous day.