The cable TV broadcaster, JTBC, reported Friday that Hirohisa Soma, deputy chief of mission at the Japanese Embassy, made sexually indecent comments during a lunch with its reporter, saying Moon is in a tug of war only with himself while Tokyo has little room to pay attention to pending issues between the two countries.

"Vice Foreign Minister Choi lodged a stern protest over undiplomatic, rude remarks by a senior official of the Japanese Embassy, which greatly denigrated our leader's efforts to improve relations between the South and Japan," the ministry said in a press release.

"He also demanded the Japanese government promptly take visible and due steps to prevent a repeat of such a situation," it added. The ambassador expressed regrets over Soma's remarks and said that he would relay Seoul's demands to his government, the ministry said.

The two countries have been in talks over the possibility of Moon visiting Tokyo to attend the opening ceremony of the Summer Games later this month and have talks with Japanese Prime Minister Yoshihide Suga to help address protracted rows over wartime history and trade.

Earlier in the day, Aiboshi said he had cautioned Soma over what he called "extremely inappropriate" remarks.

"(The remarks) as a diplomat were extremely inappropriate and very regrettable," Aiboshi said in a press release. "I have sternly cautioned Minister Soma after receiving his briefing (on the matter)."

The ambassador said that while Soma did make the controversial remarks, he has retracted the remarks, which Soma claimed were by no means directed at Moon.

Soma's gaffe added to tensions between Seoul and Tokyo over the long-simmering issues of Japan's wartime forced labor and sexual slavery, as well as its restrictions on exports of key industrial materials to South Korea.

Seoul has been cranking up diplomacy with Tokyo to address the issues through high-level talks and enhance cooperation in addressing shared challenges, such as North Korea's nuclear threats, amid Washington's push to bring its two Asian allies closer. 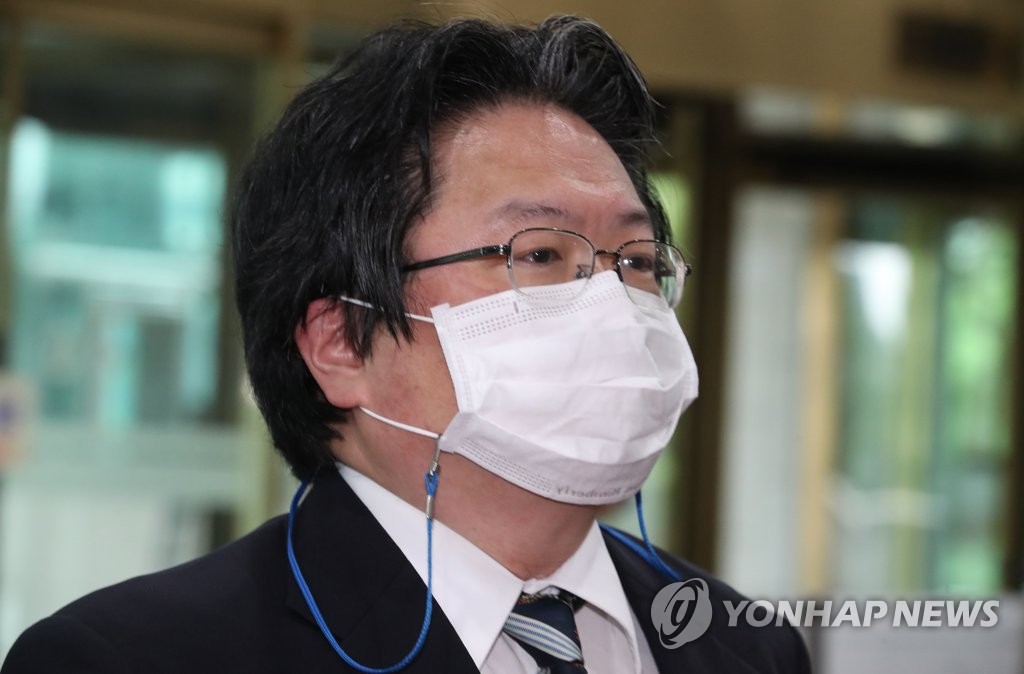