Two players have taken themselves out of the picture due to off-field misconduct this week, and Kim said Saturday he hopes he won't have to make any more changes.

"Unless someone gets hurt, I'd like to take this group of players to Tokyo," Kim told reporters at Gocheok Sky Dome in Seoul, where the national team opened its pre-Olympic training camp.

Second baseman Park Min-woo and pitcher Han Hyun-hee withdrew from the Olympic team on Wednesday and Saturday, in the aftermath of a COVID-19-related misconduct scandal. 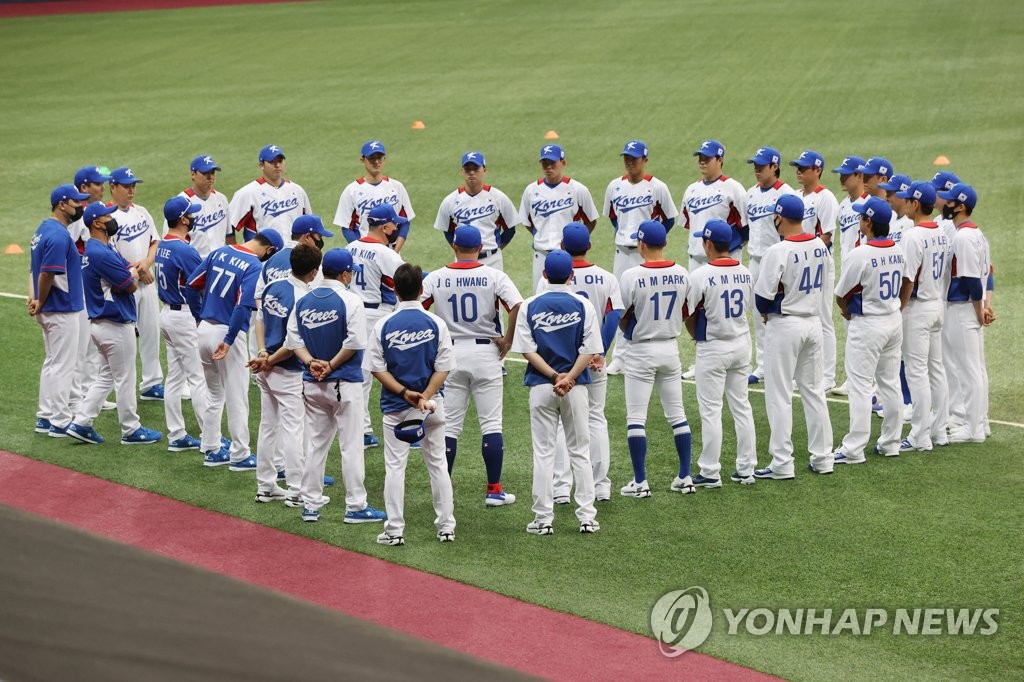 Park and his three teammates of the NC Dinos were found to have met with some outside guests for drinks in a room at their Seoul road hotel last week, violating social distancing rules in the process. Those four players were banned for the rest of this season by the Korea Baseball Organization (KBO) on Friday.

Also on Friday, the Kiwoom Heroes announced that Han and another player were caught after leaving their road hotel on their own to have drinks at another hotel in Seoul -- the same place where the Dinos' players had their drinking party.

"I would've liked to start this (camp) with a smile," said Kim, who managed South Korea to the gold medal at the 2008 Beijing Olympics. "As a senior member of the baseball community, I am here with a heavy heart." 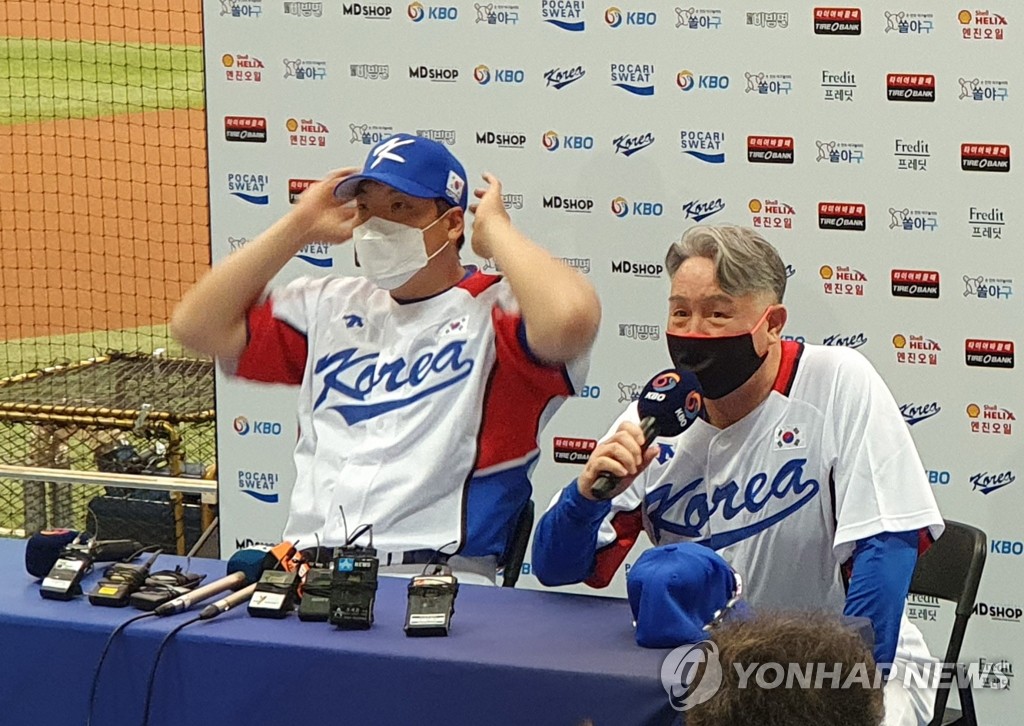 Kim Jin-uk, 19, was a surprise pick, in that the manager chose not to select an infielder in place of Park.

"We needed more left-handed pitching," the manager, defending his choice. "He struggled early in the season but has pitched better after moving to the bullpen. I wanted to give a young left-hander like him a chance to grow."

Kim Jin-uk lost three of his first four starts while allowing 21 earned runs in 17 1/3 innings on 17 hits and 17 walks. As a reliever, Kim has held opponents to five earned runs in 11 2/3 frames.

As for Oh, who turned 39 on Thursday and brings a wealth of experience as the KBO's career saves leader and former major league closer, the skipper is counting on more than just on-field excellence.

"I hope a veteran like him can come in and be the calming influence for younger guys in these challenging times," Kim said.

Two of the notable snubs from the first time Kim Kyung-moon named his team in June, Hanwha Eagles' second baseman Jung Eun-won and their reliever Kang Jae-min, were left off once again. Jung leads all second basemen in wins above replacement (WAR) with 3.33, and Kang has a 1.04 ERA in 43 1/3 innings this season after enjoying 17 straight scoreless outings over 24 2/3 innings. 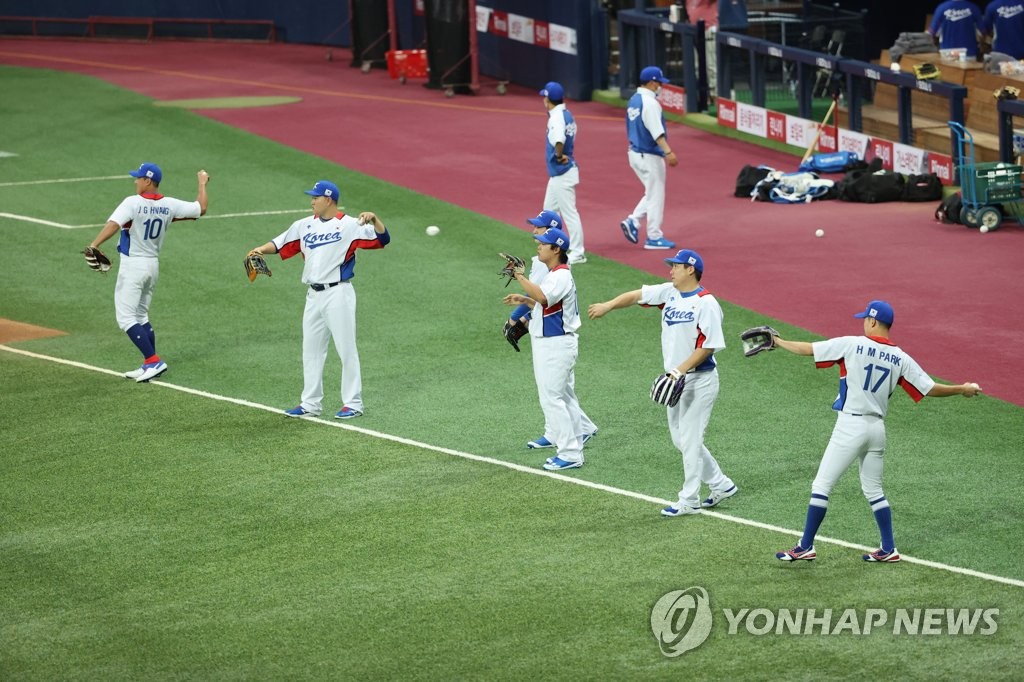 "Those two are obviously great players, but if I bring up their names again when they're not on the team, it will only hurt their feelings that much more," Kim said. "I'd be better off not discussing those two players."

South Korea will play two exhibition games before the Olympics: against the under-24 KBO All-Stars next Friday and against the KBO club Kiwoom Heroes on July 25.

Despite the off-field controversy hanging over the national team, Kim said the objective hasn't changed.

"We are the defending champion and the goal is obviously to win the gold medal (in Tokyo)," he said. "The first two matches will be crucial. We'll decide on starting pitchers for those two games pretty soon."

After South Korea won the gold in 2008, baseball was not part of the competition in 2012 and 2016. It will make its Olympic return this year in baseball-crazed Japan. 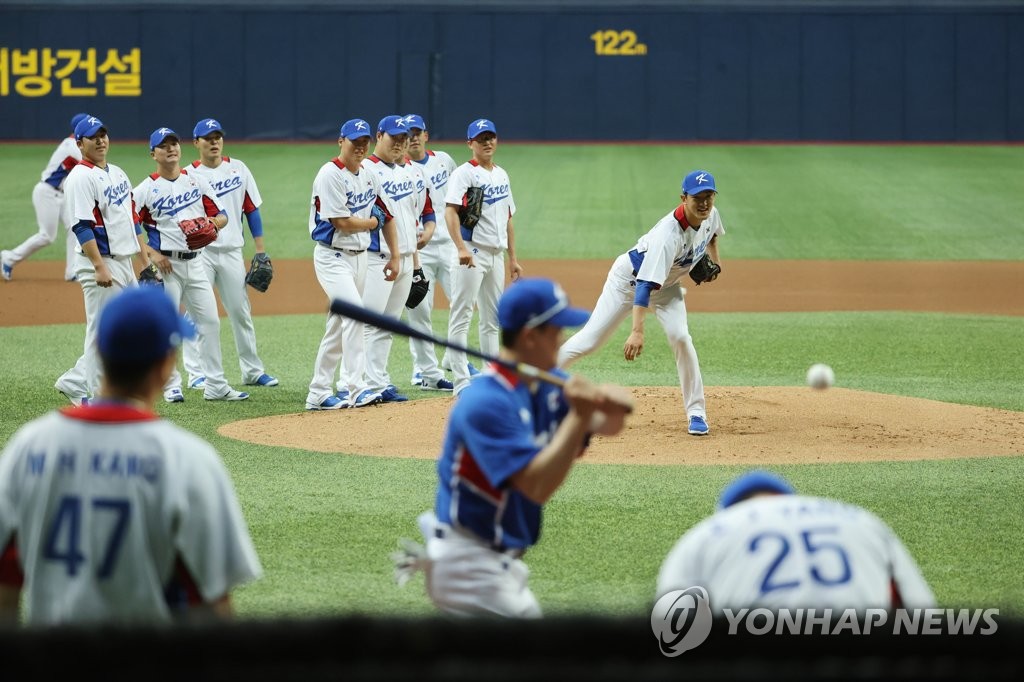 Kim Hyun-soo, one of three players who also played in Beijing 13 years ago, said his message to the team is to play with confidence and not feel too burdened by the weight of expectations.

Like his manager, Kim doesn't want to see any more players break health and safety protocols.

"I am going to make sure they know how important it is to abide by these rules, and they're probably going to get tired hearing it from me," Kim said. "We should know that one person's mistake can ruin the entire team. I believe the guys will take care of themselves." 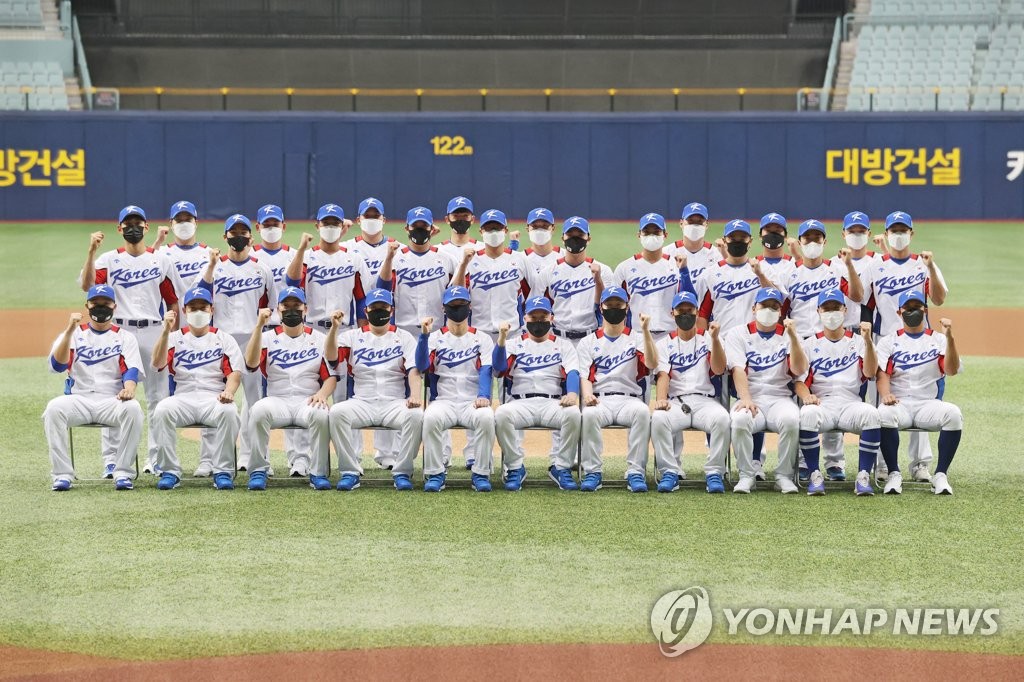 Scandal or not, nat'l baseball manager keeps sight on gold in Tokyo

Scandal or not, nat'l baseball manager keeps sight on gold in Tokyo