SEOUL, July 18 (Yonhap) -- Two baseball players have been fined by local health authorities for violating social distancing rules, in a new wrinkle to a damaging misconduct scandal that has rocked professional sports in the country.

Gangnam Ward office in southern Seoul said Saturday evening that it has levied a fine on one player each from the Hanwha Eagles and the Kiwoom Heroes in the Korea Baseball Organization (KBO) for being involved in an illegal social gathering. The players also face a potential police investigation for allegedly lying during a contact tracing probe. 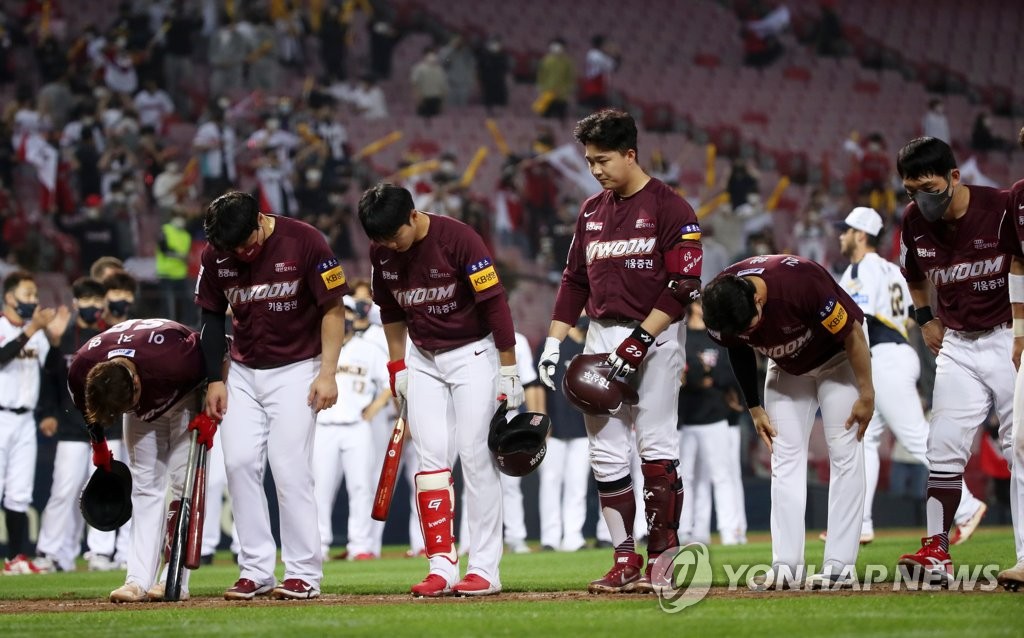 According to Gangnam officials, two Eagles and two Heroes met with three outside guests inside a room at a Seoul road hotel for the Eagles in the early hours of July 5.

Private gatherings of more than four people were banned in the greater Seoul area at the time.

From that group, one Hanwha player, whose identity is being withheld, and Kiwoom pitcher Han Hyun-hee didn't count toward the total size of their gathering because they had been fully vaccinated. The unidentified Eagle had been on the provisional Olympic roster and received his two doses. Han, who was selected to the Olympic team in June and withdrew on Saturday amid the ongoing scandal, also got his two doses. Those two also escaped fines.

Even without those two in the equation, it was still a gathering of five people, meaning the two remaining ball players violated social distancing rules.

While acknowledging that their players had drinks with outside guests, both the Eagles and the Heroes said Friday they found no breaches of social distancing regulations. 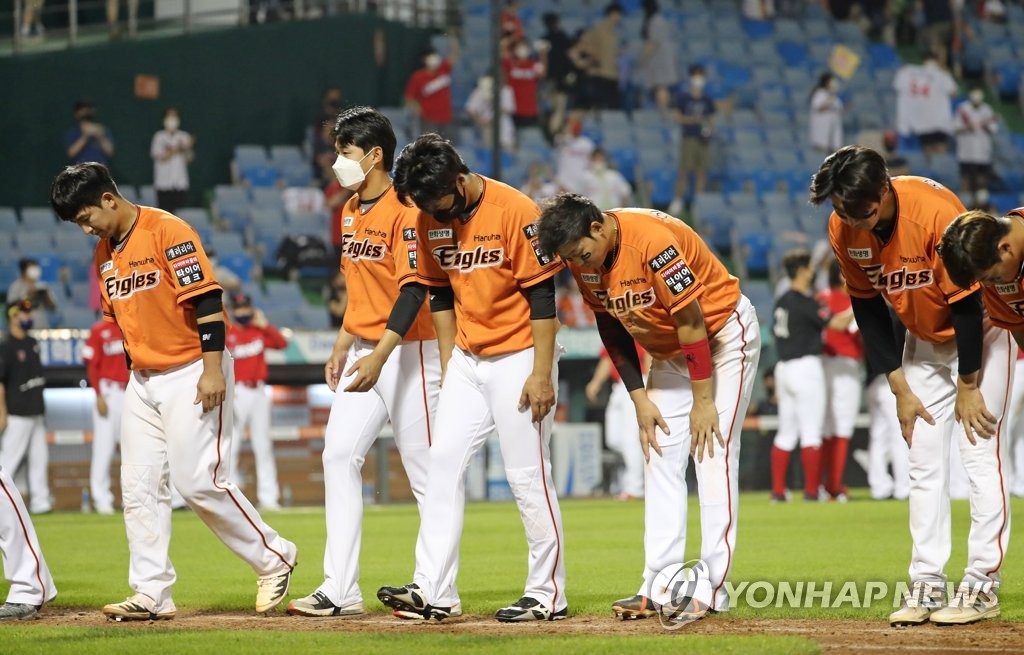 They simply trusted their players' versions of the stories and were apparently unaware of the possibility -- or perhaps ruled it out completely -- that those players might not have been cooperative with contact tracers.

On Thursday, four players of another KBO club, NC Dinos, were accused of lying about their whereabouts during contact tracing, after they met with two guests for beers on July 5 in the same Seoul hotel where the aforementioned Eagles and Heroes players had their meeting.

The Gangnam Ward office has asked police to open an investigation on the four NC players' potential violation of the Infectious Diseases Prevention Act. A Gangnam official said Saturday the ward will consider taking the same step on the players from Hanwha and Kiwoom.

Three positive cases from the Dinos and two more from the Doosan Bears -- whose players have not yet been mired in a similar misconduct scandal -- forced the KBO to suspend the regular season last Monday.

The league is heading into a scheduled Olympic break from Monday to Aug. 9.