SEOUL, July 18 (Yonhap) -- During South Korea's inexorable march to the baseball gold medal at the 2008 Beijing Olympics, the defining moment for catcher Kang Min-ho came not in an at-bat or a defensive play but in an ejection.

With South Korea nursing a 3-2 lead over Cuba in the bottom of the ninth inning in the gold medal showdown, Kang was tossed after arguing balls and strikes with home plate umpire Carlos Rey. The angry catcher slammed his mask into the ground and threw his mitt toward the dugout on his way out. 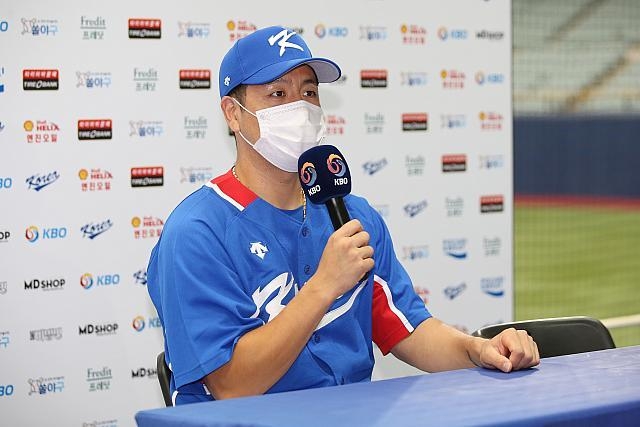 Cuba had the bases loaded with one out, the gold medal-winning run standing at second. South Korea got a double play to clinch the title, making Kang one of the most relieved players on the team. He was even credited with rallying the rest of the team in the final crucible moments, with his teammates and team officials joking about Kang's impressive velocity with his mitt throw.

Turn the clock 13 years forward. Kang is back on the national team as one of only three holdovers from 2008, as South Korea looks to defend its gold medal in Tokyo starting later in July. In a press conference held Sunday at Gocheok Sky Dome in Seoul, Kang said he'd like to win the gold medal in much different fashion than the last time.

"I don't want to have to throw my mitt again," Kang quipped. "I hope we will bring home the gold medal without any incident or controversy along the way."

Kang turned 23 during the 2008 Olympics. Now at 35, he's the second-oldest member of this year's Olympic team, behind the 39-year-old reliever and Samsung Lions teammate, Oh Seung-hwan.

Kang said he felt like a kid in the candy store in 2008, someone who was simply happy to be on the team. Things are much different now. 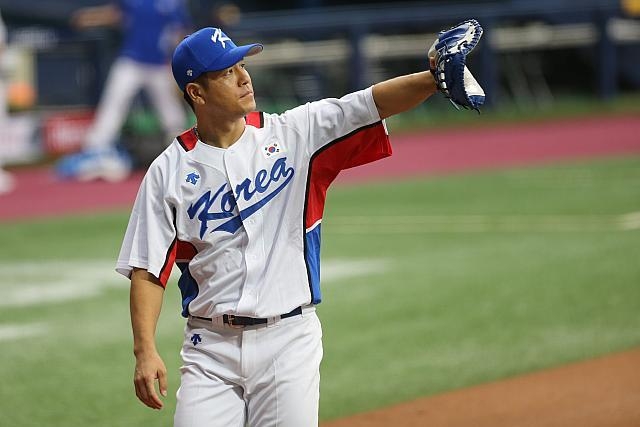 "As one of the veterans, I feel like I have to set the right tone in the clubhouse," Kang said. "There are some guys who aren't all that familiar with one another. I think it's my job to make things as comfortable and relaxing for those players as possible. I've been trying to strike up conversations with some young players too."

Kang has seen it all and done it all in his 18 years in the Korea Baseball Organization (KBO), and he came away impressed after catching for one of two teenagers on the pitching staff, Lee Eui-lee of the Kia Tigers.

"I found out I am 17 years older than Eui-lee," Kang said with a smile. "His fastball had so much life to it. There's a reason he was picked for the Olympics." 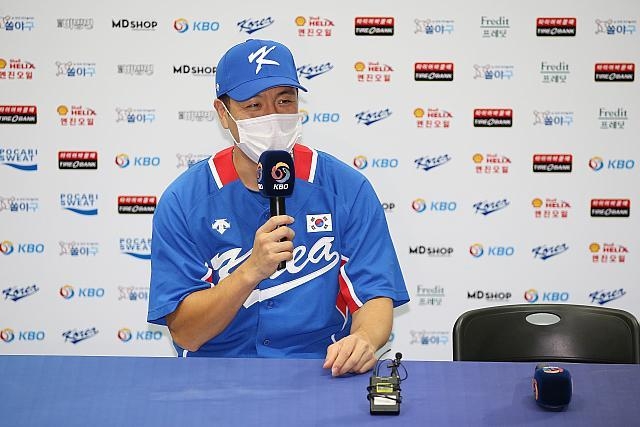 As someone who has been at the Olympics at a relatively young age, Kang had this bit of advice to the current team's youngsters.

"I'd like to see them play without any fear," Kang said. "They may not have much experience. But if they just compete without being afraid of anything, we'll be just fine."

South Korea opened its pre-Tokyo camp Saturday at the dome. The team will play two exhibition games at the stadium before departing for Japan on July 27.

Its first preliminary game is against Israel on July 29, followed by the United States on July 31. 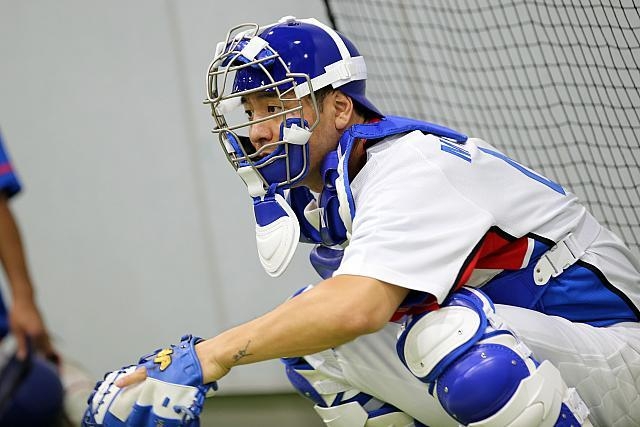