SEOUL, July 18 (Yonhap) -- As roster decisions go, this was probably the easiest one to make for the South Korean Olympic baseball manager Kim Kyung-moon.

During a press conference on Sunday at Gocheok Sky Dome in Seoul, Kim named Oh Seung-hwan, he of more than 400 professional saves in three different leagues, as his closer for the Tokyo Olympics.

The 39-year-old right-hander for the Samsung Lions is the career saves leader in Korea Baseball Organization (KBO) history with 322. He is leading the league this year with 27 and has put up a 2.52 ERA in 35 2/3 innings. 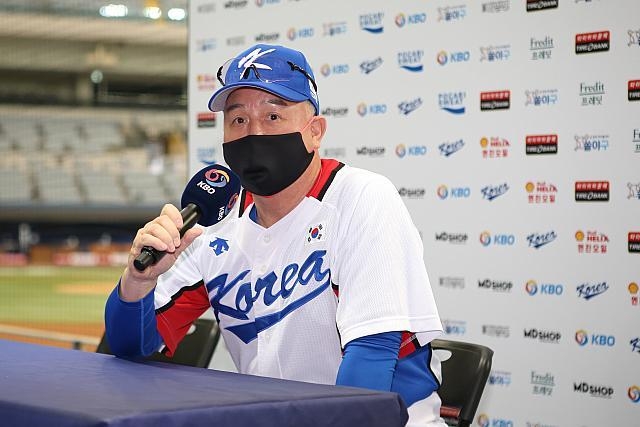 Oh also recorded 80 saves for the Hanshin Tigers in Japan from 2014 to 2015 and picked up 42 saves in the majors from 2016 to 2019 while pitching for the St. Louis Cardinals, Toronto Blue Jays and Colorado Rockies.

Oh helped South Korea to the gold medal at the 2008 Olympics, where he collected a win and a save in two appearances while not allowing any earned runs.

"Right now, Oh Seung-hwan is our No. 1 option to close out games," said Kim, who also managed that 2008 Olympic team.

Kim has two other KBO closers on hand in Go Woo-suk of the LG Twins and Cho Sang-woo of the Kiwoom Heroes. Both are younger and throw harder than Oh, but the manager opted for Oh's savvy and experience.

"Depending on our opponents and situations within games, we'll consider using Cho Sang-woo and Go Woo-suk in early innings," the manager said. 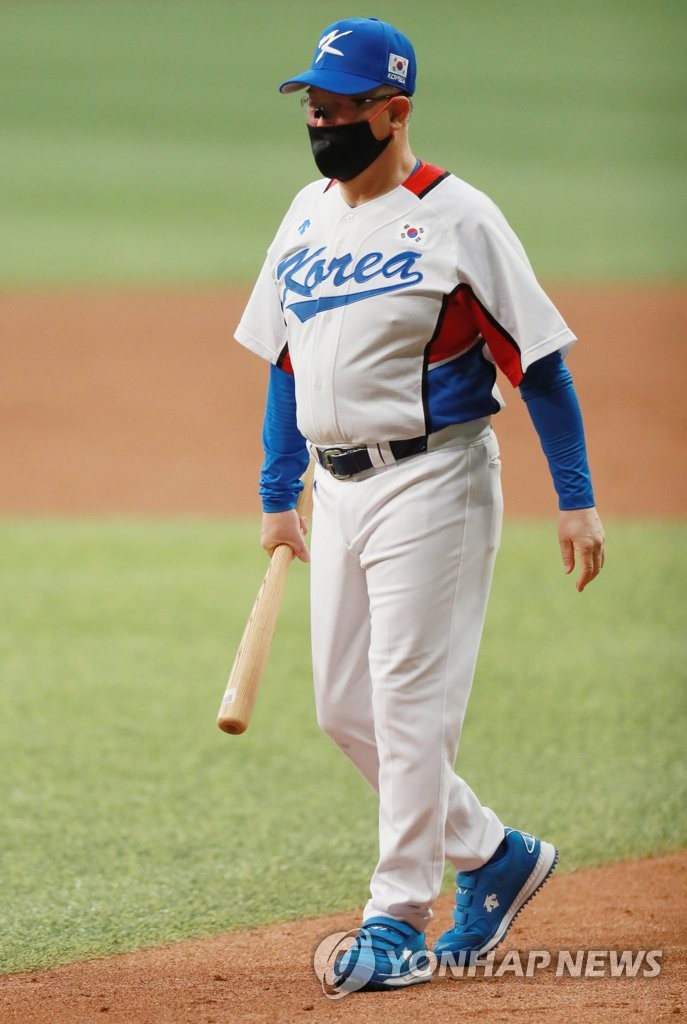 Oh was the last to join the Olympic team. It was only Saturday that Oh was announced as the replacement for the Kiwoom Heroes right-hander Han Hyun-hee, who withdrew from the Olympic team after getting caught leaving the team hotel during a recent road trip to have drinks with fellow players and other guests.

Oh wasn't available for the team's first practice Saturday. Though the veteran pitcher wasn't around, Kim was pleased with what he saw from the rest of his squad.

"From what I saw Saturday, I felt like these players came here well prepared," Kim said. "These guys obviously know each other (from playing in the KBO), but there was still a little bit of awkwardness. I think things will only get better as we spend more time together." 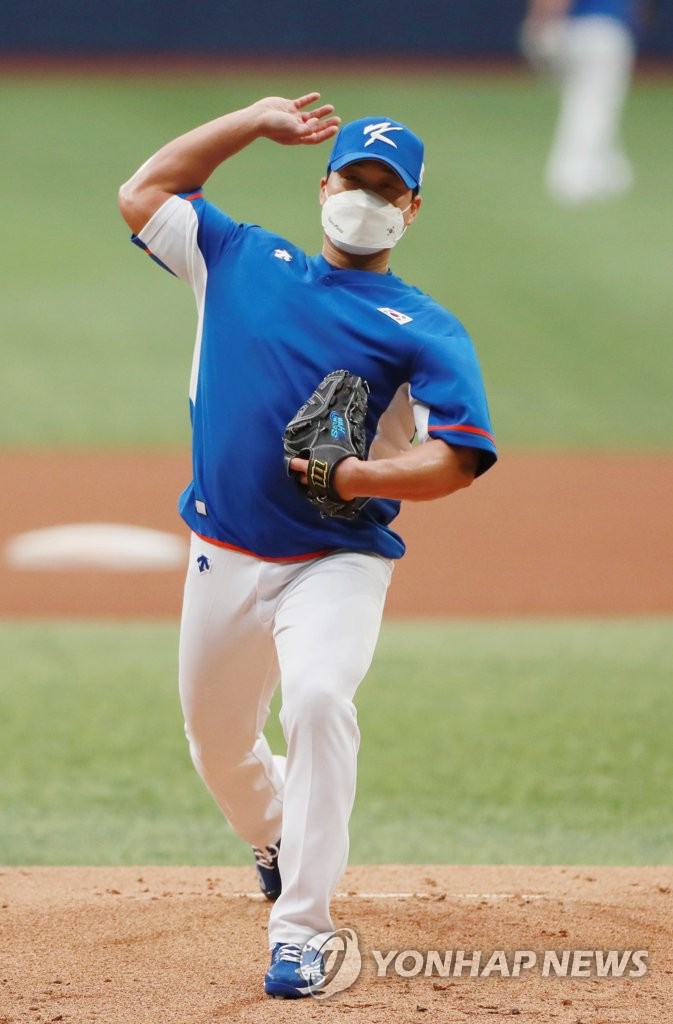 At 39, Oh is the elder statesman on the team and is 20 years older than his youngest teammates, left-handers Lee Eui-lee and Kim Jin-uk.

Manager Kim has been second-guessed about selecting the pair of 19-year-old rookies ahead of more experienced pitchers, but he reiterated his confidence in the young arms.

"I've told those players that they shouldn't try to do too much," Kim said. "I am convinced that they have enough talent to be competitive against international hitters, as long as they stay relaxed and don't put too much pressure on themselves. I want to make it as comfortable for them as I can." 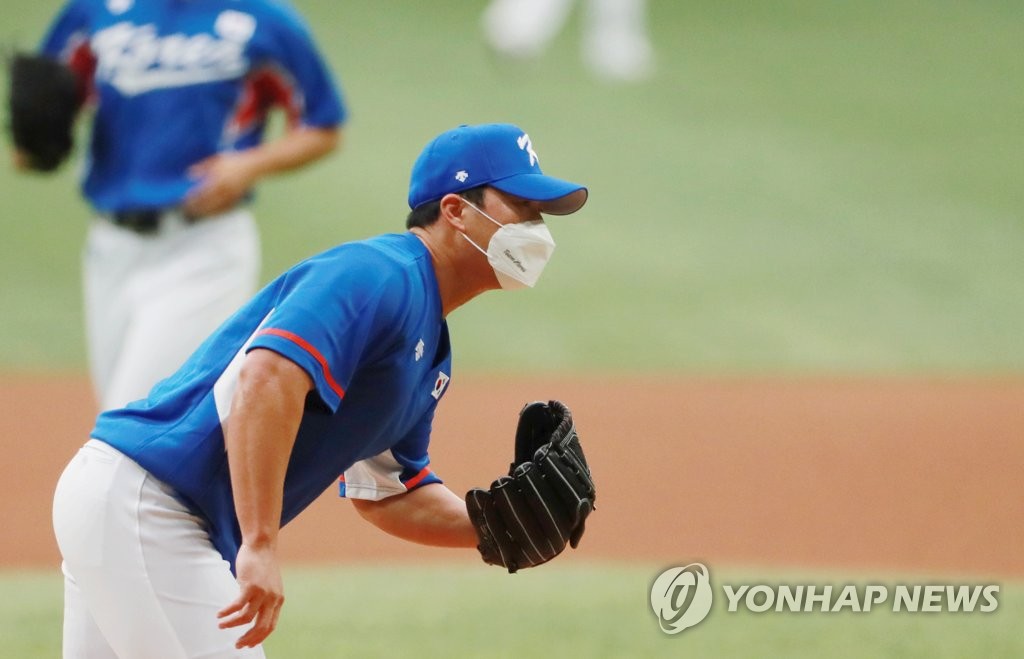