SEOUL, July 19 (Yonhap) -- The military on Monday began administering the second doses of Pfizer's coronavirus vaccine to troops aged 30 and over, the defense ministry said.

About 116,900 troops, or 88 percent of the age group, who have received their first shots are subject to the inoculation, according to the ministry.

The military provided AstraZeneca's COVID-19 vaccine for their first shots in April and May but the second doses will be Pfizer's after health authorities decided earlier this month to administer AstraZeneca's vaccine only to over-50s due to blood clotting concerns.

Soldiers aged under 30 were given Pfizer's vaccine, and 391,297 members, or 95 percent of the age group, have completed receiving the two-dose regimen as of last week.

On Monday, the ministry said two civilian employees at the Air Force and the Army, respectively, have tested positive for the new coronavirus, in addition to 13 cases reported over the weekend.

The latest cases raised the total number of infections reported among the military population to 1,197.

Separately, 247 sailors of South Korea's 301-strong Cheonghae unit on an anti-piracy mission in waters off Africa have tested positive for the coronavirus in the worst-ever mass infection reported among service members.

The military sent two KC-330 aerial tankers to Africa on Sunday to bring back home all the service members from the virus-hit destroyer. 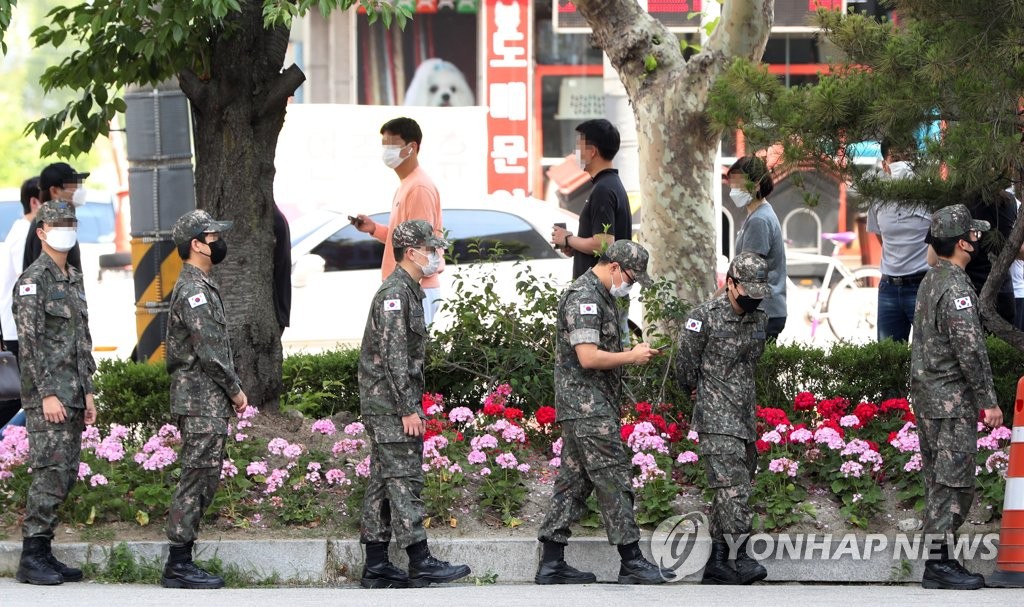