NARITA, Japan, July 19 (Yonhap) -- South Korean Olympic chief Lee Kee-heung insisted on Monday the International Olympic Committee (IOC) has promised in writing that it would ban the display of a Japanese imperialist flag during the upcoming Tokyo Olympics, a pledge made when South Korea was asked to remove banners the IOC believed to be political.

Upon arriving in Japan on Monday, Lee, president of the Korean Sport & Olympic Committee and also an IOC member, said the IOC is hoping both South Korea and the host country, Japan, would refrain from making any more political or diplomatic noise. Lee added, "It is inappropriate to do so during the Olympics, which is a celebration of peace." 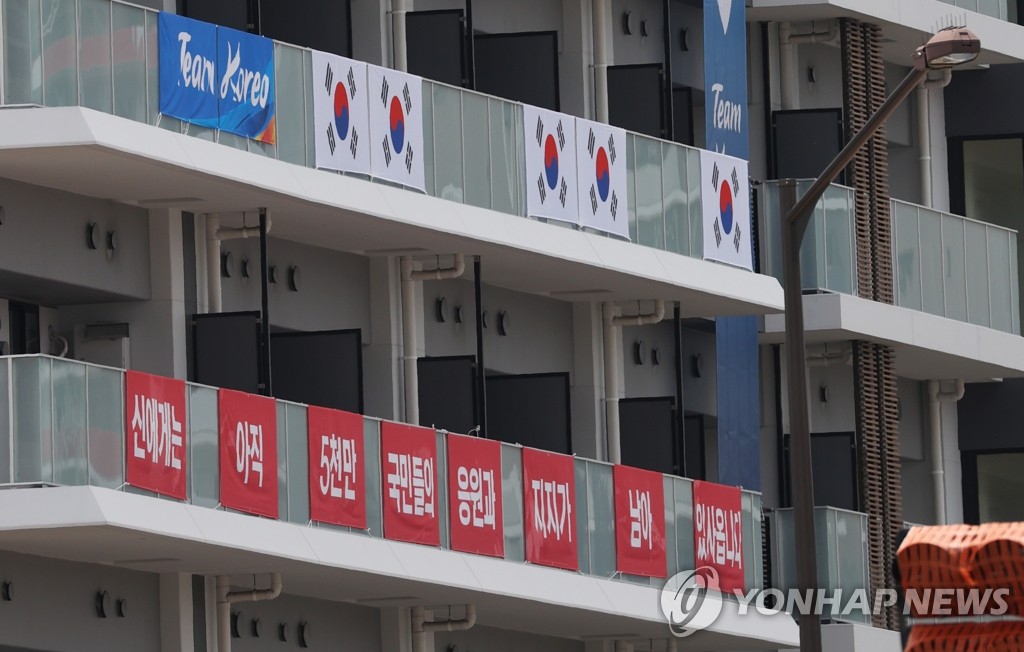 The IOC asked South Korea on Saturday to take down banners at the athletes' village with a historical reference. Written across a few banners was a rallying cry translated as, "I still have support from 50 million Korean people."

This was a nod to the famous words attributed to Admiral Yi Sun-sin before he and his undermanned fleet took on Japan in a naval battle in 1597. Yi, one of the most revered historical figures in South Korea, told King Seonjo of the Joseon Dynasty: "I still have 12 battleships left" and then maneuvered those dozen vessels to take down some 300 Japanese ships.

The message drew the ire of the Japanese far right, who felt the words were too political and anti-Japanese. Some staged a protest outside the village on Friday while holding the Rising Sun Flag, formerly used by the Imperial Japanese Army.

In requesting South Korea remove the banners, the IOC cited a potential violation of Article 2, Rule 50 in the Olympic Charter, which states, "No kind of demonstration or political, religious or racial propaganda is permitted in any Olympic sites, venues or other areas." 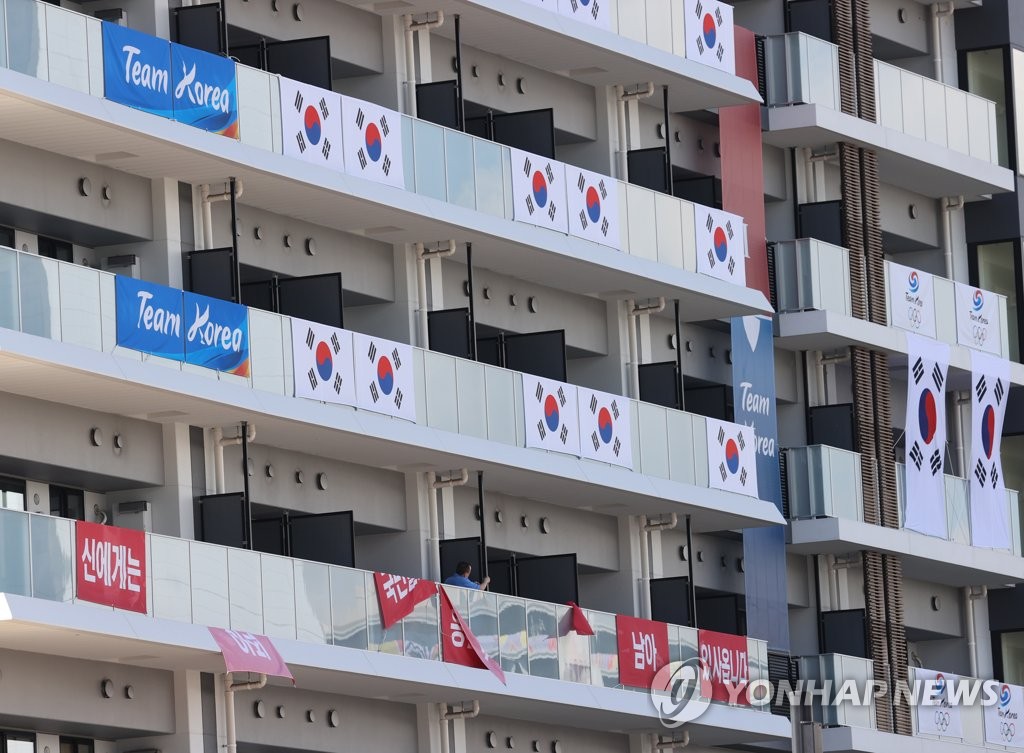 On Sunday, though, the Japanese media reported that the flag, which is viewed by South Koreans and people in other Asian countries as a symbol of Japan's militaristic and imperialistic past, would not be banned at Olympic venues. This led to speculation that the IOC hadn't made as strong of a pledge as the KSOC claimed.

"We do have (the pledge) in writing," Lee told reporters at Narita International Airport in Narita, just outside Tokyo. "People shouldn't worry about that. We received the letter from the IOC when we removed the banners."