A total of 247 sailors of the 301-strong Cheonghae unit have tested positive for the coronavirus, the Joint Chiefs of Staff said Monday, confirming a widely feared mass infection. The military sent two KC-330 multirole aerial tankers to Africa to bring back all the members.

"The government is very sorry for failing to carefully attend to the health of our troops dedicated to protecting our nation," Kim said during a daily interagency meeting on the government's coronavirus response, in addressing the virus outbreak within the Cheonghae unit. 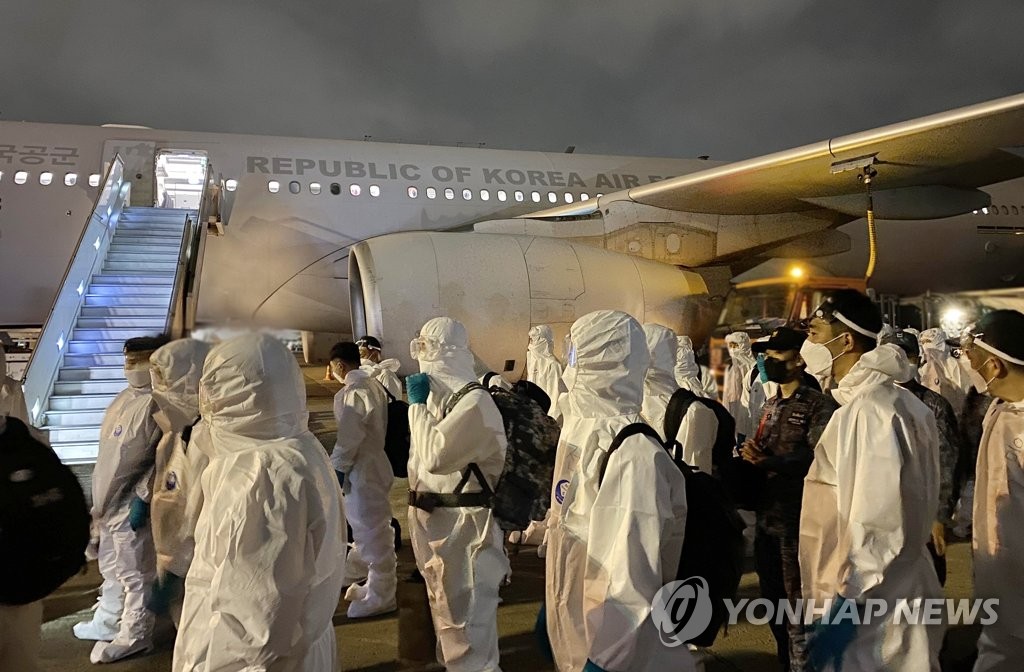 Kim instructed the defense ministry to do its best for the treatment and recovery of returning troops. He also called for proper follow-up measures to ensure smooth mission continuity in light of an abrupt rotation of troop dispatch. 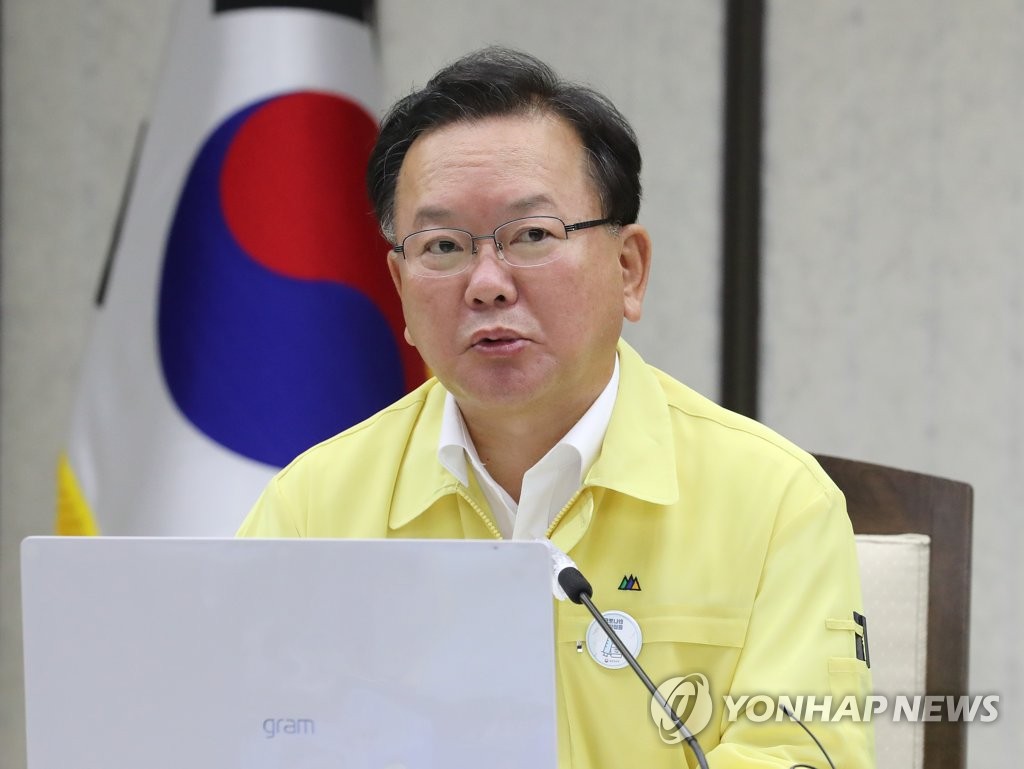 On Monday, health authorities began rolling out the first jabs of the Pfizer vaccine to high school seniors and teachers across the country as part of efforts to get ready for the national college entrance exam slated for mid-November.

"There are many worries among parents as the program marks the first vaccinations among youths," Kim noted while asking health and school authorities to take special measures to monitor vaccinated students.

During a Cabinet meeting later in the day, President Moon Jae-in agreed that it is hard for the government to avoid criticism that its relevant measures were "insufficient" in the eyes of the people.

He called on the authorities to handle the issue thoroughly, while humbly accepting such criticism.