SEOUL, July 20 (Yonhap) -- Defense Minister Suh Wook apologized Tuesday for the military's failure to prevent cluster COVID-19 infections among sailors of the Cheonghae naval unit on an anti-piracy mission in waters off Africa.

The apology came a day after virus tests showed that 247, or 82 percent, of the 301-member unit were infected, the worst-ever infection cluster among service members blamed on poor initial responses, such as giving only cold medicine to a sailor who first developed symptoms.

The defense ministry also came under fire for excluding the unit from its vaccination campaign. Officials said the unit left for Africa before the vaccination began and it was difficult to transfer vaccines out of the country under contracts with vaccine suppliers and over safety concerns.

"I'd like to extend my deepest apologies ... for failing to more carefully take care of Cheonghae Unit members, who have devoted themselves to the nation and the people out at sea, resulting in many being infected. I feel heavy responsibility," Suh said in a message to the people.

Admitting that the government failed to do enough to vaccinate the troops, he vowed to come up with and thoroughly implement follow-up measures to ensure the safety of troops overseas.

All the members are scheduled to return home later in the day aboard aerial tankers, about a month ahead of schedule, and will be sent to military hospitals and other treatment facilities reserved for COVID-19 patients.

"The Cheonghae unit members are scheduled to arrive here this evening after successfully carrying out their missions. The defense ministry will do its best to help them recover their health," Suh said. The military has drawn criticism for poor initial responses to the virus situation and the mismanagement of its troops overseas.

Contact tracing is under way, but the outbreak appears to have begun after the destroyer, the Munmu the Great, was docked at an African port from June 28-July 1 to load supplies.

Though an officer showed symptoms of a cold one day after the vessel left the port, he was simply given cold medicine without undergoing a virus test.

The military also did not immediately seek PCR tests and rather used less reliable rapid testing kits when a dozen others suffered similar symptoms, which resulted in belated quarantine measures and the subsequent mass infection, according to experts and lawmakers.

None of the crewmembers had been vaccinated, as the vessel left South Korea in early February, weeks before the country began the vaccination program.

The government has said that it has not sent vaccines to the unit out of safety concerns in terms of their transportation to Africa and vaccination aboard the ship.

Earlier in the day, President Moon Jae-in said his government humbly accepts such criticism and called on the authorities to handle the issue thoroughly.

Up until now, around 73 percent of some 1,300 troops on overseas missions have been fully vaccinated, including most of the new batch of the Cheonghae unit, according to the ministry. 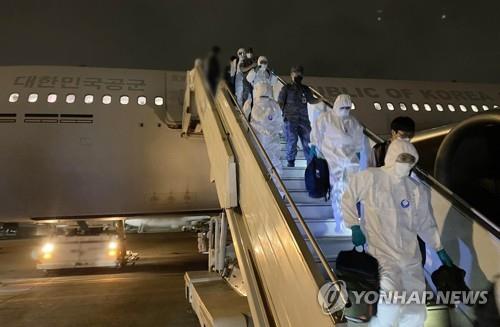 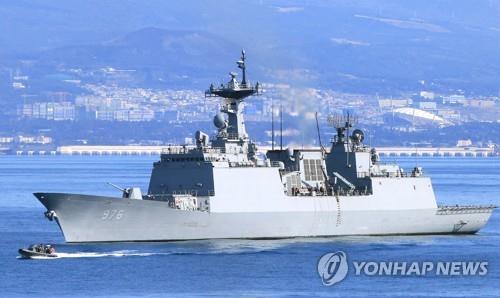