TOKYO, July 20 (Yonhap) -- South Korean artistic gymnast Yeo Seo-jeong will try to match in Tokyo this summer what her father did 25 years ago in Atlanta: win an Olympic medal.

In that gymnast family, the senior Yeo is the only one with an Olympic medal, a silver in the men's vault from 1996. 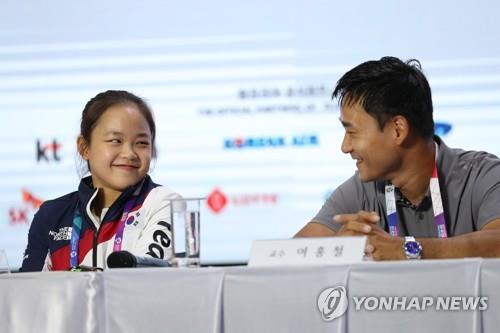 Having finished fifth in the vault at the 2019 world championships, she will try to become the first female gymnast from South Korea to reach an Olympic podium.

Perhaps the most famous second-generation South Korean Olympian this year is Lee Jung-hoo, a star outfielder for the baseball team. The 2017 Rookie of the Year in the Korea Baseball Organization (KBO) is a highly successful ballplayer himself, but it will take him a little more time to completely move out of the shadow of his father, retired KBO legend Lee Jong-beom.

At the peak of his powers in the 1990s, the senior Lee was the most complete player in the South Korean league, a sleek-fielding shortstop who hit for power and average and stole 80 bases.

His son, who plays in the outfield, has developed into a veritable hitting machine, with a career .337 batting average in his fifth season. Jung-hoo doesn't have quite the tools that his father had, but on the other hand, his father never played in the Olympics.

South Korea was knocked out of the qualifying stages for the 1992 and 2004 Olympics when Lee Jong-beom was on the national team. 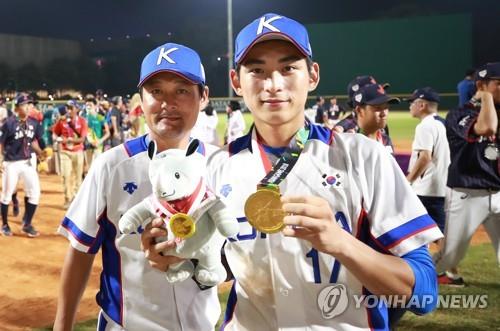 One of his contemporaries in the KBO, Yoon Hak-gil, has a child competing in these Olympic Games, too, but not in baseball.

Yoon Ji-su will compete in her second straight Olympics in the women's sabre fencing, in pursuit of her first medal.

The senior Yoon holds the all-time KBO record with 100 complete games pitched. The next pitcher on the list has 81, and no active pitcher is ranked inside the top 20. Though she competes in a different sport, relentlessness and determination probably run in Ji-su's blood, too.

Her father pitched at the 1984 Los Angeles Olympics, where baseball was still a demonstration sport. South Korea lost to the United States in the semifinals and then to Chinese Taipei in the bronze medal game. 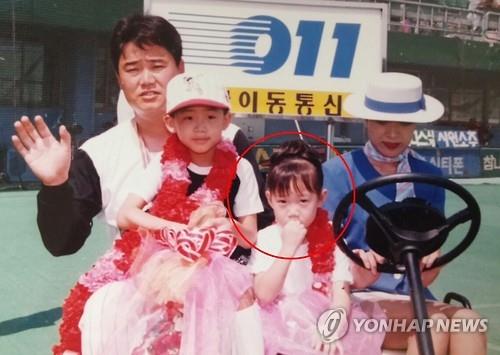 Park Ji-su on the women's basketball team comes from an athletic family, as well. Her father, Park Sang-gwan, played on the men's national team in the early 1990s, though never in the Olympics. He married a former player of the national junior volleyball team named Lee Soo-kyung. Their first child, Park Joon-hyuk, played basketball growing up but ended up becoming a professional volleyball player. Ji-su stuck with basketball and is now playing for the Las Vegas Aces in the WNBA.

She is the first in her family to play in the Olympics. 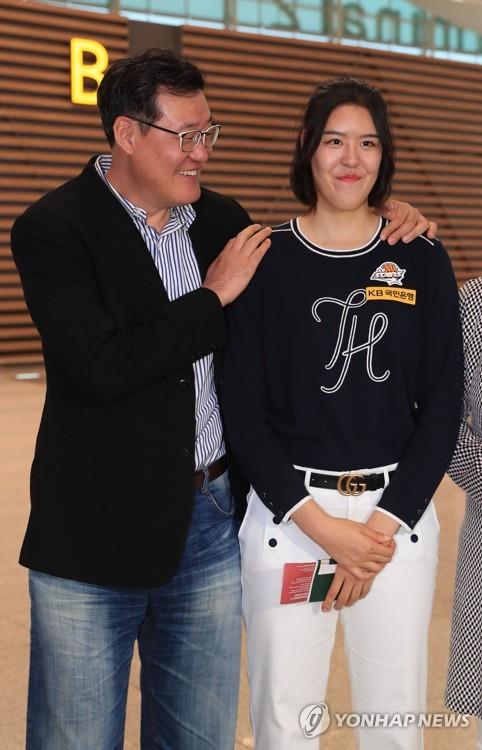 (Olympics) From gymnast to baseball star to fencer, 2nd-generation athletes look to do families proud

(Olympics) From gymnast to baseball star to fencer, 2nd-generation athletes look to do families proud