SEOUL, July 21 (Yonhap) -- South Korea's daily new coronavirus cases hit a fresh high of over 1,700 on Wednesday as cluster infections continued to spread across the nation amid a fast rise of highly contagious delta variant cases.

The country added 1,784 COVID-19 cases, including 1,726 local infections, raising the total caseload to 182,265, according to the Korea Disease Control and Prevention Agency (KDCA).

The latest figure was the highest ever since the country confirmed the first case in January 2020.

The daily caseload has remained above the 1,000 mark over the past two weeks due to the resurgence in the greater Seoul area, and it has been spreading across the nation despite the nation's vaccination drive.

The country added one more COVID-19 death, raising the death toll to 2,060. 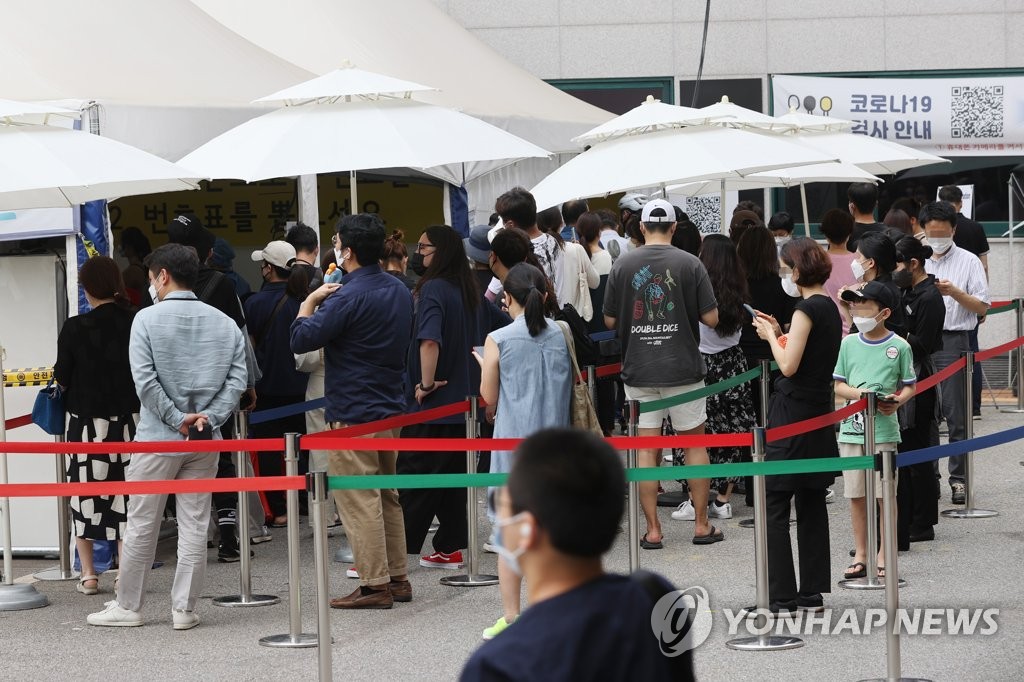 The greater Seoul area, home to half of the country's 51.3 million population, has emerged as a virus hot spot due to continued cluster infections, but new infections in the non-capital area have also risen to take up a record high of 32.9 percent of the total Tuesday.

Health authorities voiced concerns over the fast spread of the delta variant with 951 new cases reported in the previous seven days, which accounted for 76 percent of the 1,252 locally transmitted variant cases.

In response to a sharp hike in new cases in non-capital areas, health authorities tightened virus curbs to limit gatherings of more than four people across the nation, which went into effect Monday for two weeks.

Since last week, the Seoul metropolitan area has been under the highest level of the four-tier distancing measures, which ban gatherings of more than two people after 6 p.m. and place a 10 p.m. curfew on restaurants and cafes, as well as a ban on night clubs and bars. 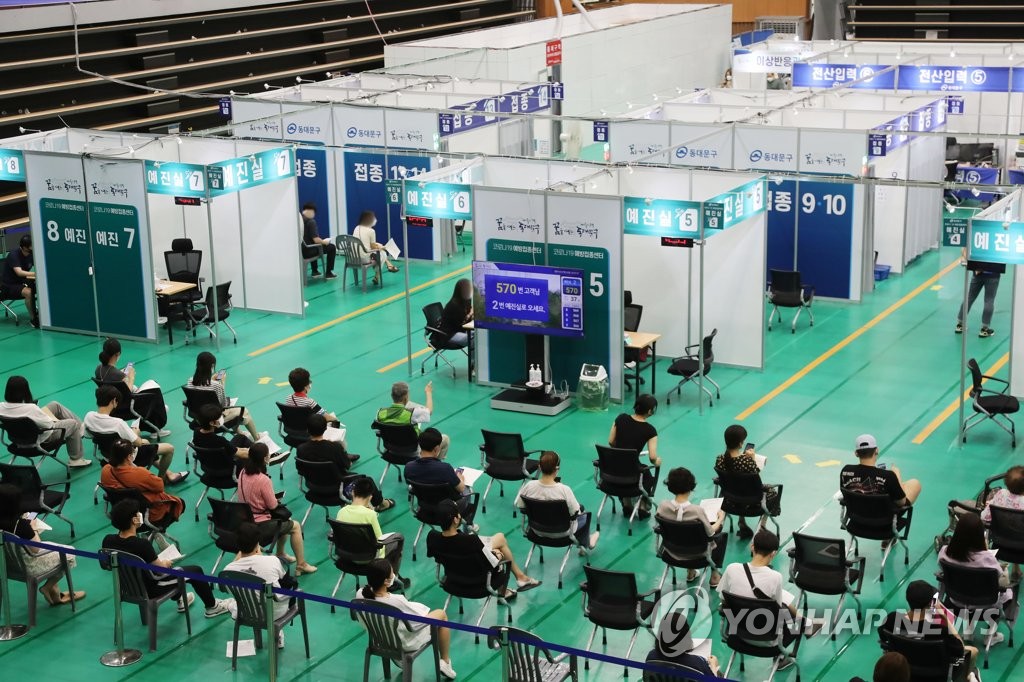 A total of 16.3 million people, or 32 percent of the country's population, have received their first shots of COVID-19 vaccines and 6.6 million people have been fully vaccinated, the KDCA said.

Following the early vaccine rollout to the elderly population and priority groups, such as medical staff and social service workers, those aged between 50 and 54 can now book their vaccinations online, which will begin next week.

Of the newly confirmed domestic cases, 599 were from Seoul, 450 from the surrounding Gyeonggi Province and 126 from the western port city of Incheon.

The southeastern port city of Busan and its surrounding South Gyeongsang Province reported 100 and 86, respectively, as more people tested positive after going to entertainment venues.

Imported cases came to 58, with 11 from Uzbekistan and 10 from Indonesia.

New daily cases set another record of over 1,700 amid rise of delta variant

New daily cases set another record of over 1,700 amid rise of delta variant