The Korean Confederation of Trade Unions (KCTU) plans to stage two large rallies in Wonju, 140 kilometers southeast of Seoul, on Friday and a week later, with over 1,000 members reportedly planning to gather at the event slated for Friday.

The rallies were reportedly arranged to support a walkout of unionized workers of the National Health Insurance Service's call center demanding for direct employment status. Wonju is currently under Level 2 social distancing guidelines and allows up to 99 people at public rallies.

The labor group has been under fire for hosting a large protest in downtown Seoul on July 3 attended by around 8,000 members in defiance of the government's social distancing protocols. Police have booked 23 members for allegedly violating quarantine regulations.

In a daily Interagency meeting on the nation's coronavirus response, Kim urged the KCTU to "cancel its large-scale rally plan," adding that "there can be no exception when it comes to compliance with quarantine measures." 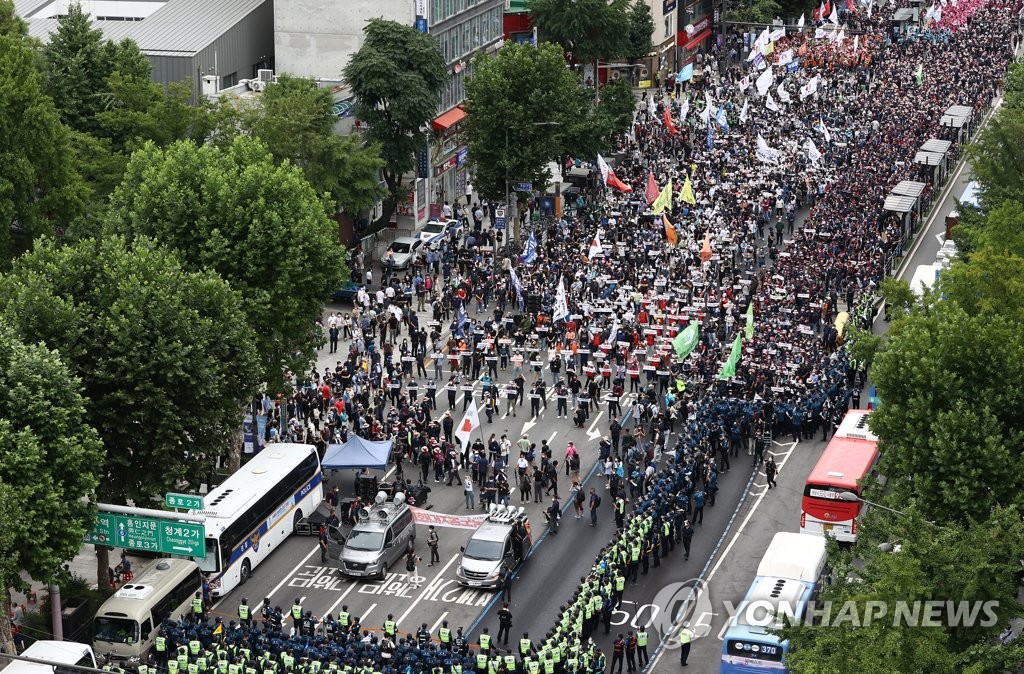 Kim also pressed the KCTU to fully cooperate with the ongoing police investigation, saying that the group has been "passive" in submitting the list of participants at its rally earlier this month.

Three participants at the earlier KCTU rally were confirmed to have contracted the virus. The government issued an executive order mandating everyone who took part in the event be tested.

Kim predicted the latest virus crisis to escalate the most during the late July-early August summer vacation period, and underscored the need for the nation to "take a pause for a moment" to flatten the virus curve. 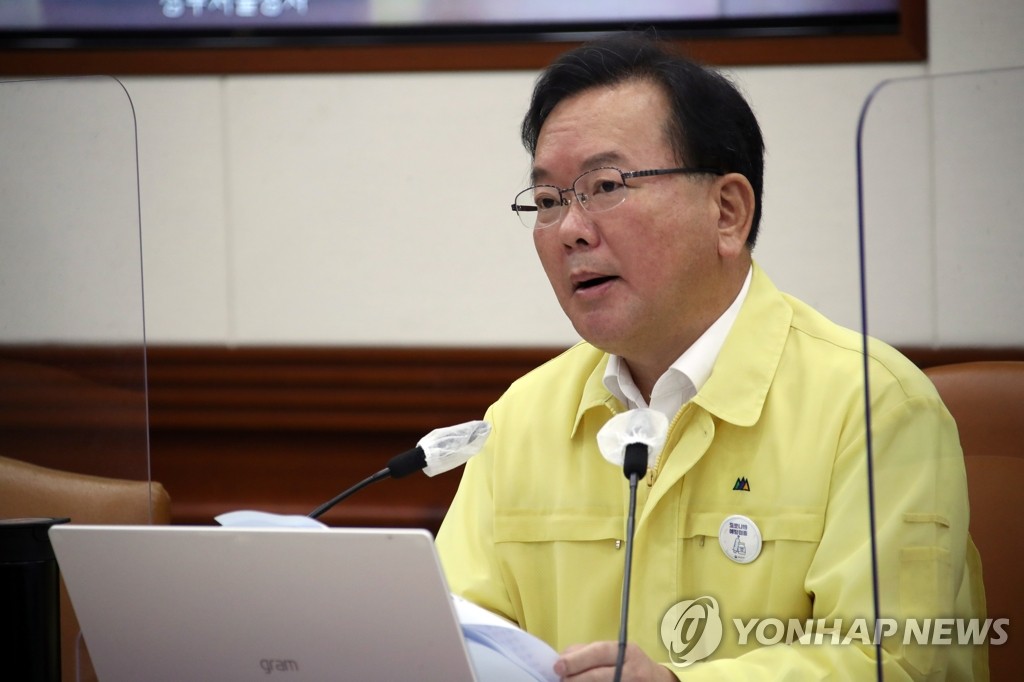