SEOUL, July 21 (Yonhap) -- An additional 23 members of the virus-hit Cheonghae naval unit tested positive for the new coronavirus, the defense ministry said Wednesday, raising the confirmed infection cases among the 301-member unit to 270.

According to virus tests conducted on all the members upon their return home from Africa the previous day, 270, or 89.7 percent, of them have tested positive for COVID-19, while 31 tested negative, the ministry said.

The unit on an anti-piracy mission in waters off Africa first reported six COVID-19 cases last week, and subsequent tests on the crewmembers aboard their destroyer, the Munmu the Great, confirmed a total of 247 cases as of Tuesday.

In the wake of the worst-ever mass outbreak among service members, the ministry brought them all home, weeks ahead of schedule, and sent them either to military hospitals or other facilities for treatment and necessary quarantine measures.

"Three of them showed moderate symptoms. We will continue to closely monitor the conditions of the crewmembers and take necessary steps," a ministry official said.

Their destroyer left an African port earlier in the day, after the ministry sent a team of crewmembers there Tuesday to pilot it back home.

The new batch of the Cheonghae unit arrived in the Gulf of Aden recently and is working to begin peacekeeping missions, according to officials. 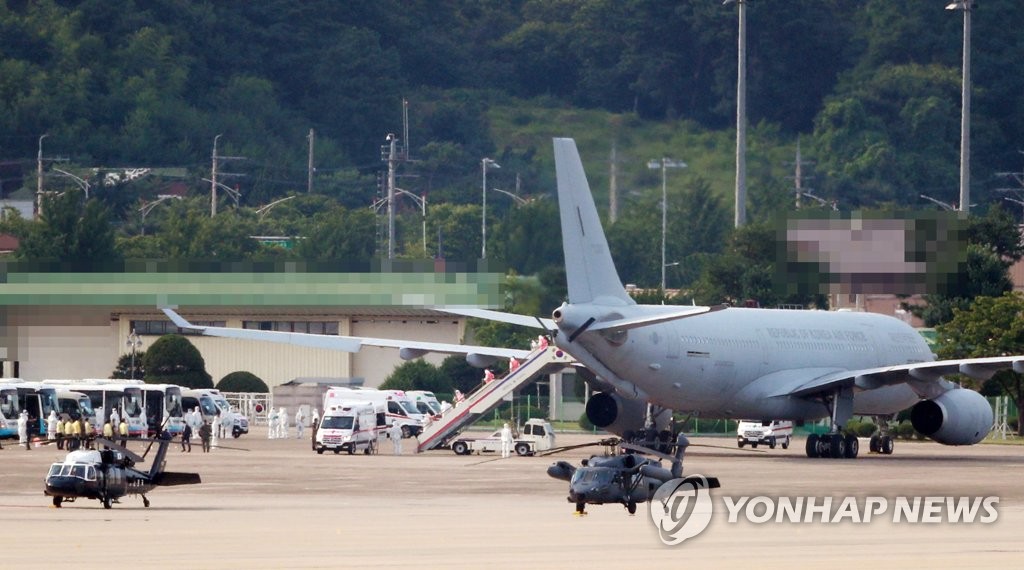 Contact tracing is under way, but the outbreak appears to have begun after the destroyer was docked at an African port from June 28-July 1 to load supplies. One day after the vessel left the port, one officer first showed symptoms of a cold and dozen others complained of similar symptoms about a week later.

"When loading supplies, one civilian pilot got on the vessel. But the individual, as well as our service members, wore protective gear," Vice Defense Minister Park Jae-min told a radio program. "After crewmembers are in a stable condition, we will carry out inquiries into the situation."

The military has drawn criticism for its poor initial response to the outbreak and for not actively seeking ways to inoculate them. None of them had been vaccinated as they left South Korea in February, weeks before the country began the vaccination campaign.

Defense Minister Suh Wook apologized over the incident, and vowed to review and supplement antivirus schemes for troops overseas. 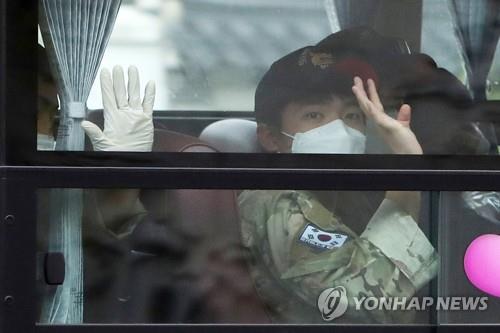