SEOUL, July 21 (Yonhap) -- The top court upheld the opinion rigging conviction of South Gyeongsang Province Gov. Kim Kyoung-soo, a close aide to President Moon Jae-in, on Wednesday, a decision that will strip Kim of his governorship and potentially deal a political blow to the president.

The Supreme Court maintained the verdict by the appeals court in November that Kim colluded with a team of online bloggers, including Kim Dong-won, widely known by his alias Druking, to illegally generate favorable opinions about the president ahead of the 2017 presidential election.

The 53-year-old was indicted in August 2018 for conspiring with Druking to jack up the number of "likes" on political comments by using computer software to benefit Moon in the presidential poll.

The top court rejected Kim's claims that he was not aware of Druking using the software to influence public opinions. It, however, upheld the lower court's decision to acquit him of allegedly making a secret offer of a consul general job in Sendai, Japan, for an associate of the blogger in return for the continuation of the secret online operations. 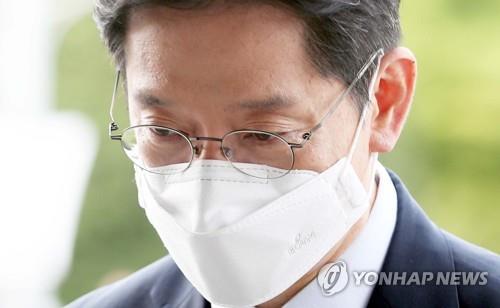 Huh Ik-bum, the special counsel who investigated the case, said the court held accountable a politician who "used his private network to rig public opinions."

"The verdict should warn people who are involved in elections that they should compete fairly," he added.

The governor maintained his innocence when answering questions from reporters following the verdict outside the office of South Gyeongsang Province.

"My efforts to prove my innocence have to stop here, and I will leave the final decision for the people to make," he said before leaving the office.

In January 2019, the Seoul Central District Court sentenced him to two years in prison for colluding with the political blogger to carry out the cyber operation. The court also added another 10 months in prison for Kim for violating the Public Official Election Act, with a stay of execution of two years, over the alleged job offer.

The appeals court also concluded that he knowingly participated in the operations but found him not guilty of violating the election law.

Upon the top court's decision, Kim will be put behind bars again. He was released on bail in April 2019, after serving 77 days following the first court ruling.

Under the relevant law, he is banned from running for public office until five years after he is released in 2023.

President Moon won the snap election in May 2017, which took place after his predecessor, Park Geun-hye, was impeached and ousted from office by the Constitutional Court over a corruption scandal.

Following the verdict, the main opposition People Power Party issued a statement calling the final conviction an "obvious outcome of a grave and shameless action that trampled over our democracy through rigging of public opinion."

The party also demanded that Moon apologize for "confusing the public" by maintaining his association with Kim during the governor's parole, and also pressed the ruling Democratic Party to apologize for "denying the spirit of constitutionalism" while having shielded the governor from accusations of criminal wrongdoings. 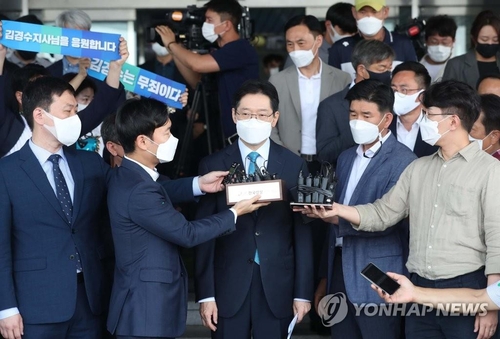