SEOUL, July 21 (Yonhap) -- Almost all parts of the nation, excluding some inland mountain and east coastal areas, were put under a heat wave warning or an advisory Wednesday, as a full-scale sweltering heat began to scorch the peninsula.

The Korea Meteorological Administration (KMA) said that daytime highs are to range from 28 C to 36 C nationwide in the day and the maximum daily temperature may further rise to 38 C later this week. 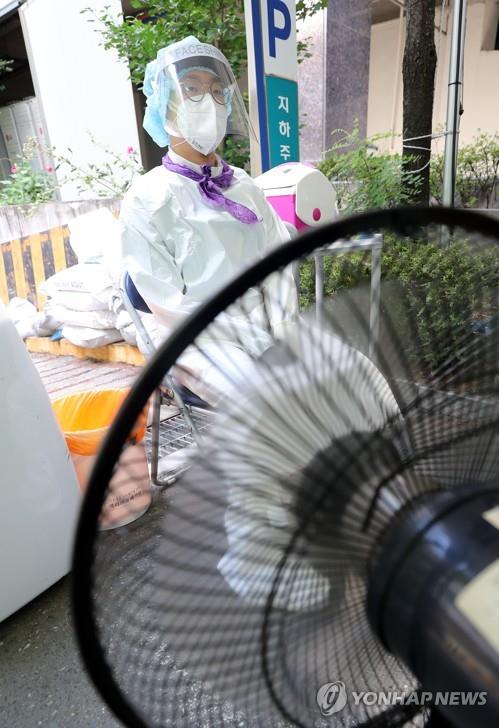 A heat wave warning has been in place in Seoul for two days and the mercury is forecast to soar to 36 C in the capital area Wednesday afternoon, the agency said, adding the sensible temperatures will be higher by 1 C or more due to high humidity.

Such a warning is issued when apparent temperatures are expected to exceed 35 C for two or more days or when severe damage is expected from the heat.

Busan, southern Jeju Island, and western and southern coastal areas were put under a heat wave advisory, which is issued when apparent temperatures are expected to exceed 33 C for two or more days.

The KMA said that the nation may be hit by a so-called heat dome phenomenon, as the North Pacific high pressure and the Tibetan high pressure, both containing hot air, are forecast to meet over the peninsula. A heat dome is a phenomenon in which high pressure stagnates in an area and acts like a pressure cooker to trap sweltering heat and continue to raise temperatures.

It also cautioned that residents in urban areas will also suffer from the tropical night phenomenon, which occurs when the temperature does not fall under 25 C during the nighttime.