With regard to the issue, the president pointed out that it is not commensurate with South Korea's stature as an information and technology powerhouse, she said.

The government opened a vaccination booking system for people aged 53 and 54 on Monday night. But it crashed, just as it did last week while receiving reservations from those aged between 55 and 59. The Korea Disease Control and Prevention Agency (KDCA) said the server was overloaded.

Moon urged an interagency response led not just by the KDCA but also by the Ministry of the Interior and Safety, which is in charge of the e-government system, and the Ministry of Science and ICT. 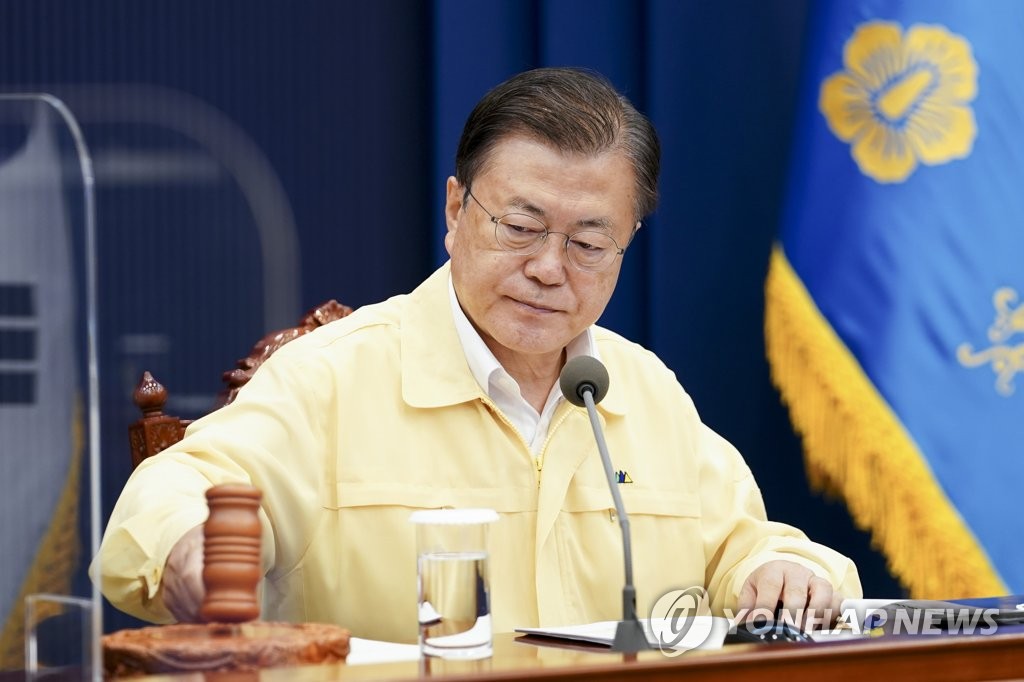