SEOUL, July 21 (Yonhap) -- Defense Minister Suh Wook met with his British counterpart Ben Wallace in Seoul on Wednesday and discussed ways of deepening cooperation, the defense ministry said, as the European country seeks to expand its presence in the Indo-Pacific region.

Calling South Korea a key cooperation partner in the region, Wallace said he hopes to boost exchanges and cooperation with the country in the defense sector, noting that his trip highlights Britain's commitment to prosperity and development of the Indo-Pacific region, according to the ministry.

Wallace arrived here from Japan as part of his Asia swing, with Britain's HMS Queen Elizabeth aircraft carrier scheduled to make a port call in the southeastern port of Busan around September. 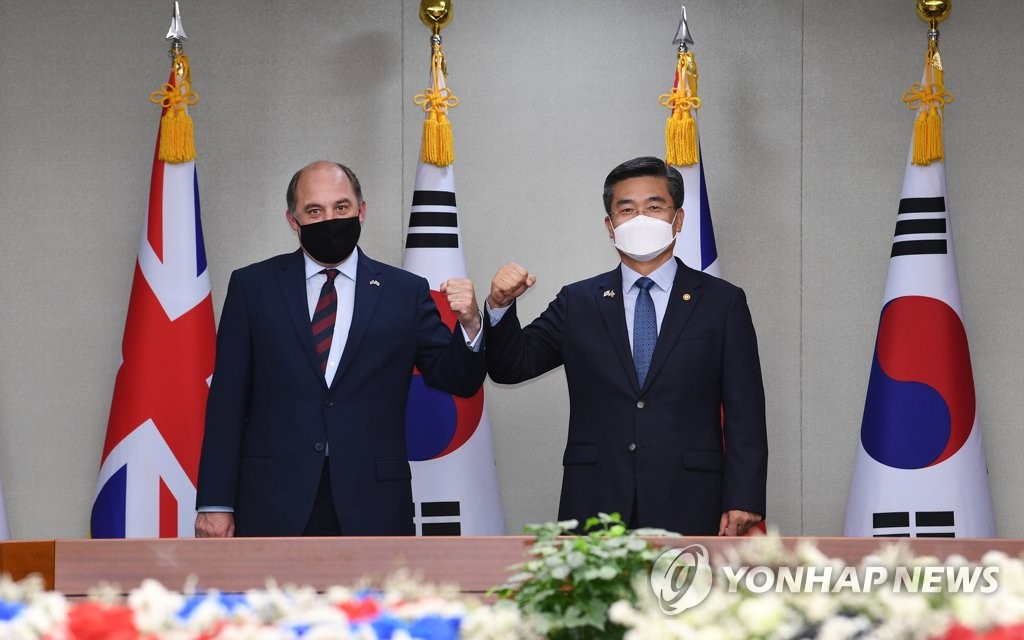 The aircraft carrier's Busan visit reflects Britain's interest in the region, Wallace said, adding that the two navies are in talks to share experience of operating aircraft carriers. South Korea is pushing to secure a 30,000-ton-class light aircraft carrier with its own technologies by 2033.

Suh welcomed Britain's focus on the region and called for support for the denuclearization of the Korean Peninsula.

Wallace said Britain actively supports Seoul's efforts for denuclearization and improvement in inter-Korean relations, and vowed to provide any assistance if necessary.

The two ministers agreed to push for the establishment of regular military consultation channels, as well as high-level exchanges, as soon as the COVID-19 situation improves.

Britain said it is considering sending a senior official to the Seoul Defense Dialogue, an annual vice ministerial-level security forum slated for September, and vowed support for a U.N. ministerial conference on peacekeeping operations, also to be hosted by South Korea, in December, according to the ministry.

Later in the day, Wallace visited the truce village of Panmunjom in the inter-Korean border to reaffirm Britain's support for South Korea's efforts to improve relations with the North, and Britain's commitment to North Korea's denuclearization, the British Embassy in Seoul said in a Twitter post. 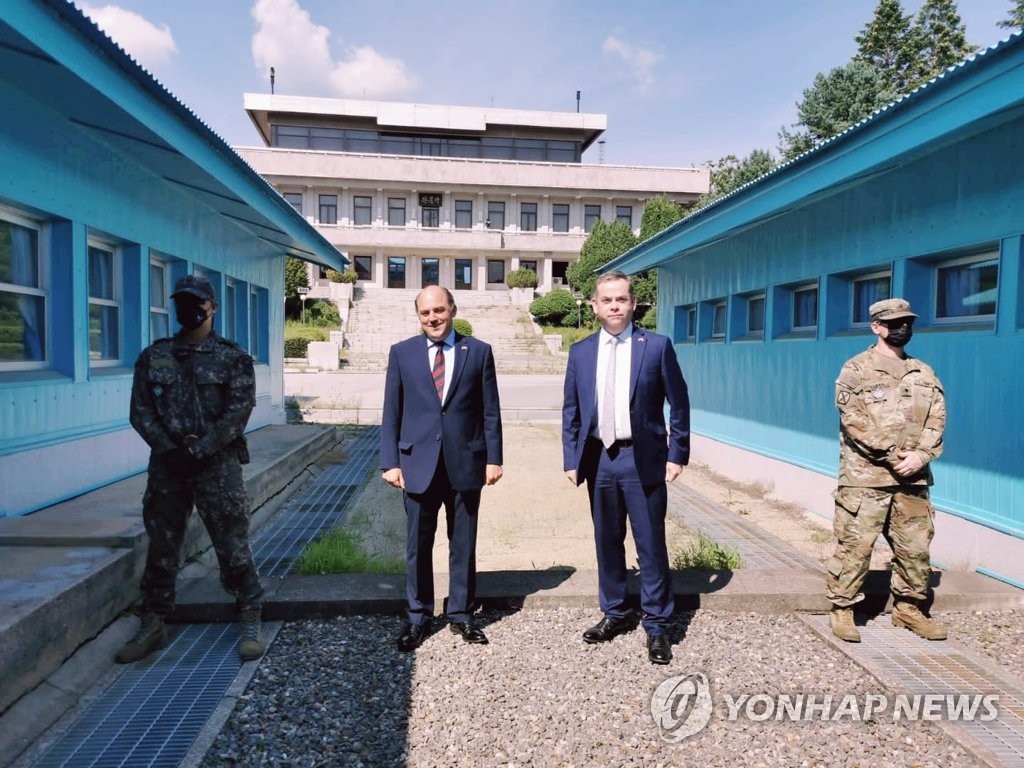