TOKYO, July 21 (Yonhap) -- Perhaps the worst thing a coach can do to his athletes, especially at a pressure cooker that is the Olympics, is to put more weight on their shoulders. Repeating messages about the importance of this and the magnitude of that can do that.

Kim Hak-bum, head coach of the South Korean men's football team at the Tokyo Olympics, wants to go in a different direction. On Wednesday, the eve of his squad's first Group B match against New Zealand, Kim said his plan is to unleash his players and let them have fun on the pitch. 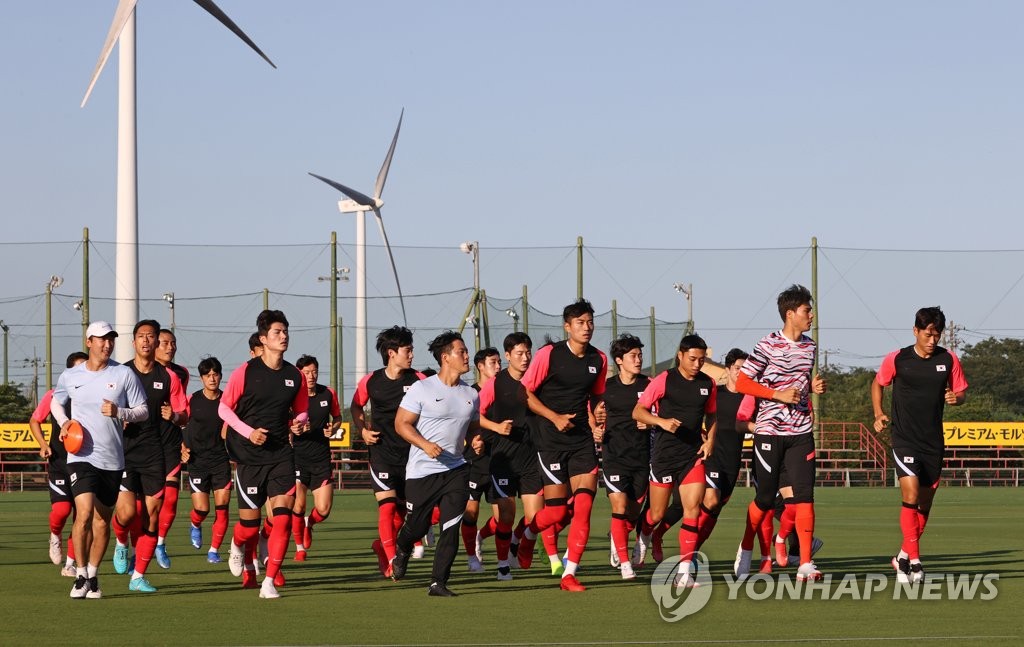 "In situations like this, I always tell my players to enjoy themselves and I remind them there's no need to tighten up and feel nervous," Kim said at his prematch press conference at Ibaraki Kashima Stadium in Kashima, about 110 kilometers northeast of Tokyo. The kickoff against New Zealand is 5 p.m. Thursday at the same venue.

"First matches are always exciting and nervous, because no one knows how things will play out," Kim said. "It's important for our players to overcome some of the mental challenges. And I think our players should be just fine on that front. They know how to control their emotions."

South Korea will try to top the bronze medal won at the 2012 London Olympics, the country's best performance in an Olympic men's football tournament to date. After New Zealand, Kim's team will face Romania on Sunday and Honduras next Wednesday.

Kim rejected the insinuation from a reporter that New Zealand would be the weakest link in Group B and South Korea would thus have to try to score as many goals as they can while they can. 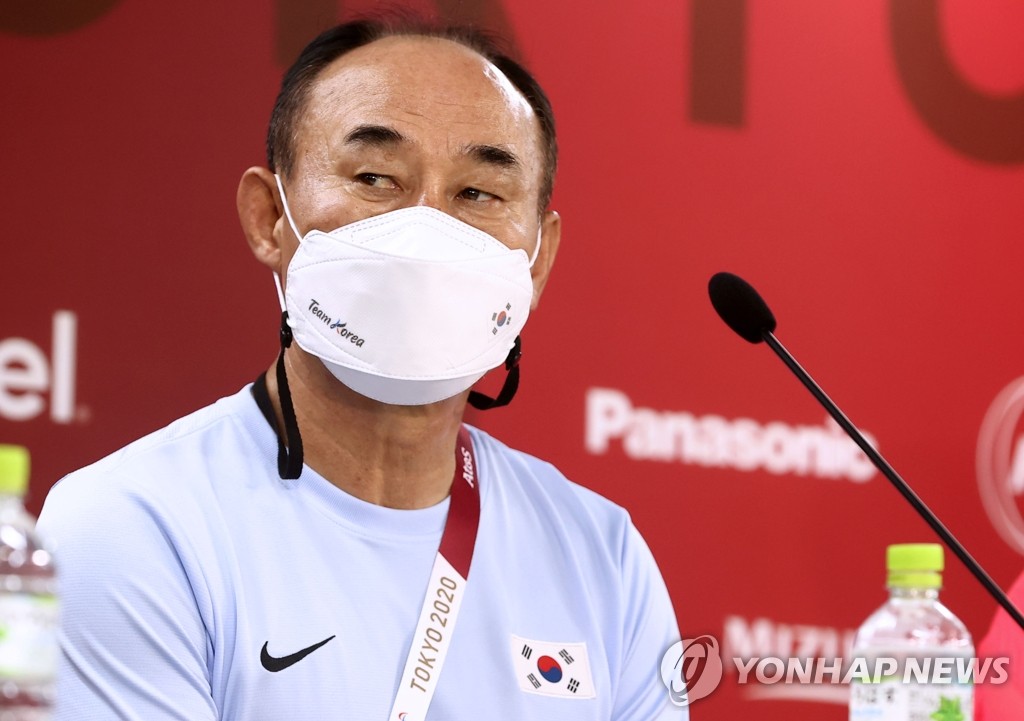 "I think we have to be careful about regarding any team as an easy opponent," Kim said. "New Zealand will field a great team. They have a dozen players based in Europe, and a lot of them have been competing together since their youth days. I think we'll have an exciting match tomorrow."

South Korea had an up-and-down stretch last week. They failed to win any of their two tuneup matches on home soil, playing Argentina to a 2-2 draw and then losing to France 2-1.

Scoring twice against Argentina, including a last-gasp equalizer by Um Won-sang, was encouraging, but South Korea's defense was badly exposed. In the second match, South Korea gave up two consecutive goals with less than 10 minutes left to snatch defeat from the jaws of victory. Goalkeeper Song Bum-keun, the usually reliable presence in net, let a shot through his wickets for the second French goal.

Song and the defenders playing in front of him will need their confidence back in time to contain New Zealand striker Chris Wood.

Wood, at 29, is one of two overage players for New Zealand's under-24 Olympic team. He is also their most dangerous attacking option, having netted 46 goals over the past four Premier League seasons for Burnley, including 12 this past season. 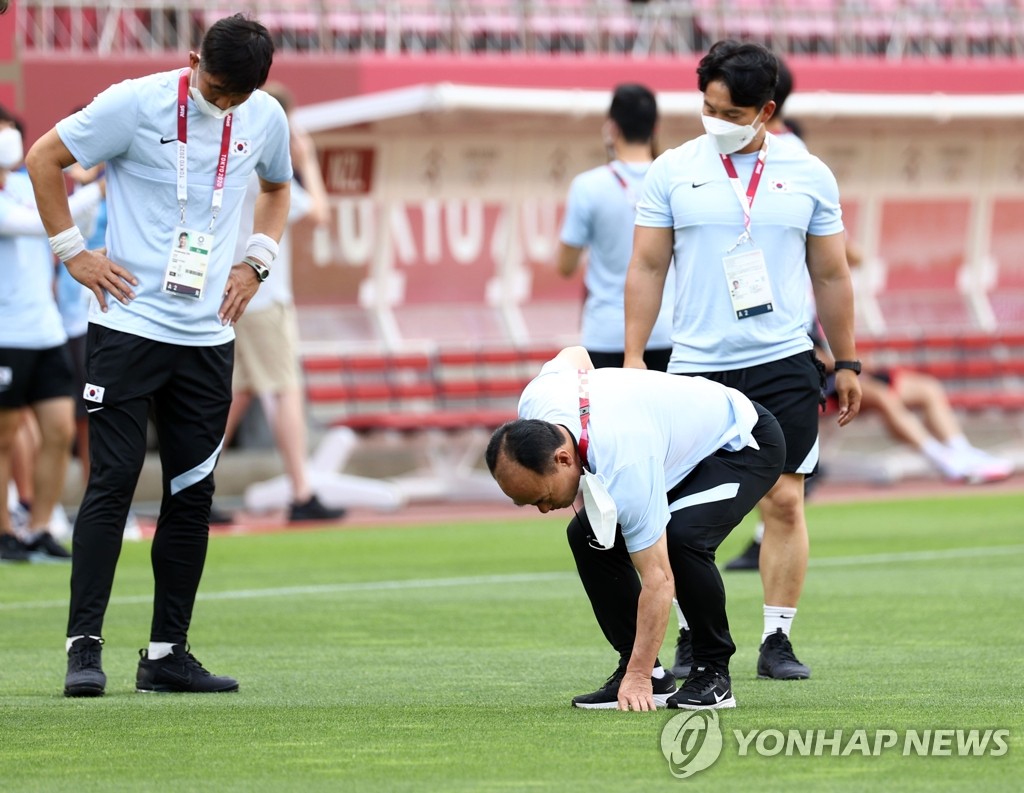 Listed at 191 centimeters, Wood will be a threat in the air, too. With that in mind, South Korean defenders went through drills on aerial battles during Tuesday's practice.

South Korean backs are capable of some physical play, too. Centerback partners Jeong Tae-wook (194 centimeters) and Lee Sang-min (188 centimeters) certainly have the build to duel Wood.

Lee, accompanying his coach to Wednesday's presser, said he has been poring over videos on Wood to study his positioning and his tendencies.

"We'll be constantly talking to one another on defense," Lee said. "If man-to-man marking doesn't work, we'll get an extra body on Wood."

A glaring hole on the backline, and the one that will never be appropriately filled, was created by the absence of centerback Kim Min-jae. The Beijing Guoan defender was originally selected as an overage player, but his Chinese club refused to make him available for the Olympics. 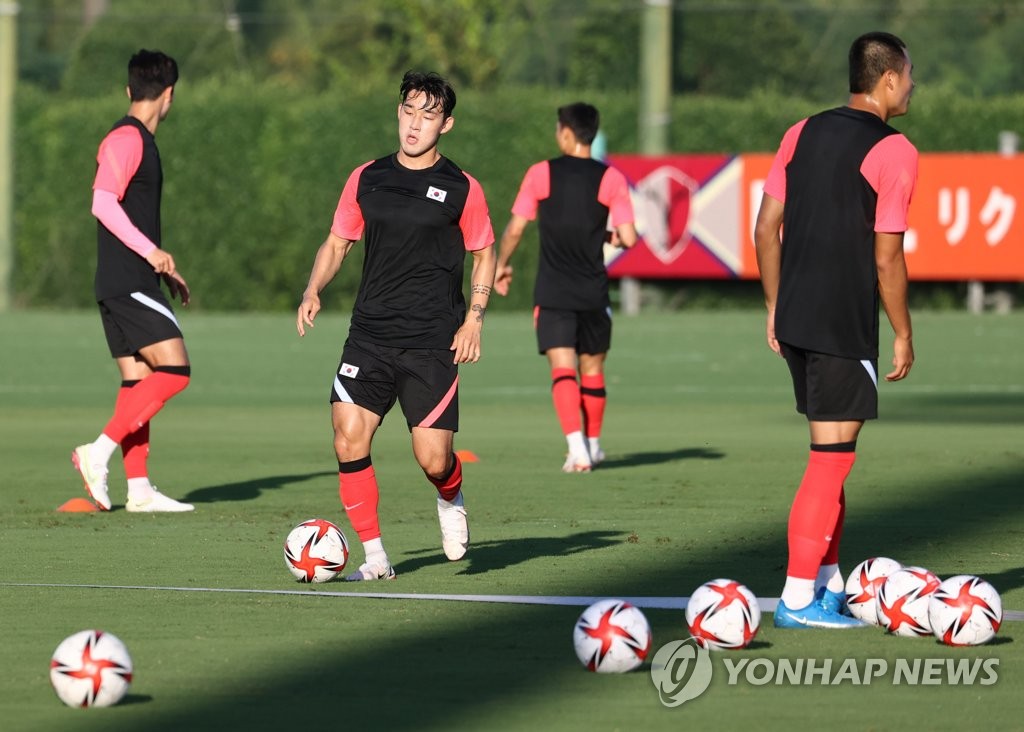 Unlike FIFA World Cup or international friendlies, releasing players for the Olympics is optional for clubs.

South Korea tried to negotiate Kim's release until the last minute and only dropped Kim on Friday, hours before playing France. His replacement, Park Ji-soo, has not yet played with the rest of the team.

Head coach Kim Hak-bum earlier hinted that he will ease Park into action, and the Gimcheon Sangmu defender may not play Thursday.

Lee, the captain, said Park has fit into the team nicely and chemistry on the back won't be an issue because of the constant communication and Park's own ability. 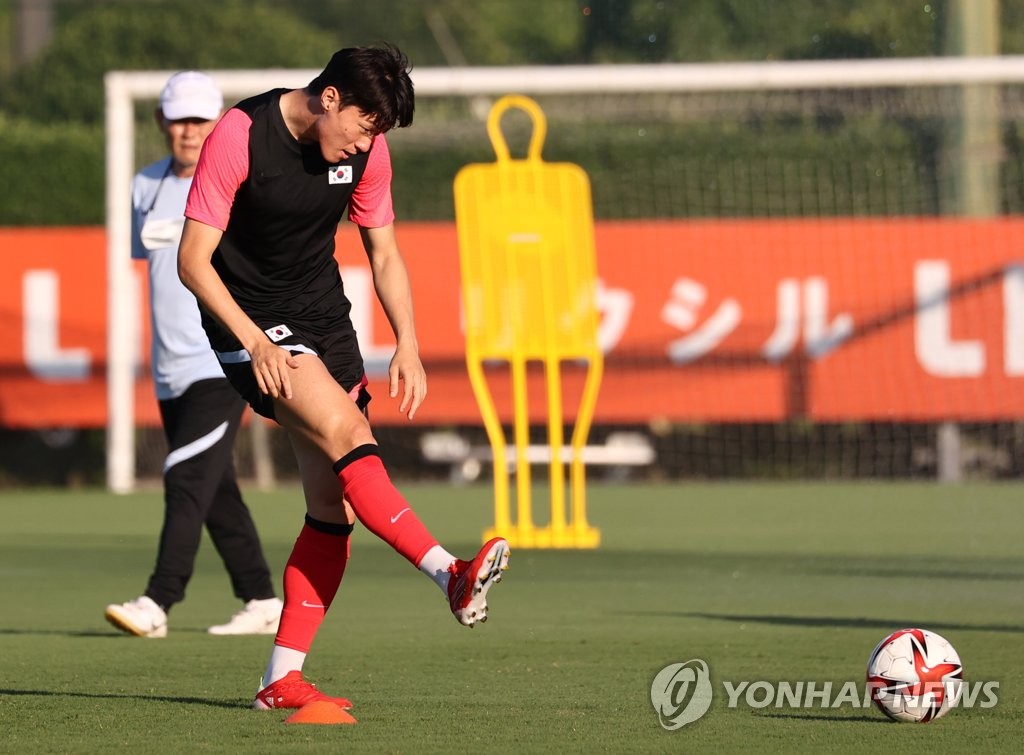 At his own press conference held earlier Wednesday, New Zealand head coach Danny Hay noted South Korea's style of play "is very structured" and his team's first match will be "a tough challenge."

"We see that they've got real strengths on the counterattack, quick players in the wide areas, and real ability through the midfield," Hay said. "And they're very structured defensively as well. We know we're going to have to work really hard to try to create opportunities to score goals. But we're looking forward to testing ourselves against them. We're going into this tournament fearing nobody. We think we can give everybody a really good game."

There are four groups of four countries in the preliminary stage. The top two teams from each group will advance to the quarterfinals. 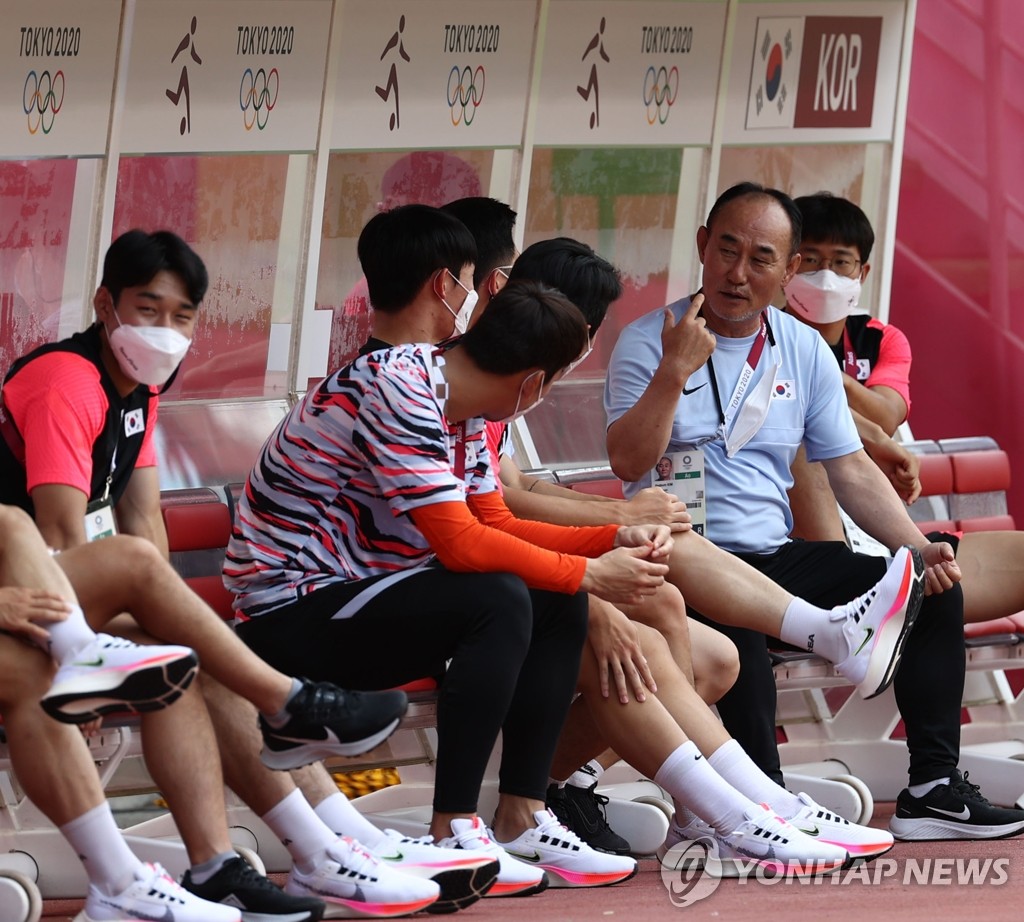